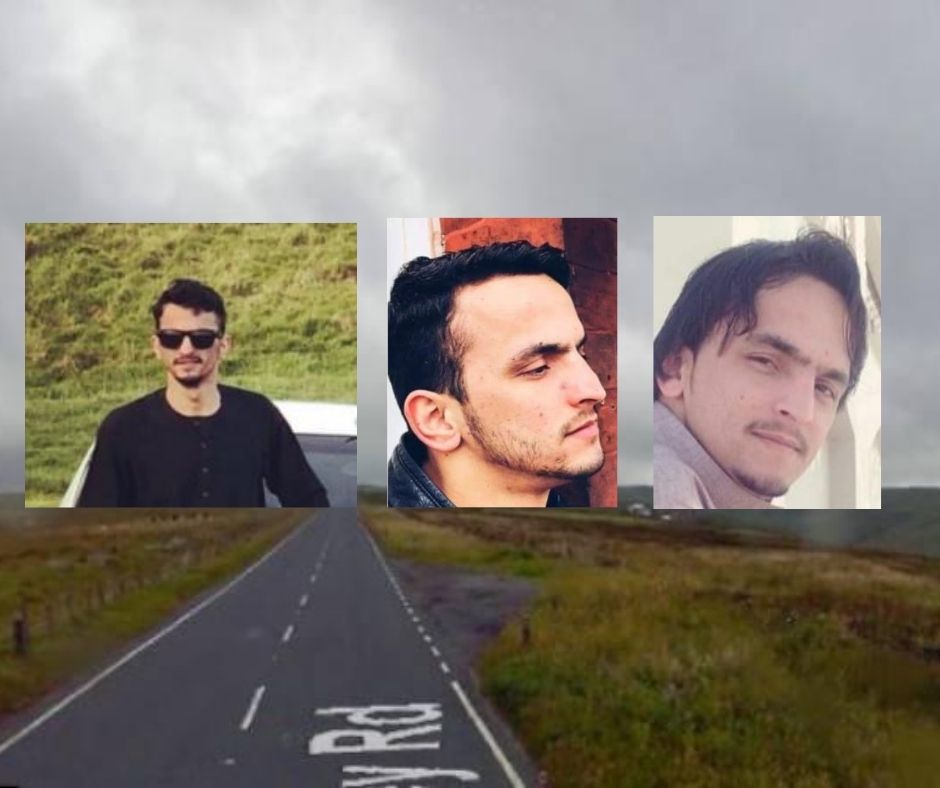 Police investigating the death of a takeaway owner from Ashton, whose body was found on a remote moorland road a year ago, are appealing for anyone who knew him to come forward.

Najeebullah Nekzad, 19, was found by a PCSO in a grey coloured Fiat Punto on New Hey Road in Huddersfield on Saturday 31 August 2019, shortly before 11.10am.

The officer found the body of Mr Nekzad inside the vehicle, which had been left near the old Nont Sarah’s Hotel.

Detectives have since established that Najeebullah was last seen leaving work – the Chick Corner takeaway on Old Street in Ashton in the early hours of Wednesday 28 August.

He died of neck injuries and his death is being treated as murder. Three men - aged 36, 28 and 19 - who were arrested on suspicion of murder have been released under investigation.

After the discovery of Najeebullah’s body last year, officers launched an appeal to trace three potential witnesses who were seen in the area between 9.50am and 10.10am on 28 August. Officers say they no longer need to speak to them as part of the enquiry.

Detective Chief Superintendent Pat Twiggs, who is leading the investigation, said: "Najeebullah was a young man with his life ahead of him. He was a husband and father and was known in the local Ashton community, working as a delivery driver for the takeaway.

"We believe that finding out more about his personal life could be the key breakthrough we need in this case but we really know very little about Najeebullah – anyone who has information about him could help to make all the difference."

Photos of Najeebullah – taken from his social media profile - have been released to help encourage people who knew him to come forward.

Det Chf Supt Twiggs added: "We know he came from Afghanistan originally and still had links there as well as being well-known on social media (facebook messenger in particular but also WhatsApp).

"His social media contacts and friends may have known him by a different name or thought he was older than the age we have for him. The other names we know he was known by were Zargiya Lewanya, Yousaf Nekzad and Armanii Zargaii.

"He also had contacts in Europe – and possibly travelled in Germany and Budapest (Hungary) last year.

"We also believe he liked to spend time walking on the moors. But beyond that we know very little about him and I am appealing directly to anyone who knew him or thinks they knew him – either through his work in Ashton, in person or through social media to get in touch.

"Although I am investigating this crime as a West Yorkshire Police officer [as his body was left in the Kirklees area] I am also appealing to people in Ashton-Under-Lyne and the wider Greater Manchester area to get in touch if they can help.

"Likewise we are appealing to people in Afghanistan who knew him to let us know."

A dedicated mobile has been set up for anyone with information to call (leave a message – it will be picked up) or text. The number is 07787 415174.

Alternatively you can email xc.palmetto@westyorkshire.pnn.police.uk, call the main police switchboard on 101, use Live Chat at https://www.westyorkshire.police.uk/101LiveChat, quoting Operation Palmetto or log 438 of 30 August 2019.