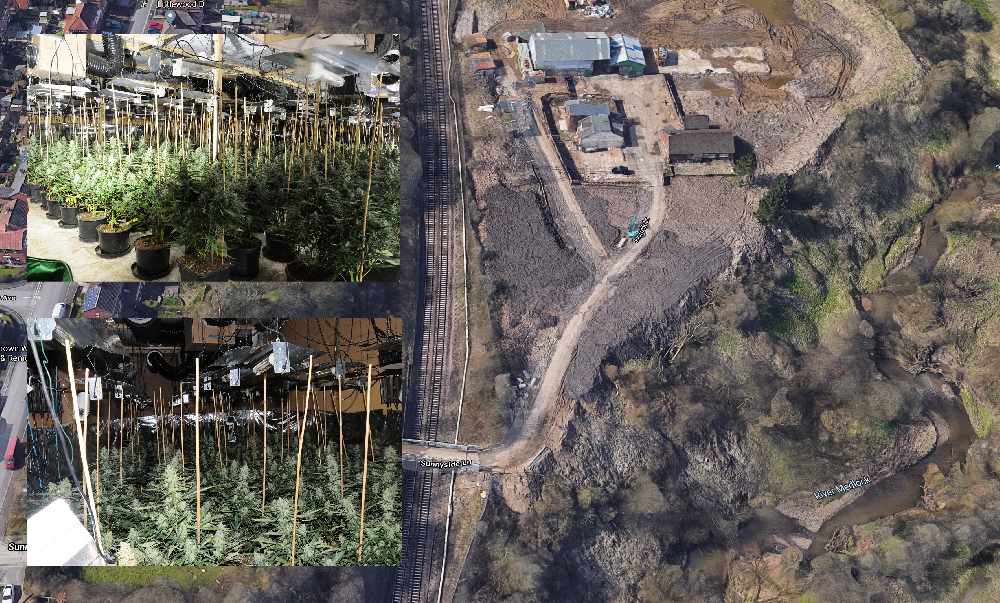 Four men have been charged after over 700 suspected cannabis plants were discovered at a site raided by police in Droylsden.

Alban Xhika (30), Erin Canaj (34), Andri Koci (23), and Saimir Doda (30) - all of no fixed abode - have each been charged with the production of cannabis, after being arrested earlier this week.

They have been remanded in custody and are due to appear at Tameside Magistrates' Court on Thursday morning (1 April).

Approximately half a million pounds worth of suspected cannabis was recovered in an abandoned building on the farm land.

It was discovered off Sunnyside Lane on Tuesday (30 March) after officers from GMP Tameside's Challenger executed a warrant, as part of an operation into the supply of drugs in Tameside and the UK.

Police believe the site is linked to an organised crime group involved in large scale drug and people trafficking across the country.

They say the investigation comes after receiving concerns from the community and intelligence.