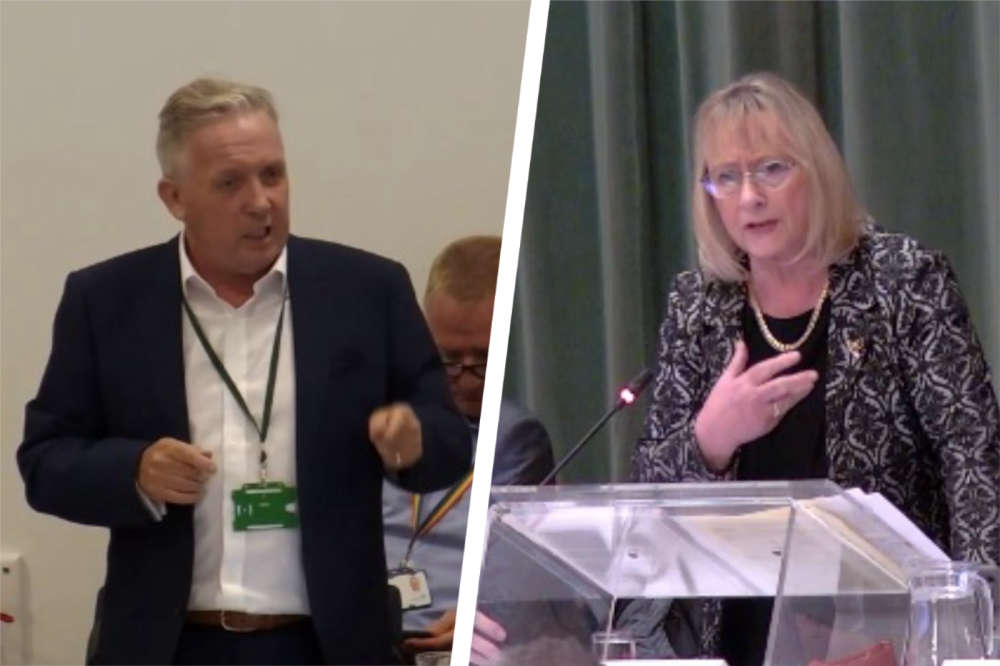 Tameside's first female council leader – who resigned at the eleventh hour amid what she described as a 'hostile' leadership challenge – has said they must now put their differences aside.

Denton West Councillor Brenda Warrington, who was elected to lead the council in 2018 following the death of Kieran Quinn, announced on Sunday that she would not contest the leadership.

She was being challenged by fellow cabinet member and long-serving Labour councillor Ged Cooney, who was appointed group leader unopposed at the party’s AGM on Sunday.

Coun Warrington implied she would fight Coun Cooney for the leadership, saying that the choice of the top role lay with the 48 members of the borough’s Labour group.

However party sources were confident that if put to the vote, Coun Warrington would lose – with one saying her support had ‘ebbed away’.

It was subsequently announced on Sunday that she had resigned the leadership ahead of the AGM.

She has not stepped down as a councillor and will continue to represent Denton West until it is contested, along with every council seat, in the ‘all out’ election next year.

In a letter to the Labour group on Sunday night, Coun Warrington said: “I do not accept the reasons put forward for the leadership challenge, but I do not believe it conducive to future demands to continue to dwell on and rebut them,” she added.

“We need to come together in the interest of our residents. The unpleasantness needs to end now.

“I do not wish to perpetuate the current situation within the group and in order to attempt to put an end to the divisiveness, and to ensure that we can get back to the important work we need to do on behalf of the residents of Tameside, I have decided that I will not pursue my nomination to continue to lead the Tameside Labour group at this time.

“There remains huge challenges ahead for Tameside council.

“We all owe it to our residents to put aside our differences and get on with the job of making Tameside a place of choice, the best possible place to live and work, and to create as much opportunity as possible for residents to get on and succeed.

“I hope that the many plans that I and my cabinet have developed to achieve that will be pursued.”

She concluded by saying it had been both a ‘challenge and a huge privilege’ to hold the role of executive leader.

Denton and Reddish MP Andrew Gwynne posted support on Twitter for Coun Warrington with a group photo on Sunday, stating: “Friends… however rough politics is, your friends are solid and see you through the dark times. Brenda has been a star in very difficult circumstances. She deserved much better treatment than she got from some of her “colleagues”. Onwards and upwards.”

Droyslden West Coun Cooney publicly launched a bid for the leadership in April, just weeks ahead of the local elections, stating that the borough needed ‘change’.

It followed months of rumbling discontent with the Labour group about Coun Warrington’s leadership style, the regeneration of Ashton town centre and the hugely contentious Godley Green Garden Village plans.

This came to a head shortly before the local elections when Coun Warrington – nicknamed ‘Brenda the Bulldozer’ by Tameside Tories – sparked a public furore by telling her political opponents the 2,150-home garden village would be ‘rammed down’ their throats.

In the May local elections Labour comfortably retained control of the town hall, despite losing two seats to the Conservatives – including in the contentious Hyde Godley ward.