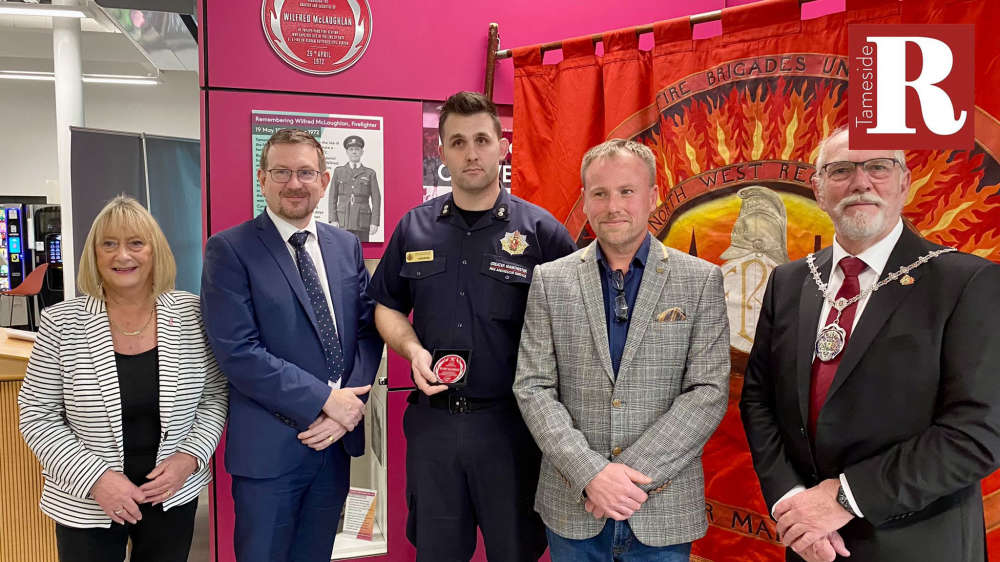 A plaque has been unveiled at the Tameside Wellness Centre in Denton in memory of a fallen firefighter, after a fellow firefighter uncovered details of his life nearly 50 years after he passed away.

Wilfred McLaughlan was attending a fire in a factory when the roof collapsed, on 25 April 1972. He died later from his injuries. On the day the fire broke out, he was three days away from his retirement.

Retired firefighter Graham Bowker was told about the loss of the firefighter when he was posted at McLaughlan’s former fire station five years after his passing.

When the site where the fire happened was developed, Bowker started researching the story and making enquiries with a view to having a plaque established on the site.

The fire took place at Oldham Batteries in Denton.

The plaque was unveiled at the factory’s former site, which has now been developed into the Wellness Centre on Lance Corporal Andrew Breeze Way, on Friday afternoon (19 November). 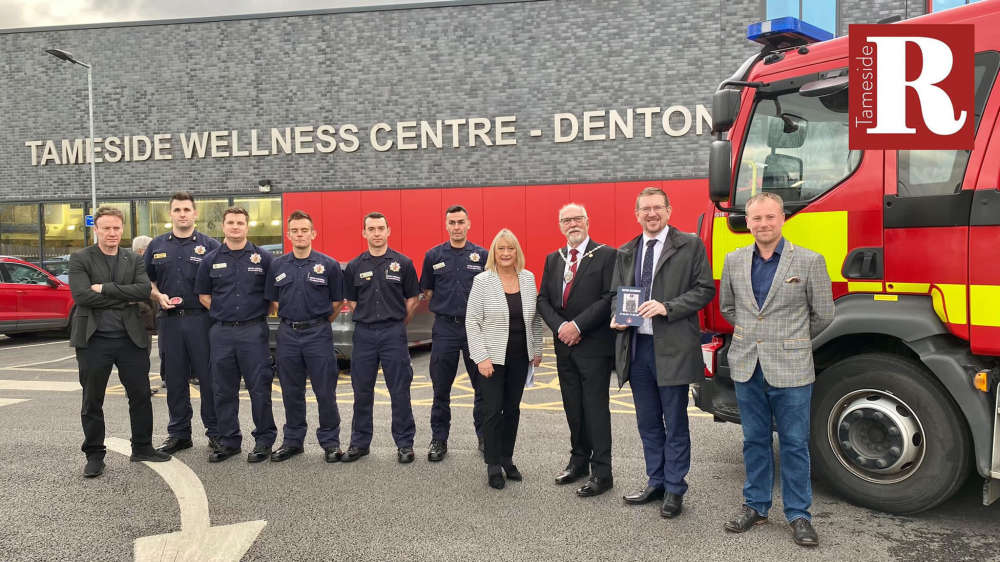 Among those present were Denton MP Andrew Gwynne and Denton West councillor Brenda Warrington, who is also leader of Tameside Council.

Graham said: “As firefighters, we are always mindful of the debt we owe to our fellow firefighters who came before us.

“I first heard this story as a young firefighter, and it has always stayed with me even though it’s been around 45 years since.

“When I saw the site was being built on I thought it was the right time to start trying to ensure that McLaughlan and his sacrifice were never forgotten. We owe it to him to ensure that that doesn’t happen.” 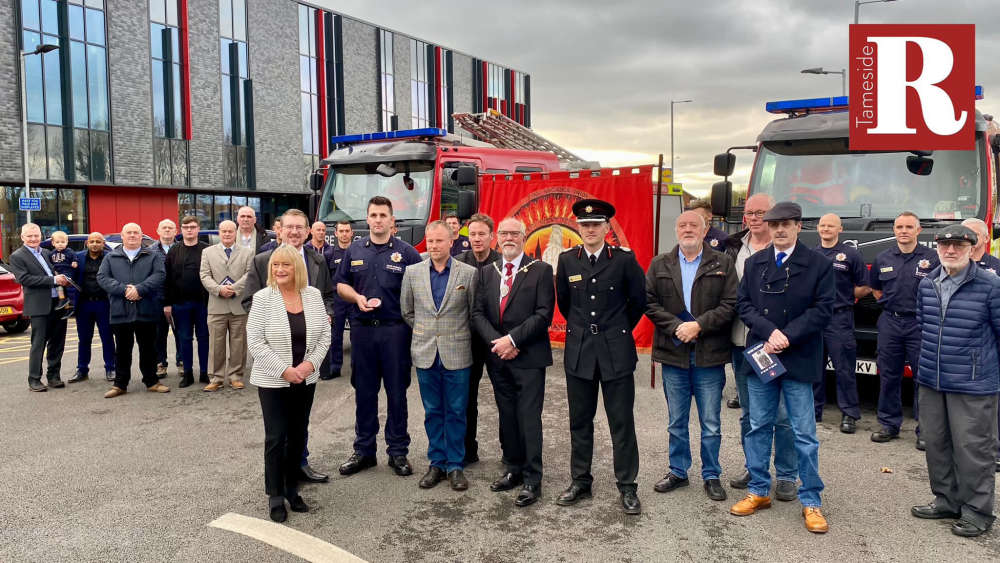 The plaque being unveiled is part of the Fire Brigade Union’s red plaque scheme, which seeks to memorialise firefighters who died in the line of duty with a plaque near to where the relevant incident happened.

Fire Brigades Union regional secretary for the North West Ed Burrows said: “As firefighters we want to ensure that our predecessors are not forgotten.

“They helped build and develop our profession through their dedication and service, something we all benefit from today.

“McLaughlan and many other firefighters have made sacrifices which we must remember, and the Fire Brigades Union is honoured to play a part in remembering Wilfred McLaughlan and his sacrifice.”