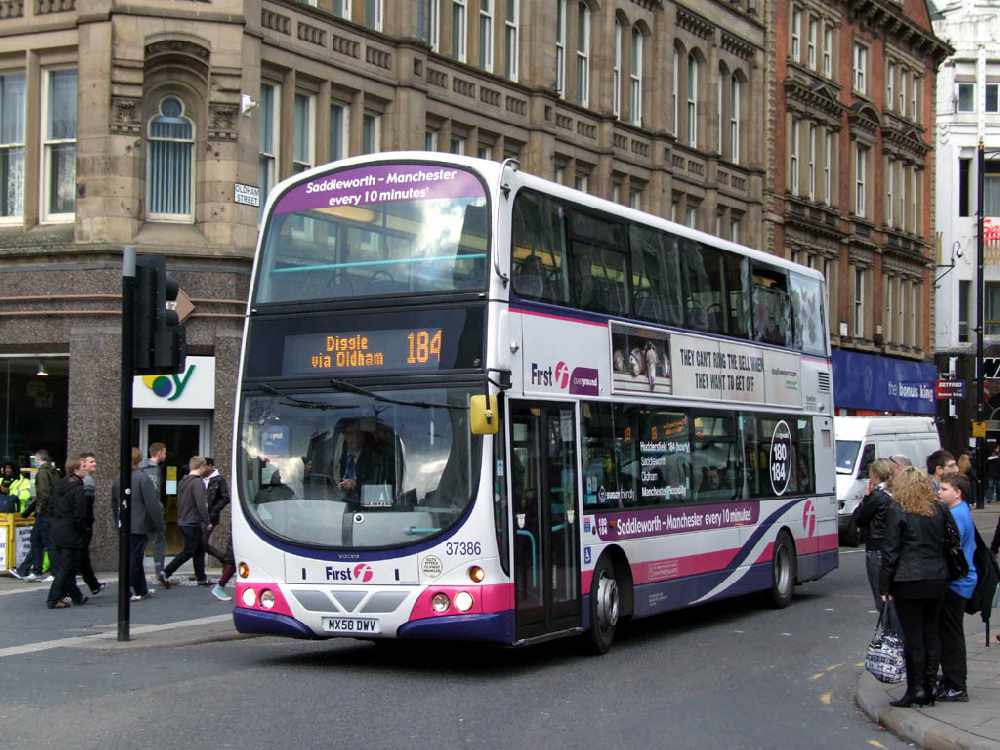 Passengers of First Manchester buses are being warned to brace themselves for more travel chaos.

They are being advised to make alternative travel arrangements, in readiness for further industrial action at the operator's Oldham depot.

It will mean no services will operate on both Tuesday 18 and Thursday 20 January, including school services and the Yellow School Bus.

The Vantage V1 and V2 services for routes will be unaffected.

Some routes will be covered by alternative services and details can be found on the Transport for Greater Manchester website at www.tfgm.com.

It follows two days of cancelled services on Monday 10 and Tuesday 11 January.

The 300-plus drivers who are taking action are members of the Unite union, which says First Manchester is refusing to make its members a reasonable pay offer.

A key sticking point is the company's refusal to backdate any pay increase to August 2021 - the anniversary date for when the annual pay increase was due.

Unite regional officer Dave Roberts said: "Our members are taking strike action as a last resort. Despite numerous meetings, First Manchester’s management has either failed to understand or ignored our members’ aspirations.

"The ball is now firmly in First Manchester’s court. Unite remains available for further negotiations in order to resolve this dispute but the company needs to be willing to bring forward an improved offer."

Ian Humphreys, Managing Director of First Manchester, said: "Despite further talks and the efforts we have already made to meet what we were told were agreed demands, union officials have informed us the strikes will go ahead.

"The company has offered a substantial increase to £13 per hour, along with a lump sum payment. We have also offered to equalise the rate for school bus drivers with that for service bus drivers which would mean an even greater increase for this group of colleagues.

"There are no changes to our colleagues’ conditions and whilst reference has also been made to rota patterns, this is simply about the introduction of a previously agreed, shared plan to update recruiting and working practices to fulfil the Company’s commitments to diversity in the workplace."

Customers with pre-bought tickets for both dates will be given a refund or replacement tickets to use for future travel. To claim, contact First Manchester's customer service team on 0345 646 0707 (available 8am to 6pm Monday to Friday), direct message @FirstManchester on Twitter or use the live chat facility on the First Bus app.