Fire at Commercial Unit in Ashton 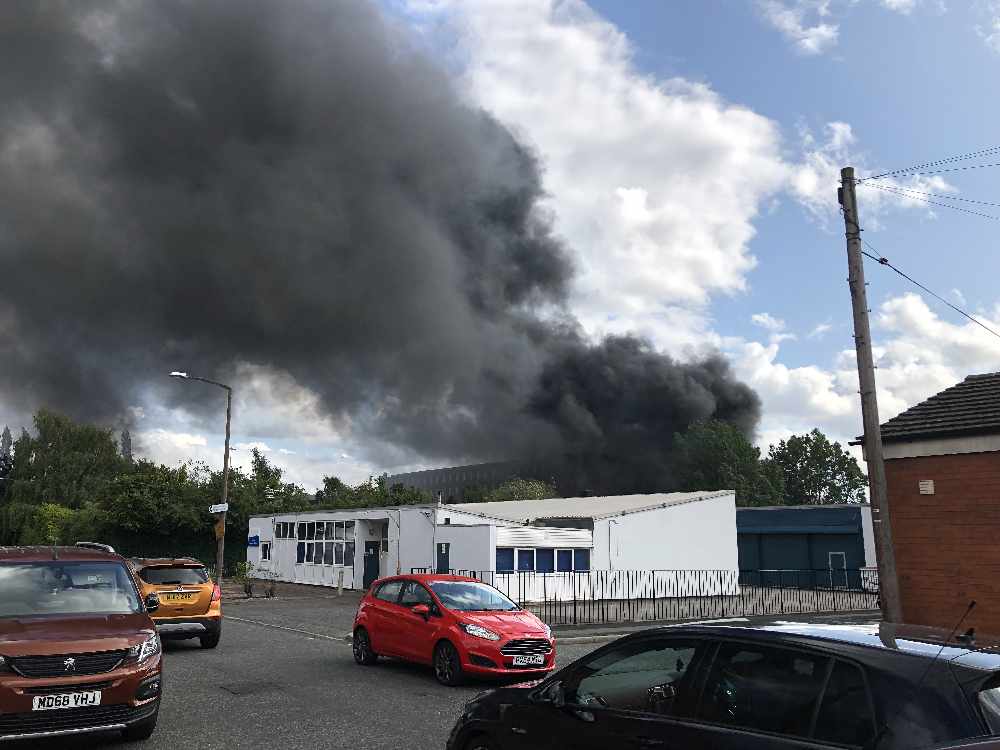 Fire crews are currently battling a large blaze at a commercial unit in Ashton.

Ten fire engines have been sent to the incident which began just after 3pm.

Firefighters are tackling the fire from inside the unit, wearing breathing apparatus and using jets.

The building had already been evacuated before the crews arrived and they’re continuing to search the building.

The three storey commercial building is now fully involved in fire, and fire has spread to an adjacent building. 11 pumps are in attendance along with two aerial appliances which are putting water onto the fire from above.

A large amount of smoke has been discharged over the local area and is travelling in a north easterly direction towards Saddleworth and Mossley.

If you are local to the area, please keep your doors and windows closed and avoid the immediate vicinity of the fire to allow our crew to work efficiently.

Ashton MP Angela Rayner has thanked the firefighters who are tackling the blaze.

Massive fire has broken out in my constituency this afternoon, many thanks to the many firefighters tackling this huge blaze, as always our community recognises the tremendous work of our brave firefighters and our emergency services. An always grateful MP https://t.co/OiXkESOxx6

Oxford Street East is closed whilst the fire is dealt with.

Please avoid the Oxford Street East area of Ashton under Lyne while @manchesterfire deal with a fire at a commercial unit in that area.