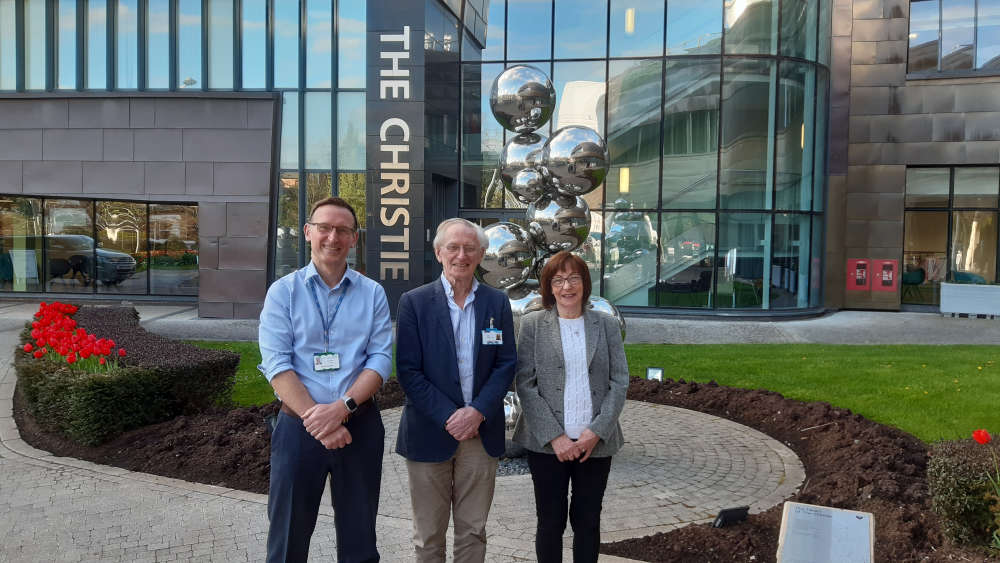 A pensioner diagnosed with five different types of cancer in the past 40 years has paid tribute to the doctors and researchers who have given her hope, including father and son consultants Tony and Sasha Howell.

Irene North, 71, from Stalybridge, was first diagnosed with breast cancer in 1987 and has been under the care of Manchester’s internationally acclaimed cancer centre, The Christie, ever since.

“When I first got cancer, I was terrified. I was told I needed to go to The Christie and back then, just the name of the hospital felt like a death sentence,” said Irene.

“Once I was through the door and started to talk to people, I realised that it wasn’t the place I or my family feared. The staff are so caring and compassionate, and their expertise is always plain to see.”

The retired NHS phlebotomist who has a daughter, two sons and six grandchildren worried most about her family when she was first diagnosed.

“My mum had died of cancer at the age of 41 when I was six years old and all I could think about was how my children would cope if the same happened to me,” said Irene.

“Because mum died so young it was always at the back of my mind that I might get cancer.”

Not only has Irene been diagnosed with breast cancer and secondary breast cancer but she has been treated for cervical cancer, skin cancer and a routine scan in 2014 detected the very early stages of pancreatic cancer, which was successfully treated without her requiring major surgery.

Following treatment during 1987 and 1988, Irene was declared cancer free.

She threw herself into fundraising for cancer related causes, along with her husband Jack, and also helped to establish the Withington/Christie breast cancer care group.

Professor Tony Howell was Irene’s oncologist in the 1980s and 90s and through the work of the Withington/Christie breast cancer care patient support group, she got to know him well.

“Tony and I became friends, and he supported the group frequently,” said Irene.

“He came along to talk to us as cancer patients about the challenges and developments of breast cancer treatments.

“Over the years I got to know most of the breast care team at The Christie and many of them joined us to share their expertise with the group.

“I was getting calls from so many patients who wanted someone to talk to. People were not only having to cope with cancer but the fallout such as losing jobs, losing their homes, having mental health issues, and relationship difficulties.

“I gave the group up when my husband died from a brain haemorrhage in 1995 for various reasons but always look back at it as one of my proudest achievements.

“I always knew there was a risk that my cancer would come back. In 2007, I was told I had secondary breast cancer that had spread to other parts of my body.

“Shortly after that in 2008, I walked through the door into a consulting room with my daughter Tracy and was surprised to see a spitting image of Tony Howell.

“It was surreal. Sacha explained that Tony was his dad. They are both very similar in how they treat patients. They both really listen to what you have to say, and I always felt like they had my best interests at heart.

“I was aware that Tony was doing pioneering research on breast cancer treatments.

“I think I was one of the first patients to try the drug Zoladex as a breast cancer treatment, this was normally a hormone treatment for prostate cancer, but it was being tested to see if it would help breast cancer patients too.

“Tony also put me on Tamoxifen which was still a very new cancer drug back then. It’s great that Sacha is also involved in cancer research now.” 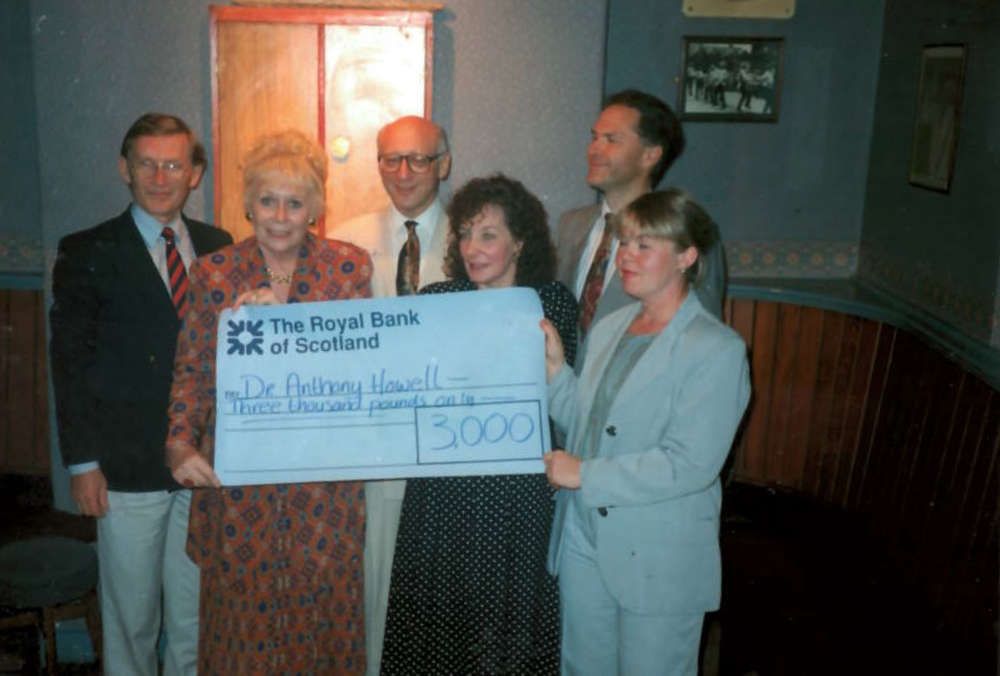 Irene feels very lucky that many of the treatments she has been given over the years have worked for longer than anticipated.

“I was on Letrozole for nearly 14 years which was way beyond the expectations of success,” she said.

“I was lucky as it kept the cancer stable for so long. But eventually, cancer spread into my chest, lungs and lymph nodes. I was offered a type of chemotherapy called Palbociclib combined with a hormone injection monthly. I was told they might only keep the cancer away for 12 months but combined they worked for almost two years.

“I’m now on another hormonal drug. Cancer has spread to my spine and there is more of it in my lungs and on my chest. The doctors have helped me maintain hope. That’s why the work The Christie does to discover new treatments is so important for patients like me.

“Coping with cancer is hard and living with it for 35 years has been tough.

“One of the hardest things for me has been hair loss. I’ve had so much cancer treatment now that I know my hair will never grow back. It affects confidence so much and negatively impacts the social interactions that are really needed when you are low.

“I feel that sometimes the burden of living with cancer is worse for my family than for me. I know my family worry a lot. I try my very best to be positive because that’s better for all of us. I get on with life and do all I can to live as normal a life as possible.”

Some of the biggest changes Irene has observed throughout her years of treatment at The Christie are the increase in the number of people who can be seen having treatment for cancer and the increased number of scans and check-ups she gets. Irene has also benefited from having some of her care delivered at home via The Christie outreach team.

Irene says: “A lot of my treatment can be given by The Christie staff in local health facilities or even in the comfort of my own home with the nurses coming to me.

“That has made a huge difference to me, particularly during the pandemic and I’m very grateful. This team is another example of the wonderful work The Christie does.”