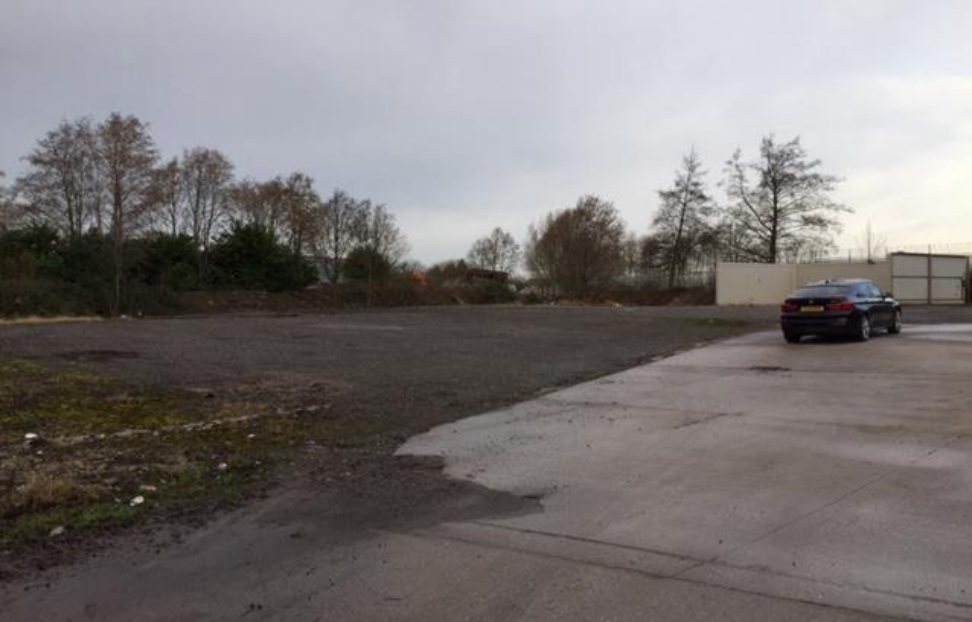 A new estate of 62 homes has been given the green light to be built in Droylsden – and all of them are to be affordable.

At a meeting on Wednesday, Tameside’s planning committee gave permission for the redevelopment of empty industrial land off Fairfield Road for housing.

The site was previously used for employment purposes, but the most recent operator – A-Plant, a plant, tools and equipment hire firm – has relocated to alternative premises.

The scheme will be split between 26 three bedroom houses and 36 one-bedroom flats, in a four-storey apartment block.

The application was submitted by the landowner,  Droylsden Properties Ltd, who is planning to work with housing association Jigsaw Homes to build the development with ‘100pc affordable housing’.

The agent for the application, Stephen Harris said that the use of the site for employment purposes ‘would no longer be appropriate’.

“The wider area is being redeveloped for housing, both in Tameside and the Manchester city,” he said.

“This development is to be delivered as an affordable housing scheme by Jigsaw Homes.

“This development will provide much needed one and three-bed homes to people in the locality.

“The provision of affordable housing within the development is a significant public benefit.

“The site continues the redevelopment of the area and of course reduces the demand for greenfield and green belt land for housing going forward in the area.” 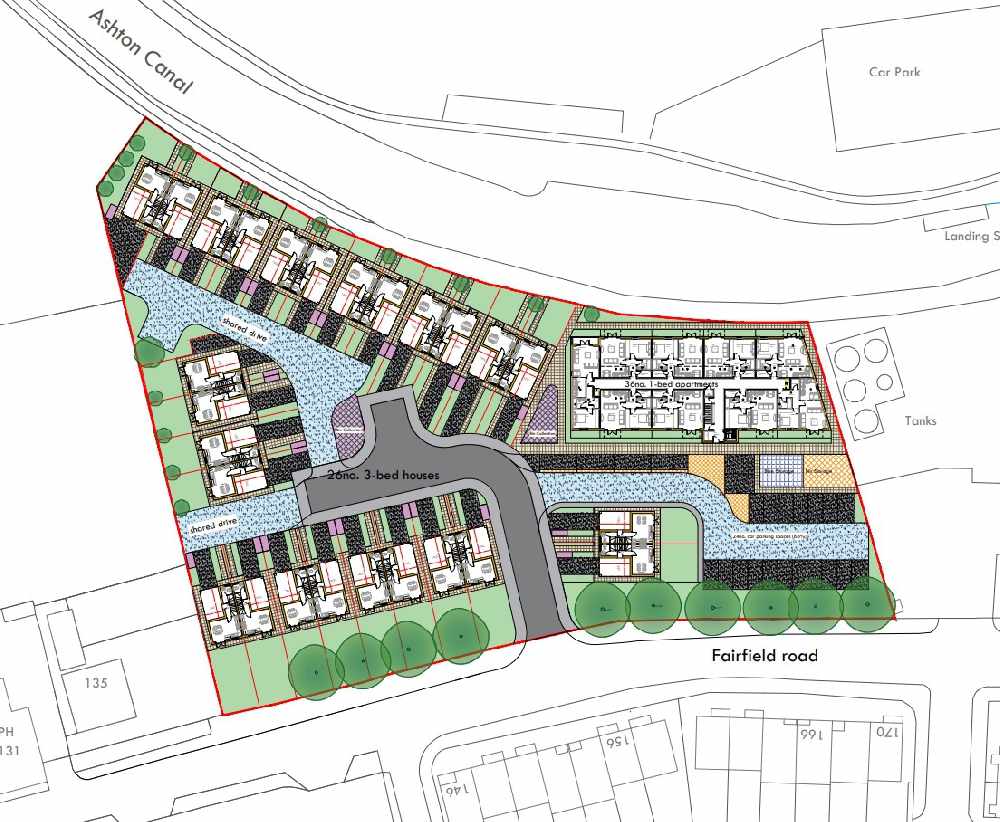 Plans for the 62 affordable homes in Droylsden

Principal planner David Thompson told councillors that the scheme had been amended since it was originally submitted to keep in place mature trees along Fairfield Road.

“The retention of those tree is seen as a positive element of this scheme,” he said.

Coun Jack Naylor expressed some reservations that the site – which is officially designated for employment – had not been marketed prior to the housing application being determined.

“I appreciate the need for housing within Tameside however I feel it’s also important for commercial opportunities to be explored in the fullest extent in order to keep employment within the borough,” he said.

However Mr Thompson said that officers believe the area is changing from one dominated by industrial use to a more ‘residential character’.

“This development is very much considered to tie in with the regeneration of this part of Droylsden,” he added.

A Section 106 agreement is to be made between the applicant and the council, which will see money invested in highways, schools and green space.

Of this, £8,292 will be used to improve the connection to the Tameside trail, and cycleway provision along the Ashton canal tow path at the north of the site.

Another £26,146 is to be allocated to a project to extend Aldwyn Primary School, and £123,108 is to be secured towards improvements to play facilities at Sunny Bank Park and to the facilities at Copperas Fields and Floral Gardens.

The application was approved unanimously by councillors.