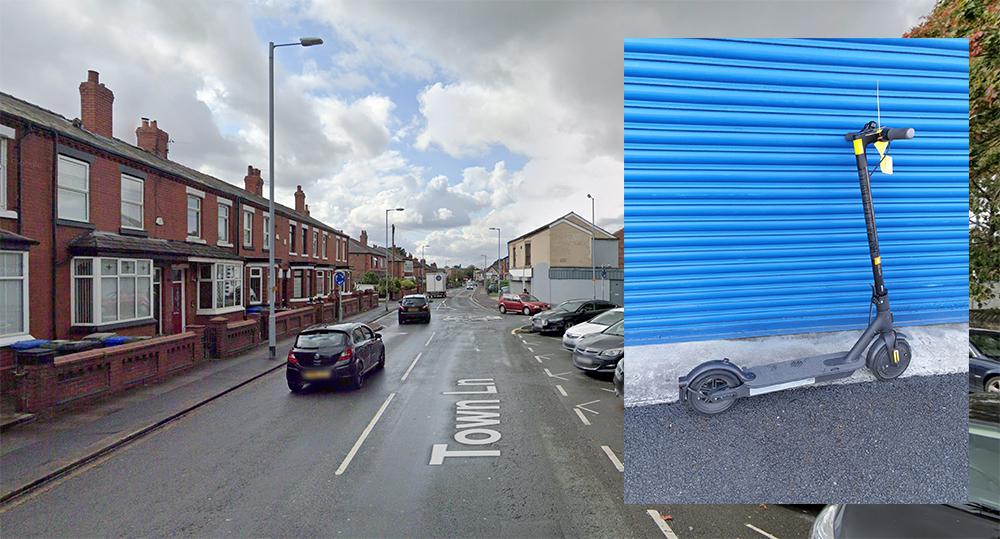 Police have issued a warning to parents thinking of buying their children an E-scooter - they will be seized and they will be crushed.

The message comes after police conducted a speeding operation on Town Lane in Denton on Saturday [24 April].

Whilst looking out for speeding drivers they saw a 13-year-old boy riding an e-scooter erratically along Market Street. He had a friend on the scooter with him, holding on.

Police described how he failed to give way at a mini-roundabout, narrowly avoiding traffic on Town Lane, before he mounted the pavement and again nearly fell off.

Police stopped the pair and seized the E-Scooter. They took the boy to his mother's house and spoke to her, who was said to be very concerned that he was going to injure himself on the scooter.

Police said: “Privately owned e-scooters cannot be used on public roads and footpaths, however, there is a trial scheme in Salford at the moment, where E-scooters can be rented and used on roads.

“Please do not buy E-scooters as they cannot be used on roads, foot paths and other public places, they will be seized and you will be several hundred pounds out of pocket.”