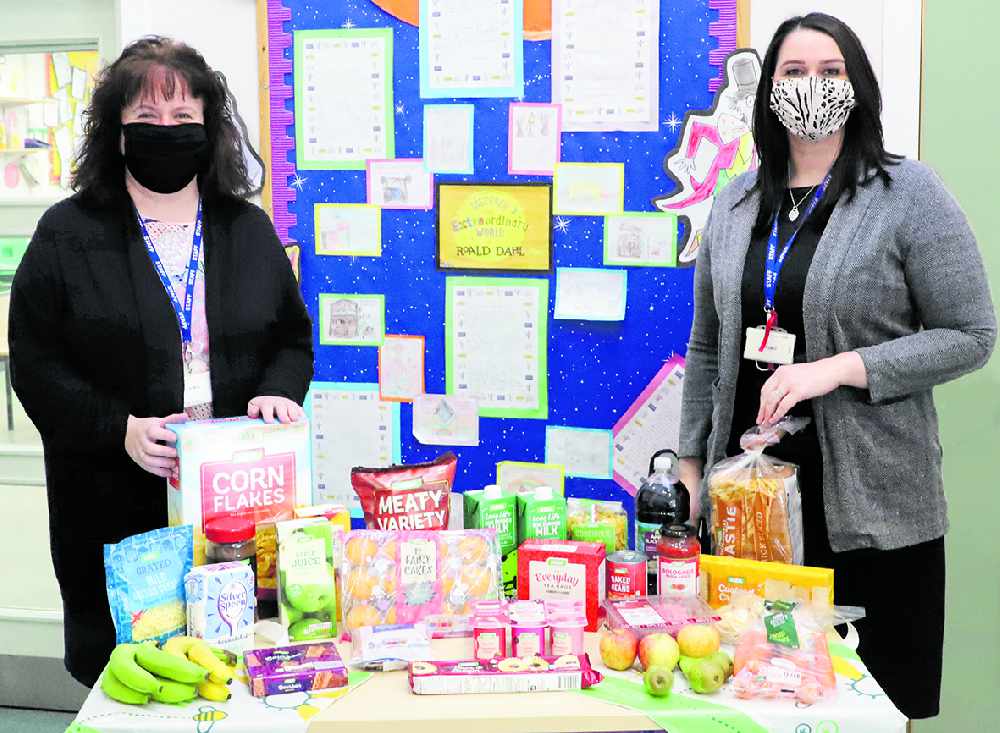 A Dukinfield primary school has teamed up with their local supermarket to access food, technology and supplies.

Lyndhurst Primary School has forged a link with ASDA in Ashton to help put together food parcels, as well as a host of other support.

The school is full of praise for all the help the retailer has given, saying it’s been overwhelmed with the support.

It began in March 2020, just as the first lockdown began. The school was offered free play equipment for the students of key workers and vulnerable children who were still in school.

Headteacher Gemma Patterson told the Reporter: “We were really delighted because they gave us lots of lovely equipment and the children were over the moon.

“That was the first connection that we had with them.”

From there, the relationship flourished, with the school forging closer ties with the store’s Community Champion, Colette Regan.

Gemma said: “It was a real morale boost for them really.

“For the children in school it was quite different. Obviously, for the children working at home it was hard, but especially for those in school because they’re experiencing going to school every day without their same teachers, lots of the school closed down and their friends weren’t there.

“We got an email from Colette telling us about a grant that we could access. It’s something that the ASDA Foundation, which is a charity they’ve got set up, were putting out. They’ve got a mission to transform communities and transform lives. That sits really well with us as we’re a community school and we see ourselves at the heart of that community. We’re always looking at ways we can be creative and support the families as best we can.”

The support came in the form of vouchers, which the school used to put together food packs for families.

“We were really delighted to receive £600,” said Gemma.

“The idea is we create a parcel that would feed a family of four for a day, but because of how we’ve managed to make it work with some creative spending, we’ve been able to create much bigger parcels that will last the families much longer.”

Thirty parcels have been distributed over the past few days, which will help families through this tough time.

The school has also received 10 laptops from the ASDA Foundation, which have been distributed to students learning from home who otherwise wouldn’t have had access to technology.