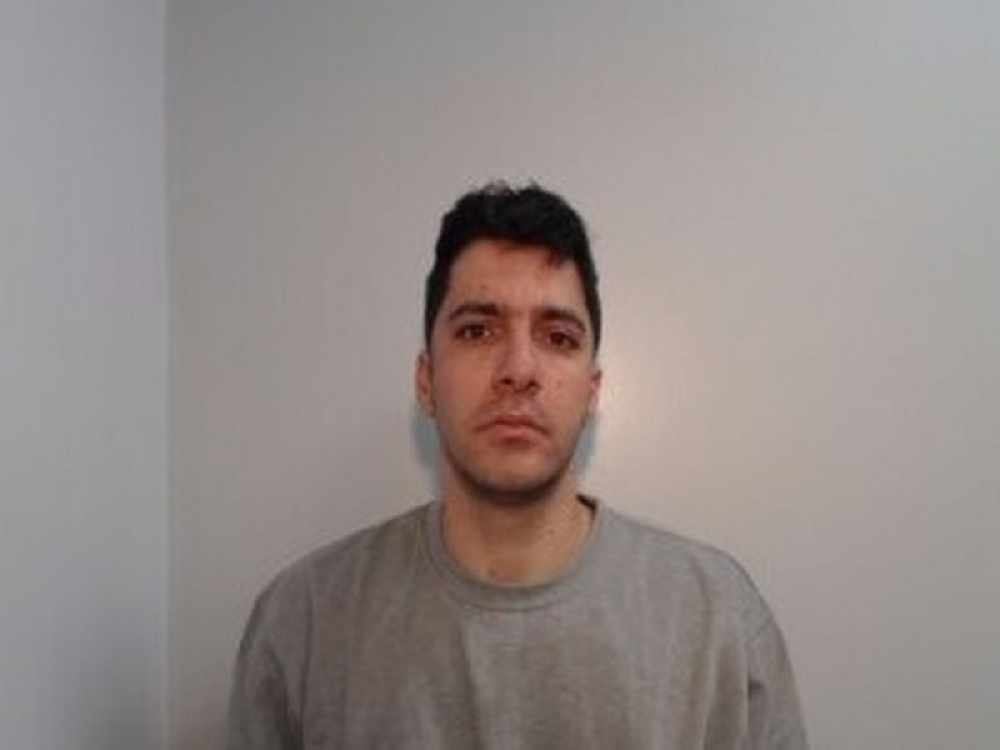 A hoax bomber who brought an area of Dukinfield to a standstill last month has been sentenced to one year behind bars.

The actions of Meysam Kordi (pictured) on January 16 prompted nearby businesses and residents to be evacuated.

Police swooped on a property on Birch Lane to reports of concern for the welfare of a man claiming to possess an explosive device.

Armed police and bomb disposal experts remained at the scene for around four hours but found the device to be non-viable.

Nearby schools - All Saints Catholic and St Mary’s Catholic Primary - issued statements to parents and pupils in the afternoon so children could get home safely.

Kordi, 32, was subsequently arrested at the scene and charged with creating a hoax bomb.

He was also charged with improper use of the public electronic communications network - namely phoning the police to say he had an explosive device.

He pleaded guilty to both charges and last Friday appeared at Manchester Minshull Street Crown Court where he was sentenced to one year behind bars.