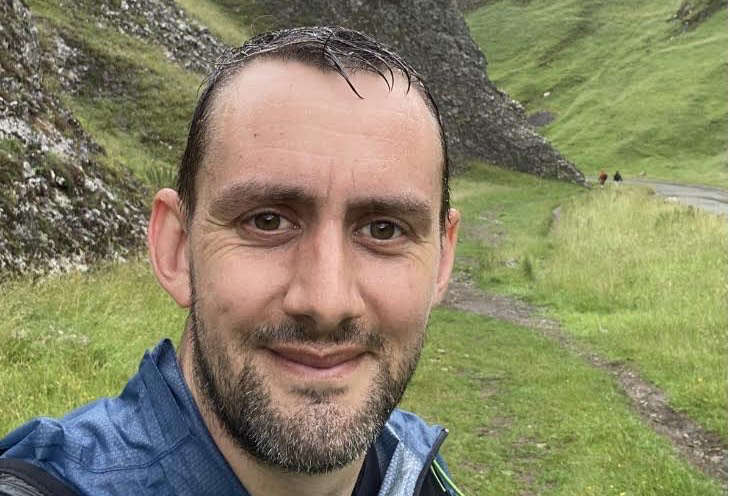 A father from Dukinfield will tackle some of the UK’s harshest terrain when he takes on a 50-mile mountain run in the Lake District.

Ryan Sproat, an avid runner who trains at Hyde Village Striders, is hoping to raise thousands of pounds for charity over the course of the year and will be running the Montane Lakeland 50 to hit his employer’s annual fundraising target.

The 34-year-old will be facing one of the country’s most gruelling races on Saturday (July 24) and has been fulfilling his training by running in the Peak District.

If training for a mammoth challenge on mountainous terrain wasn’t hard enough already, Ryan has also just welcomed his baby son, Finley into the world.

“It’s been a massive juggling act to try and fit the training around the new baby and the rest of family life, I am really lucky that my partner Sam has been so supportive and has kept all the plates spinning whilst I’m out training.

“During training, I’ve run close to 700 miles, which is probably the most I’ve done compared to any previous years, mainly in Castleton and Edale, spending hours on end doing big loops around the hills there with my training partner Paul Frost, who is also taking part in the event,” he says.

The fitness fanatic, who works for Stockport-based specialist lender Together, hopes to raise as much money as possible for his employer’s ‘Let’s Get Giving’ fundraising initiative, with beneficiaries including St Anne’s Hospice in Cheadle and the British Heart Foundation.

Colleagues at the finance company have been so supportive of Ryan’s event, generously sponsoring him to complete the route from Dalemain to Coniston, over some of the Lake District’s highest peaks.

Ryan has previously ran marathons in the past, but this will be his biggest running challenge yet!

“I’ve been running for a number of years and have done four marathons, including the Manchester and Berlin events, so mostly running on the flat around city centres – but nothing like this before.

“This is more of an endurance race and an adventure. Some of the hills are pretty significant and the route is designed to be really tough with runners going across slate paths, through forests and across rivers.

“It’s going to be really challenging completing the 50 miles, but I can’t wait to get started,” Ryan says.

He will now be putting in his final preparations before tackling the race in just a few days’ time, returning to his family after the event with an undoubted smile upon his face.

You can support Ryan in his invaluable efforts here https://uk.virginmoneygiving.com/fundraiser-display/showROFundraiserPage?userUrl=Together1&isTeam=true