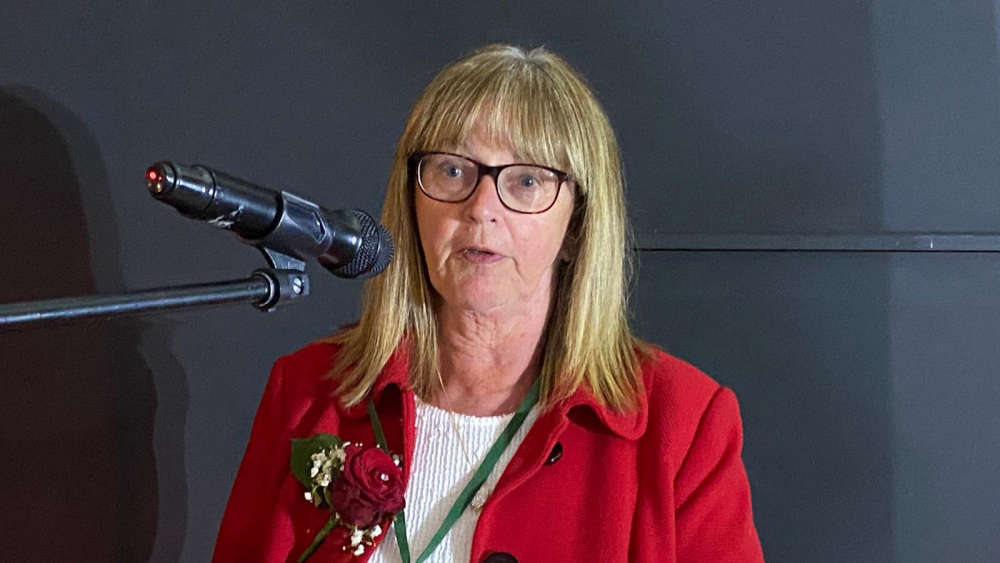 Former Councillor Kieran Quinn had been leader of Tameside Council before his untimely death in December 2017.

While Alderman Jim Middleton, a Droylsden councillor who had served for 27 years before his retirement in 2017, sadly passed away last month with his funeral held last Thursday.

“It has been a difficult day,” said Cllr Susan Quinn as she thanked everyone who had voted for her in last Thursday's election.

She comfortably retained her Droylsden East seat from Harrison Roden for the Conservatives and Louise Axon for the Green Party who finished second and third respectively, in an expected result for the safe Labour ward.

Thanking all the people of Droylsden East for voting for her she said: “I would like to dedicate this win to two previous colleagues of mine, councillor Jim Middleton and councillor Kieran Quinn.

“Today has been a difficult day for all of the Labour team as it was Jim’s funeral today. So my win is dedicated especially to the two of them.”

Paying tribute to Alderman Middleton following his death last month, MP Andrew Gwynne had tweeted: “So very saddened to hear of the passing of Alderman Jim Middleton, Councillor for Droylsden East for 27 years, and former Mayor of Tameside. Jim was the epitome of decent and honourable. I’m proud to have known him and served alongside him.”

Jim became an honorary Alderman of the borough in 2018 following his retirement the year previously in recognition of his services to Tameside over the decades.

He served the people of Droylsden East for 27 years and during that time he held an extraordinary number of other positions, including serving as Deputy Mayor from 1992-1993 and Mayor from 1998-1999.

Last Thursday’s elections were unlikely to throw up any surprises in Droylsden and so it proved in Droylsden West also.

Here Cllr Barrie Holland comfortably retained his seat in a two horse race with the Conservatives.

Long-serving Cllr Holland polled very nearly a 68 per cent share of the vote with 1,476 votes, with Matt Stevenson for the Conservatives receiving 664 votes.

The electorate had only the two parties to choose from this year, four candidates standing last year but this time there was no Green or Reform Party candidates.

Taking to the podium after his victory Cllr Holland simply stated: “I would just like to thank the people of Droylsden West for electing a socialist.”