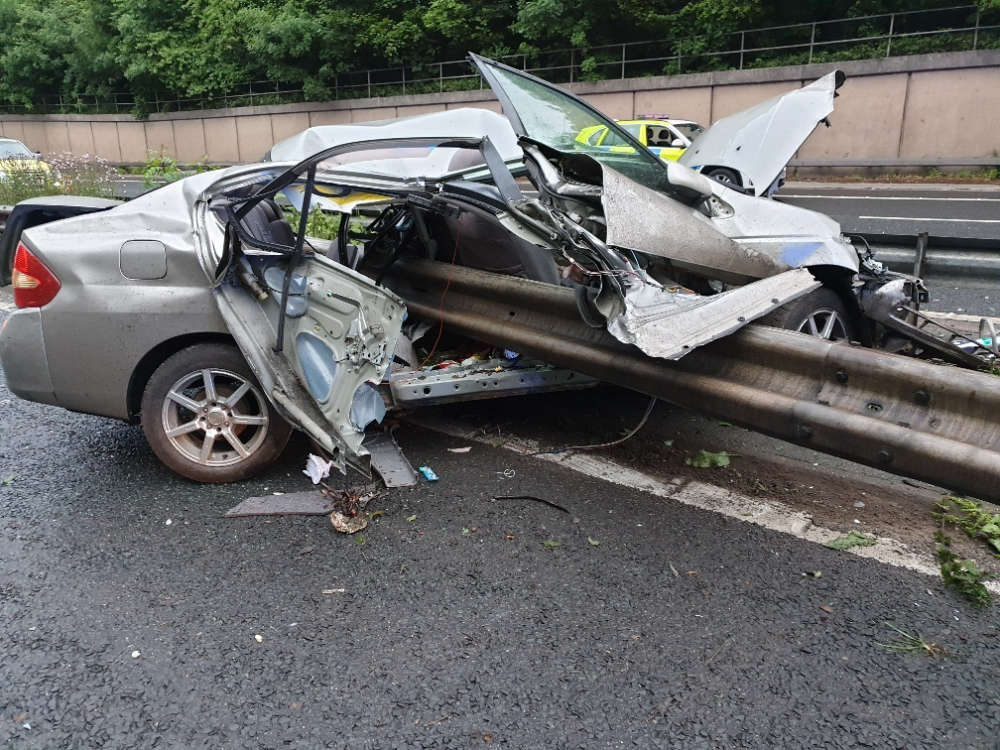 A driver has had a remarkable escape after crashing into a motorway barrier between Hyde and Denton.

It happened on the M67 between Junction 2 and Junction 1 westbound at around 5am on Monday morning (12 July).

Emergency services rushed to the scene and the driver was checked over by paramedics but had suffered no injuries. They were also breathalysed but the reading was zero.

North West Motorway Police posted pictures which show the extent of the incident and a silver vehicle having crashed into the central reservation barrier, causing significant damage.

Multiple lanes on both sides of the carriageway had to be closed for several hours to allow the vehicle to be recovered and the barrier to be repaired.

As of 9am, two lanes remain closed on the westbound.

Whilst police were at the scene clearing the carriageway, officers spotted another driver waiting in the tail back who had fallen asleep and “drew attention to themselves”.

After speaking to the driver, police conducted a breath test and the driver was arrested for drink driving after giving a reading of 242.

The legal limit is 35 micrograms of alcohol in 100 millilitres of breath.

#M67 J2 to J1 Westbound
Highways are now arranging recovery for the vehicle and the barrier damage is being looked at .

We will get the lanes open for you as soon as we can pic.twitter.com/VWvn8IbjAH