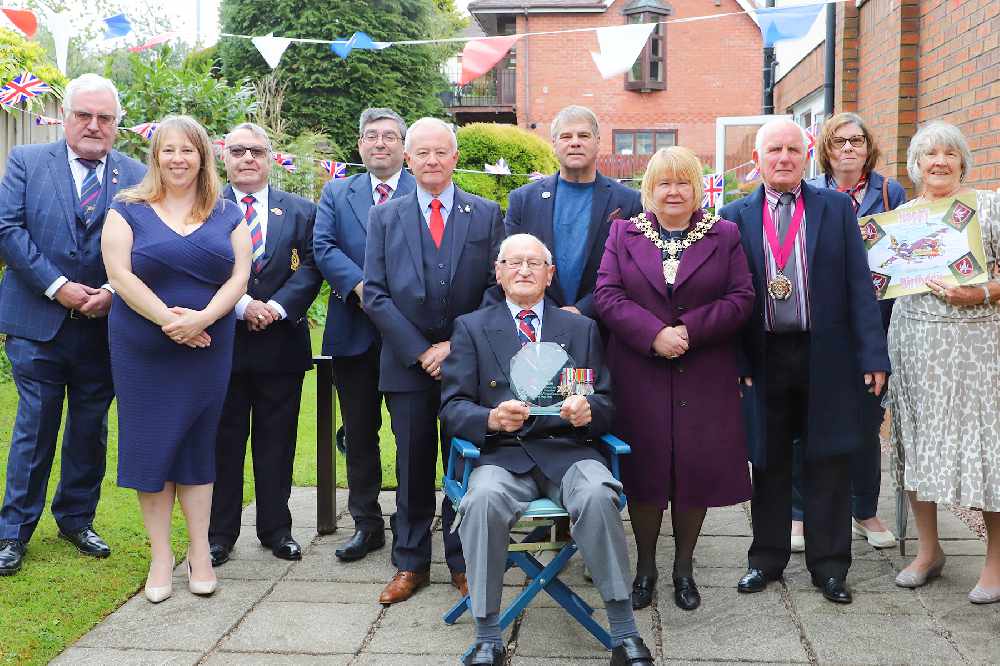 Not only was he celebrating his 97th birthday, but the members of Tameside Armed Services Community (TASC) also honoured him.

At a small ceremony in his garden, Jack was presented with a plaque by the Civic Mayor of Tameside, Cllr Janet Cooper, on behalf of TASC. The award marked Jack being made Honorary President after chairing the veterans’ organisation from the start.

The award recognises his service given to veterans and especially his leading role in the Veterans in Schools programme, where ex-service men and women go into schools to share their experience and help the youngsters appreciate the role of the armed services. 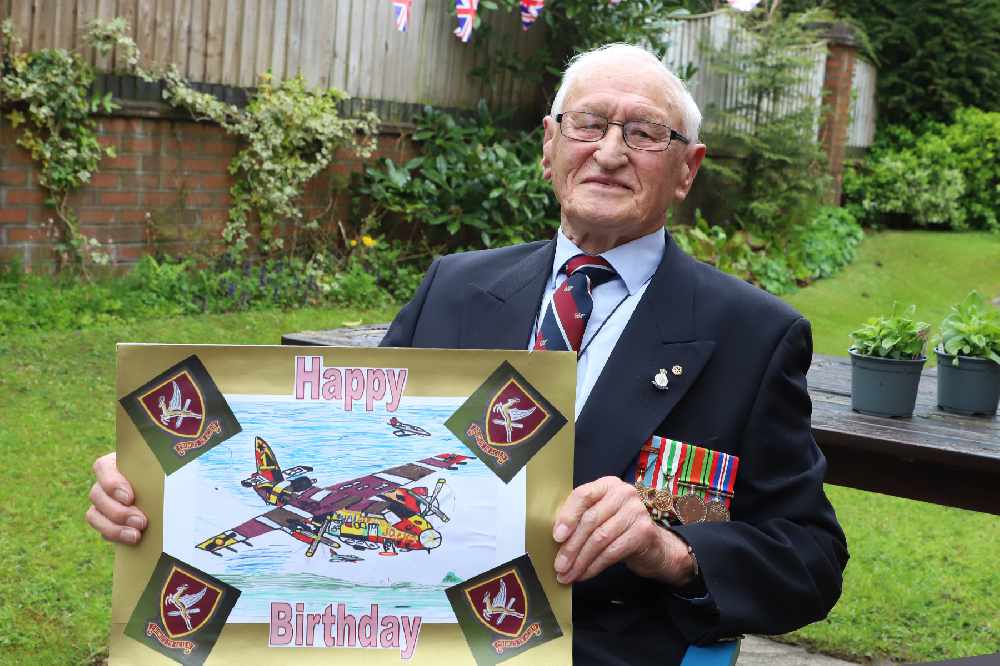 Jack is in demand, exemplified by the huge birthday card sent by the children of Swift Class at St George’s Primary School in Mossley. The aircraft illustrated on the front, an American built B26 Marauder, was drawn by Thomas who is a massive fan of planes.

Teacher Rachael Foster said: “The children have fond memories of meeting Jack and were thrilled to learn he was older than the Queen.”

Jack served with the RAF as a Wireless Operator/Air Gunner, posted to the Middle East to complete his training and served with 12 Squadron South African Air Force on the B26 as part of a crew of six. He flew over 20 missions from bases in Italy. He considers himself very lucky as his draft was spilt, with those with surnames A-M going to UK-based bombers where the casualty rate was very high.

To honour his service with the South Africans, he also received a personal letter from the High Commissioner in London, included the comments ‘you have dedicated your life to the service of your country and to important community matters’ and on congratulating him on his birthday says ‘you are the best example of how each one of us, in our individual capacity, can use our experiences and skills to contribute to the development of others.’ 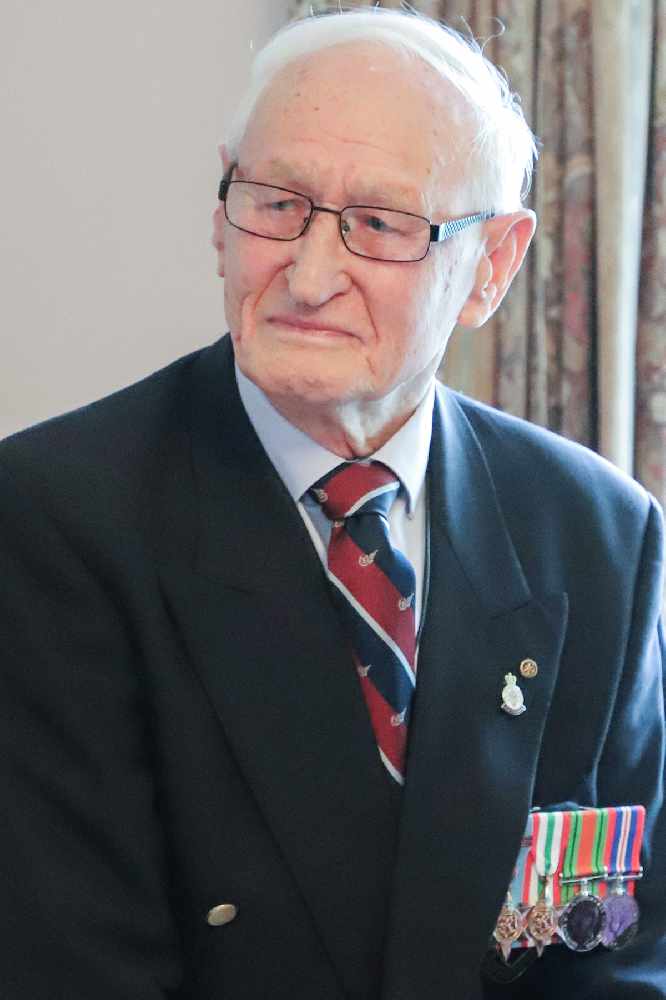 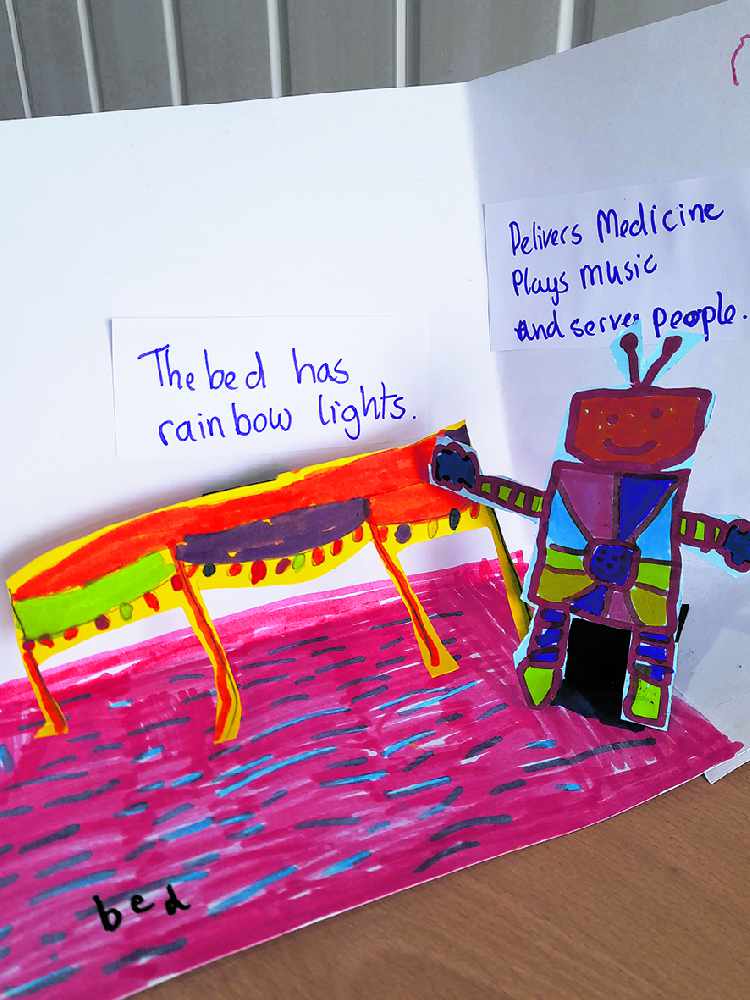 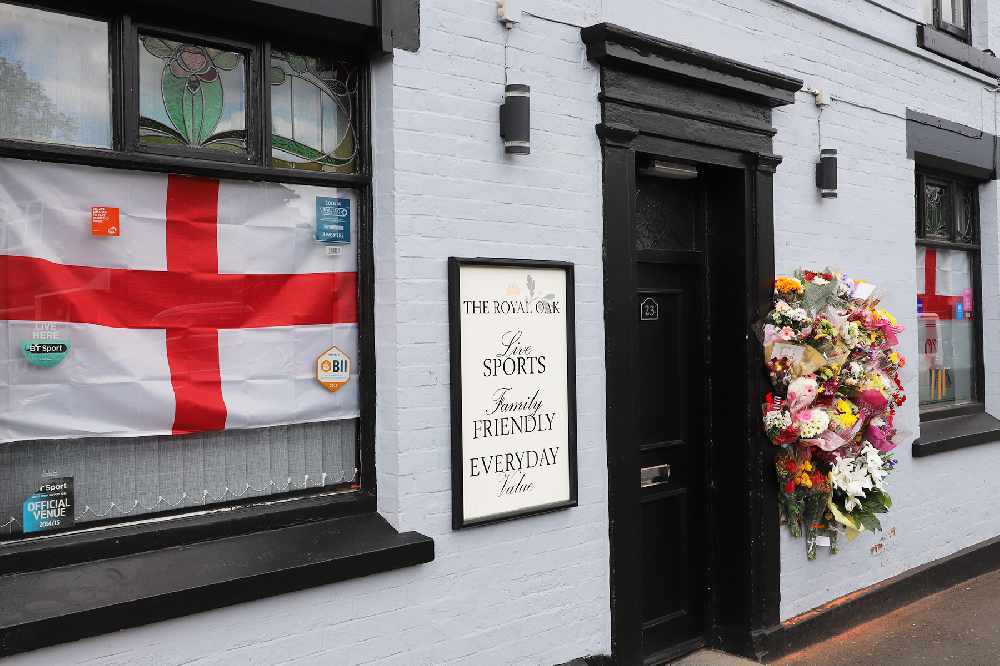 Tributes to man killed in hit-and-run in Ashton 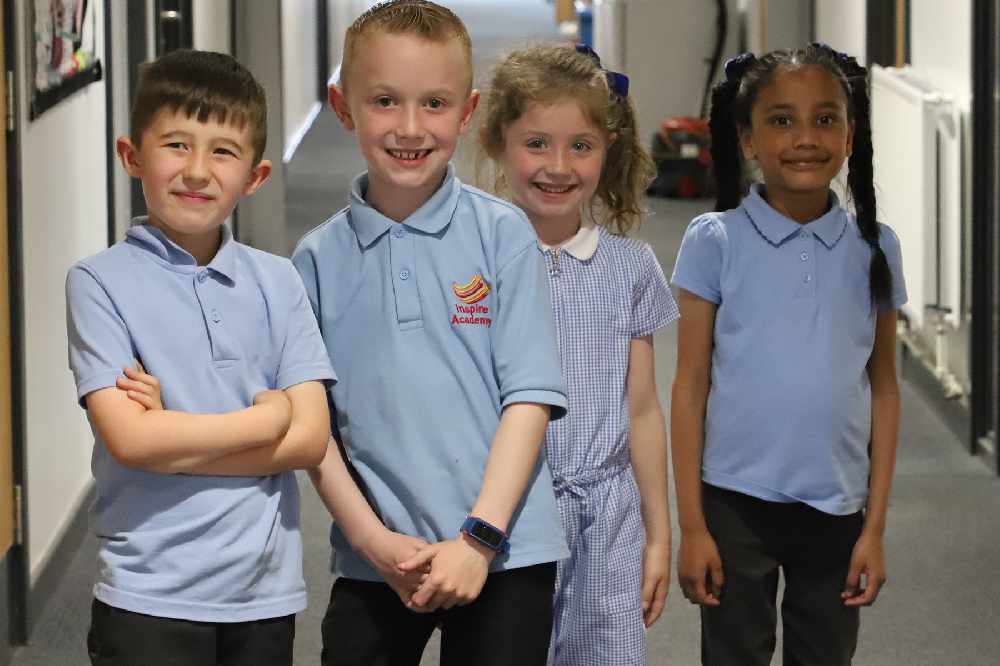 Jack is most moved though by the comments from home.

The Civic Mayor, who has close family ties to the military, said: “I was honoured to present the award to Jack, what he has accomplished in his lifetime is amazing.

“Our thanks go to him and all our brave men and women who gave so much during those times.

“Delighted to be with you all for such a special occasion.”

TASC, in their Citation, includes the words ‘This is in recognition of outstanding efforts, commitment and support to the ex services community’ and ‘has performed the role with dignity and purpose... his sense of honour is a shining light.’

Jack, who was originally from Waterloo in Ashton, retains a real pride in his family story, including his own time in the local Air Training Corps Squadron and the Home Guard as a teenager.

Jack said: “It was lovely to hear those nice things now rather than missing them at your funeral!”