Doorman sentenced for attack on clubber 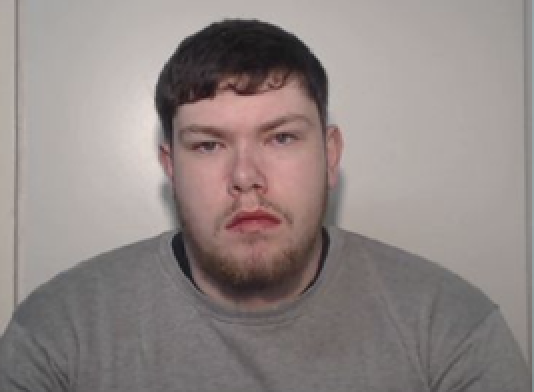 Victim suffered life changing injuries after being punched in the head

A doorman who knocked his victim unconscious with one punch to the head after a fight outside a Manchester nightclub has been jailed for almost two years.

Gareth Carr, 21, of Denbigh Road, Denton, had pleaded guilty to a Section 20 assault (GBH) and affray.

At Minshull Street Crown Court earlier today (Thursday) he was sentenced to 21 months in prison.

The court had heard that the incident had happened at around 3.20am on Sunday, December 2, 2018, when Carr was standing with several other door staff at the front entrance to Factory Nightclub on Princess Street.

Two men had been asked to leave the club by two other door staff and were seen arguing with them and other members of staff outside the premises.

As both men moved away from the club they were assaulted, with one man – in his late teens – receiving a punch to the head from Carr. He was knocked unconscious causing his head to collide with the pavement.

A woman who witnessed the attack contacted police and the man was taken to hospital after sustaining a serious head injury. The victim suffered permanent hearing loss as a result of the punch.

Police reviewed hours of CCTV and mobile phone footage as part of their enquiries and obtained enough evidence to arrest Carr on December 14, 2018.

Detective Inspector Paul Crompton of GMP’s North Manchester District said: “This shocking attack caused severe life changing injuries to a man who suffered permanent hearing loss at the hands of Carr’s violent actions. I hope that today’s result goes some way to providing the victim with some closure after his ordeal.

“I would personally like to thank the members of the public who called police and aided officers by capturing the incident on their phones and handing their footage over as evidence. It massively helped us to build a clear picture of what happened that night.

“Manchester offers people a fun and vibrant nightlife economy and we should be proud of that. No-one should be subjected to this kind of abuse at the hands of a security guard who is employed to protect people. Thankfully Carr will have some time to contemplate his actions.”