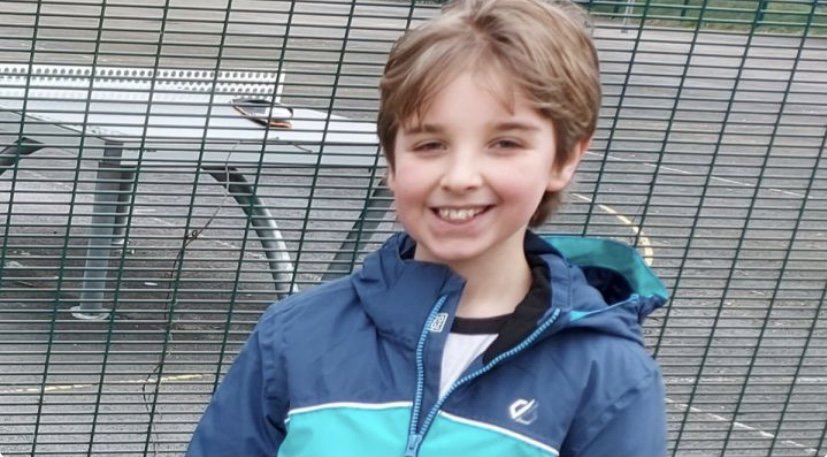 A 10-year-old schoolboy from Denton has completed an inspirational fitness challenge to raise a fantastic amount for a local foodbank, catching the attention of a Manchester United and England footballer.

Theo Dunphy (pictured) has impressed many across the borough after deciding to undergo a physical challenge consisting of completing 12 Joe Wicks workouts in one day, rounding up to almost four hours of exercise.

Speaking of his success, Theo's mother Katherine Dunphy said the idea was originally to raise around £250 with friends and family. ‘

Theo says he was 'inspired' to complete the workouts by Joe Wicks, after watching the fitness coach complete a 24-hour fundraiser back in November to raise funds for Children in Need.

His impeccable efforts were noticed by Joe himself as Theo was left a heart-warming video message from Joe, in which he describes him as an "absolute legend" for taking part in this fundraiser.

Theo you are a legend mate. What a kind and inspiring young man you are. Let’s all get behind him today on his challenge to do 12 body coach HIIT sessions in a day ❤️😀 pic.twitter.com/QNfug8B5ju

Joe said: "The fact that you are raising money for the food bank shows how much kindness you have in your heart."

Joe accompanied this with a £500 donation on Theo’s page, which will further aid the foodbank in completing their vital services.

Theo said the preparation for his big day was "difficult" and he was "worrying" about how the fundraiser would turn out.

In order to ensure he was ready to tackle his workouts, Theo trained for 10 weeks, completing Joe Wicks videos and gradually adding another workout each week.

"I started off doing one a week and I ended up at eight for the week before the big day," he said.

In an attempt to motivate himself even further and involve as many people as possible in his fundraiser, Theo conducted his workouts over Zoom and asked for volunteers to take part in one with him.

"I did some of the workouts over zoom and it went really well," he explained. "My grandma got involved in one as well as some friends from school."

Theo’s talents were also picked up by someone who has been in the limelight for his work around poverty in the last 12 months.

Manchester United's Marcus Rashford was impressed by Theo’s efforts, tweeting that he was "a superstar".

Despite being a Manchester City fan himself, the accolade was accepted with great pride by Theo and his family who are immensely proud of the dedication he has shown.

Theo says he can see himself taking part in another fundraising challenge but "not any time soon" - after all, even heroes need their time to rest.