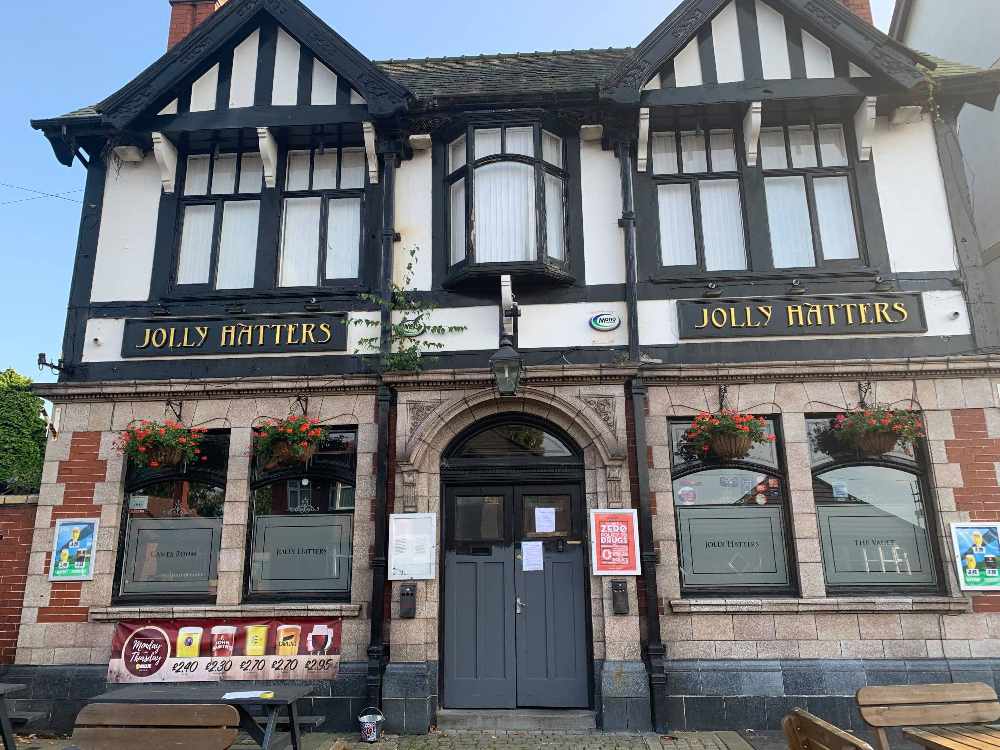 A Denton pub will keep its licence despite being shut down for multiple breaches of Covid-19 regulations, including serving alcohol until 4am and a mass drunken brawl.

Licensing bosses at Tameside Council imposed the ‘draconian’ measures at a hearing on Tuesday, with the Town Lane premises said to be in the ‘last chance saloon’.

The pub was closed last September for breaching Covid restrictions several times and posing a ‘serious and imminent threat to public health’.

Its designated premises supervisor (DPS), who was regularly found to be drunk while on duty, has also been removed from her post.

Ei Group Ltd, which owns the pub, says the doors of the Jolly Hatters will not reopen until a ‘fit and proper’ replacement with experience is found to take over.

The company also owns The Cock Hotel in Denton which also avoided losing its licence this month after being caught holding lockdown lock-ins with punters.

But a Greater Manchester Police officer accused Ei Group of showing a ‘lack of commitment’ to returning the Jolly Hatters to a ‘safe, local community public house’.

The pub had been on the radar of the authorities since the government relaxed coronavirus restrictions on pubs, bars and restaurants on July 4 last year.

On the same day GMP visited the pub while a Manchester United game was on TV to find no social distancing measures in place and the DPS ‘intoxicated and slurring her words’.

PC Martin Thorley later informed Ei Group that he believed that the showing of live football was a ‘catalyst’ for disorder at the pub.

A week later on July 11 Tameside council officers discovered that alcohol was being served past the permitted last orders of 12.30am until 4am.

Officers were again called out on August 14 to respond to reports of music being played at ‘unacceptably loud levels’.

The next day a fight involving 15 to 20 people broke out inside the premises and spilled out onto the street – but this was not reported to GMP.

CCTV played to the hearing in private reportedly showed windows being smashed during the brawl and the former DPS ‘falling over in a state of intoxication’.

Tameside council officers visited the Jolly Hatters again on the evening of September 11 to find loud music emanating from a disco being held inside.

The Jolly Hatters was closed soon after and after being served with multiple warning letters over several months, Ei Group terminated the contract of the DPS.

PC Thorley said: “My main concern is the lack of commitment shown from Ei Group to return this premises back to a safe, good local community public house that the residents of Town Lane would be proud of.

“These incidents are evidence of crime and disorder which have had an impact on the quality of life experience of residents from the local community.”

Ei Group proposed several conditions in a bid to keep the licence, including a new closing time of 11pm instead of 1.30am Monday to Sunday.

Customers will not be allowed to drink alcohol in the area outside the front of the Jolly Hatters, while the existing benches will be removed.

A minimum of two door staff will also be required two before and 30 minutes after any Manchester United or Manchester City games being shown live.

The same will apply for England international football matches, or boxing and mixed martial events involving a high-profile domestic competitor.

The pub will also be unable to advertise cheap drinks offers that could create antisocial behaviour, while staff will be required to check noise levels.

Richard Taylor, the solicitor representing the Ei Group, said: “What [the Jolly Hatters] needs is somebody with a proven track record with operating a suburban pub without any difficulties whatsoever.

“We see this as our last chance saloon here, what we don’t want is another closed pub so it’s incumbent on us to find exactly the right person.”

Councillor David Sweeton, chair of Tameside’s licensing panel, said: “I’ve never had to impose such draconian measures on any pub in my time as chair and in my experience on the licensing committee stretching back many years.

“What we’ve heard today is terrible, we’ve got a commitment from Ei Group that with these conditions they will make this pub a very well managed establishment.”