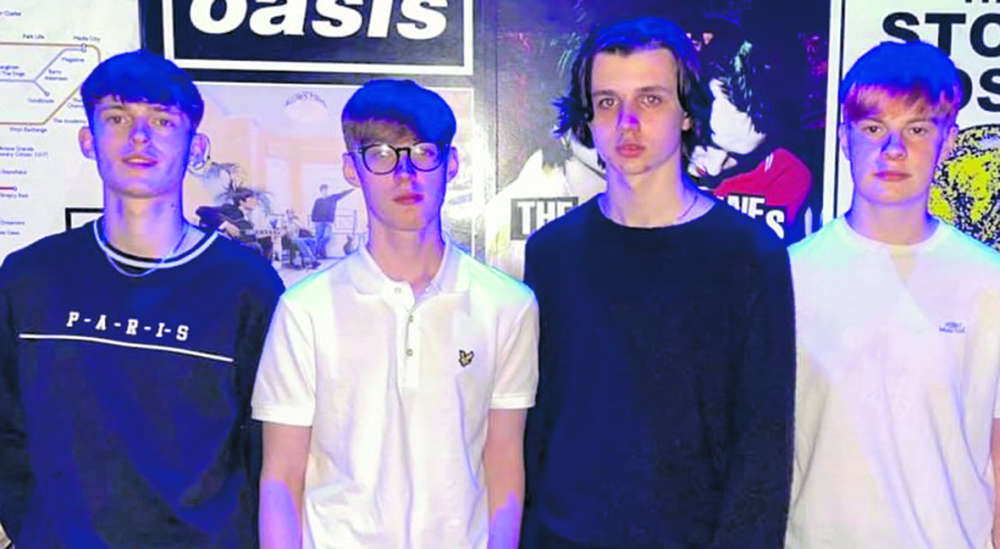 In his latest column, the Tameside Radio presenter writes about the next guests on his show - a local band about to release their long-awaited debut single.

With the music scene in Greater Manchester as strong, if not stronger, than ever before, one band from Tameside are leading the way on this side of the city.

Formed just before lockdown in 2019, New Revolution’s singer and guitarist Aiden James and guitarist Zak Hadfield had already been friends and playing music together since meeting at school a good few years previously, and then forming their first band in Hyde in 2017.

Two years later, and joined by bass player Matthew Seddon from Dukinfield, and drummer Loz Riley from Huddersfield, they formed the band which would go on to become New Revolution, quickly gaining a large following on this side of Manchester.

Influenced mainly by indie, rock and grunge, and by the likes of Nirvana, Radiohead, Foo Fighters, Metallica, The Libertines, The Strokes, Muse and the Arctic Monkeys, the band started writing together and found themselves armed with a whole catalogue of catchy songs and great riffs, along with a great, energetic live show.

As soon as restrictions were lifted and the band could play live again, they found themselves playing prestigious venues such as Manchester’s Night and Day Cafe and Band On The Wall, local festivals such as ‘Made In Manchester’ and ‘Bayfest’.

They also headlined shows closer to home, including a packed out show in the New Stalybridge Labour Club, and Zeros live music venue, constantly perfecting their presence and live show, whilst well and truly getting the band’s name on the Greater Manchester music map.

To celebrate the single release they will be performing a full live homecoming show at Zeros Bar, Stalybridge on Saturday, January 29. Tickets are available on the door from 7pm.

The band will be joining me live this Monday night on my Tameside Radio show from 7pm to tell us more about their journey so far and their new single.