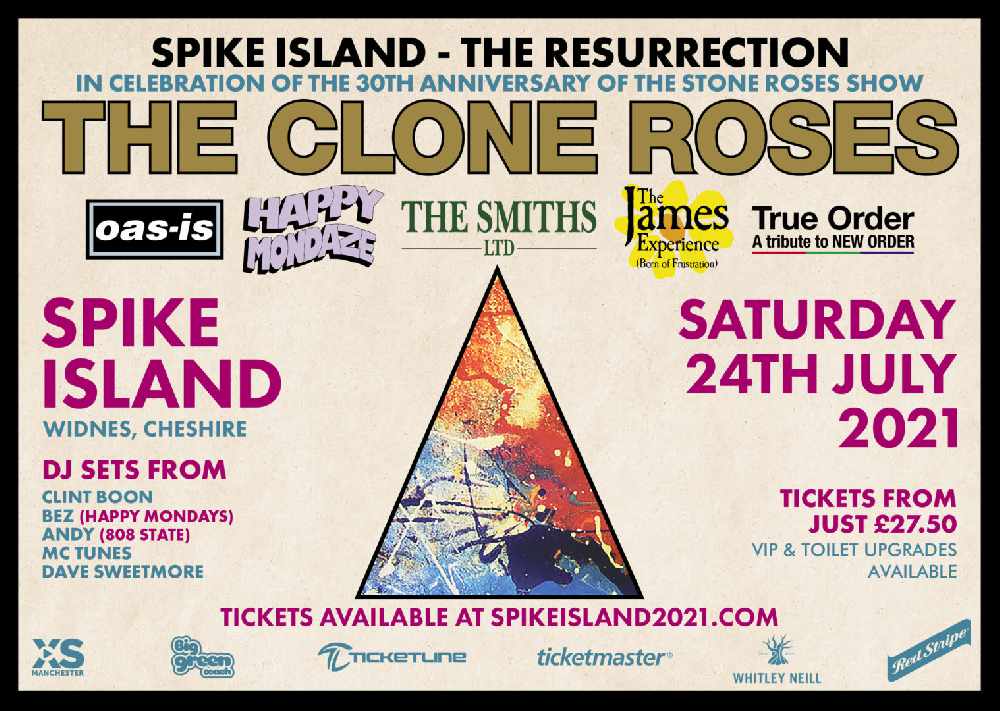 Sunday 27 May 1990 was a day that became one of the most significant dates in the history of popular music.

Thirty thousand people were to descend on a man-made island by the River Mersey in Widnes, to witness an historic event, by the band of a generation who openly played by their own rules.

The Stone Roses could have played at any of the usual outdoor venues for their huge historic gig, but deciding not to follow in other band’s footsteps, they wanted to make their own history.

Spike Island became The Stone Roses seminal moment. As one of the most talked about gigs of all time, the day didn’t go without its faults.

As frontman Ian Brown later recalled, the organisation was shambolic, and the PA system was nowhere near big enough.

But still, The Stone Roses Spike Island gig will always remain one of the most important music events of all time. Since that date, no event had ever been planned to take place on the island, that was until the planned 30th anniversary celebration of that iconic Stone Roses gig last year.

Due to the Covid-19 pandemic, the celebration had to be moved and will now be taking place this year on Saturday, July 24.

The event will be headlined by The Clone Roses, and will recreate that amazing day back in 1990 for fans who were there, fans who missed out, and fans who were too young to be there, but without any of the technical problems faced back then! It’s going to be a very special day.

This is The Clone Roses, who for more than 20 years have been at the forefront of live tribute bands, on a different scale to most others, a brand of their own, and with the full backing and support of pretty much every Manchester music legend.

Thousands of people will be descending once again on Spike Island in July, for what will be not only a very special and unique day, but also one of the biggest events of its kind to ever take place.

It’s a full day of Manchester music, with tributes to Happy Mondays, Oasis, The Smiths, James and New Order also on the line-up, and DJ sets from Bez, Clint Boon, Andy from 808 State, MC Tunes, and myself.

As expected, tickets for this event have sold in their thousands, and the last section of tickets are now on sale, available at spikeisland2021.com

Gav Scott, frontman of The Clone Roses, joins me this Monday on my Tameside Radio show, at 7pm.