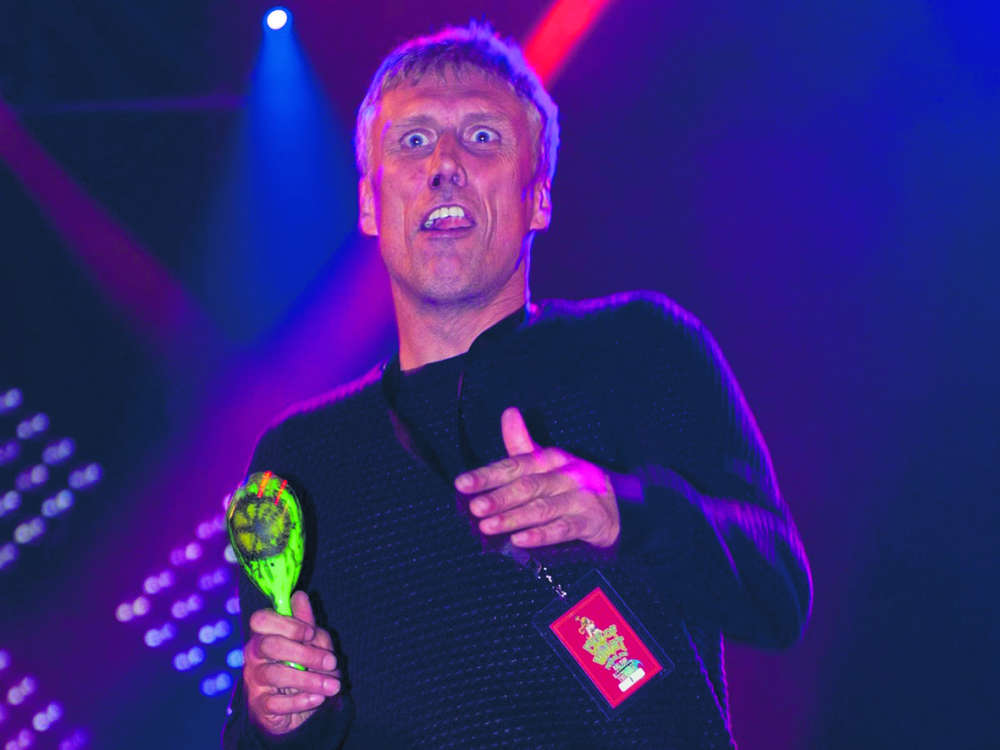 Tameside Radio presenter Dave Sweetmore previews his fascinating chat with 'Bez' - best known for being part of the Happy Mondays - which you'll be able to hear during his next show...

The list of Manchester music icons is a pretty big list, when looking back at the amount of musical talent we’ve had over the last six decades.

High up the list as a fans’ favourite is without a doubt Bez (pictured). Born in April 1964, Mark ‘Bez’ Berry, has remained a permanent fixture in legendary bands Happy Mondays and Black Grape, and as a dancer and maraca player has become the Manchester music mascot.

Over the years, he’s never been far from the spotlight both on and off stage, whether that be for his political movement, his beekeeping, his help for the homeless, his win on Celebrity Big Brother, his ‘Science with Bez’ TV show, his natural way of living and organic eating, or the numerous TV shows he’s been part of.

His rock ‘n’ roll lifestyle is well documented, but, alongside that, Bez is also one of the most down to earth, decent human beings you can meet. He’s also one of the hardest working people I know.

Through lockdown, touring alongside Shaun Ryder, Rowetta, and the rest of his Happy Mondays’ bandmates has come to a standstill, along with his many DJ sets and public appearances, but he’s still managed to keep busier than most.

To help the nation with mental and physical health when lockdown first started, he launched ‘Buzzin With Bez’, a hugely successful online keep fit series.

Alongside his sidekick Ryder, they have become the UK’s favourite duo on popular TV show ‘Gogglebox’, which as someone who doesn’t watch television has been an experience in itself for Bez.

He’s currently back in the charts with ‘Vindaloo Two’, a remake of the classic Fat Les football song, in support of the England Football Squad at this year’s Euro’s tournament.

With the help of Rowetta, Paddy McGuiness, Will Mellor, Keith Lemon, and Danny Dyer, the Vindaloo Two team have raised a huge amount of money for the NHS Charities Together project.

When lockdown finally ends, Bez is back on the road for a huge arena tour, with his band Happy Mondays, alongside other legendary Manchester band James.

Bez joins me this Monday night on my Tameside Radio show from 7pm, to talk all about his life during lockdown.