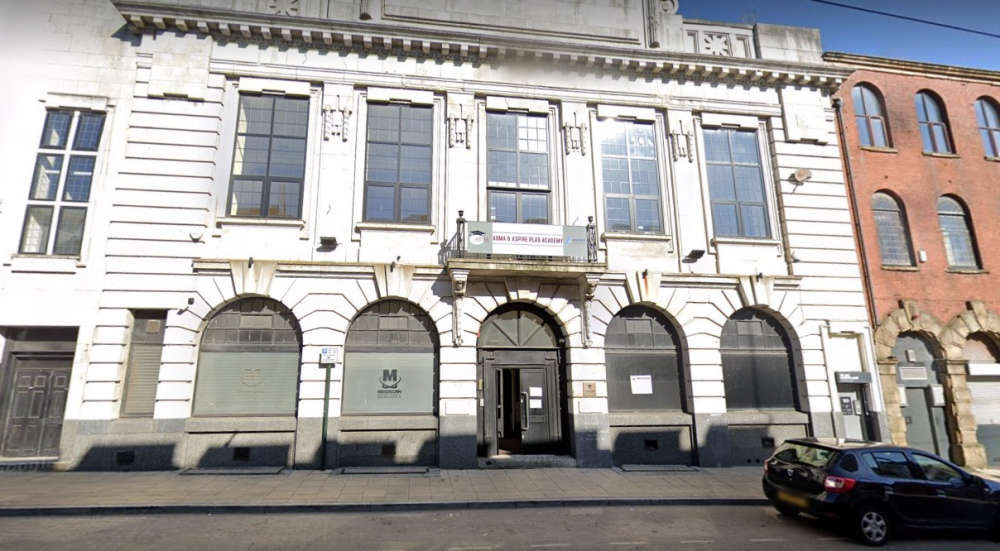 An ultrasound company has been rated inadequate for a second time after equipment covered in 'dried gel' and thousands of 'lost' referrals were discovered.

The Care Quality Commission (CQC) had inspected Mediscan Centre in Oldham and the headquarters of the company behind it, Mediscan Diagnostic Services Limited, in Tameside.

Health commissioners uncovered that there had been more than 3,600 ‘lost’ referrals from the company following scans in the region, which could have put patients at risk of harm.

The company provides ultrasound examinations for NHS and private patients across Greater Manchester, including for transvaginal examinations.

However inspectors said that one sonographer, a professional who uses ultrasound equipment, was ‘unaware’ what female genital mutilation was.

Mediscan Diagnostic Services Limited did not respond to requests for comment by the Local Democracy Reporting Service.

The company had been rated inadequate and suspended from carrying out various procedures following a damning inspection by the CQC in the summer.

The latest report, published at the end of October, upheld the inadequate rating and used further urgent enforcement powers to suspend services until November 25.

The unannounced visit to Mediscan Centre, on Union Street, concluded that in the areas of safety and leadership, the business was failing.

Crucial issues around infection control were raised again by inspectors.

“We observed aspects of the environment and equipment were visibly unclean, this remained a concern from previous inspections, whilst the clinic was currently suspended we would expect that the appropriate cleaning had taken place ready to resume services,” they said.

“The ultrasound machines in both clinical rooms were visibly unclean with the machine in room one being worse.

“There was visible evidence of dried ultrasound gel around buttons and probe holders.

“The examination couches in both rooms were wipeable but looked visibly unclean and there was no wipeable cover on the pillow on the couch in room two as per the decontamination policy for the service.

“There was black dust evident on the frame of the couch in room two, the wall mounted soap dispenser was empty, and the automatic sanitizer dispenser was not working.”

Inspectors found wipes that were used for the cleaning of ultrasound equipment had expired in December 2020.

The kitchen, which was accesible from the main reception and close to the patient toilet contained ‘hazardous and flammable substances’ stored in an unlocked cupboard.

There were also two ultrasound gel decanting bottles in the storage and clinic rooms which contained gel and had no expiry dates, inspectors said.

Additionally the CQC said the business could not provide evidence that referrals had been, or were clinically triaged, and the process was not formally documented.

To download images onto the system one member of staff had to manually download the images from equipment in clinics across the country using a hard drive.

“We were told that they travel to local sites every three days and sites further away such as London every two weeks, to collect the images,” inspectors said.

“The registered manager told us that if urgent findings were identified they sent the images immediately to the hospital.

“This meant there was a potential delay in images being sent if they were requested immediately for urgent findings outside of the local area.”

Inspectors added: “We received concerns about large numbers of patients who had been lost to follow up.

“The local commissioners had undertaken a review of the list and highlighted that there were 3,674 lost referrals in the system, for which they have had to contact GPs to re-refer patients.

“These were in relation to patients within the Greater Manchester area.

“There was a risk that patients may or have been exposed to the risk of harm as a result of not receiving the required diagnostic procedures in a timely way. This could lead to delays in treatment for patients.”

While a safeguarding lead had been appointed since the last inspection, the CQC had concerns about the robustness of the system.

The business employs 41 staff in total across the service.

Since the previous inspections ‘steps had been taken to strengthen the leadership team ‘and a new structure had been recently devised.

The new structure consisted of a board, a deputy chief executive officer and a senior management team consisting of an IT, finance, human resource, operations and quality and planning manager.

But inspectors said: “Given the concerns we identified during the recent inspections, the clinical and regulatory compliance weakness had not been addressed within the new structure and there was no clinical staff member included within the new senior leadership team.”

The service had recruited a nurse to oversee safeguarding and infection prevention and control but they worked for another  organisation two days a week and it was ‘not clear’ from their contract how many hours they would work for the service.

“It was not clear how they would manage a large portfolio of work across a wide geographical area working part time hours,” inspectors added.

CQC inspectors reviewed five personnel files during the inspection and found no references or ‘evidence of staff competency checks’ in any of them.

“We had concerns raised with us that staff were unable to raise concerns without fear of retribution from the leadership team,” their report stated.

“Concerns described behaviours of some leaders as ‘bullying’ and ‘threatening’,

“We received concerns from patients about the ability to make contact and raise concerns with the service.

“There was limited evidence of learning from complaints and incidents.

“The board member with a background in business turnaround identified that the service was only at the start of its improvement journey and encouraged a CQC visit in four months so that we could see implemented changes.”

The CQC ordered the urgent suspension of diagnostic and screening procedures, surgical procedures and treatment of disease, disorder or injury.