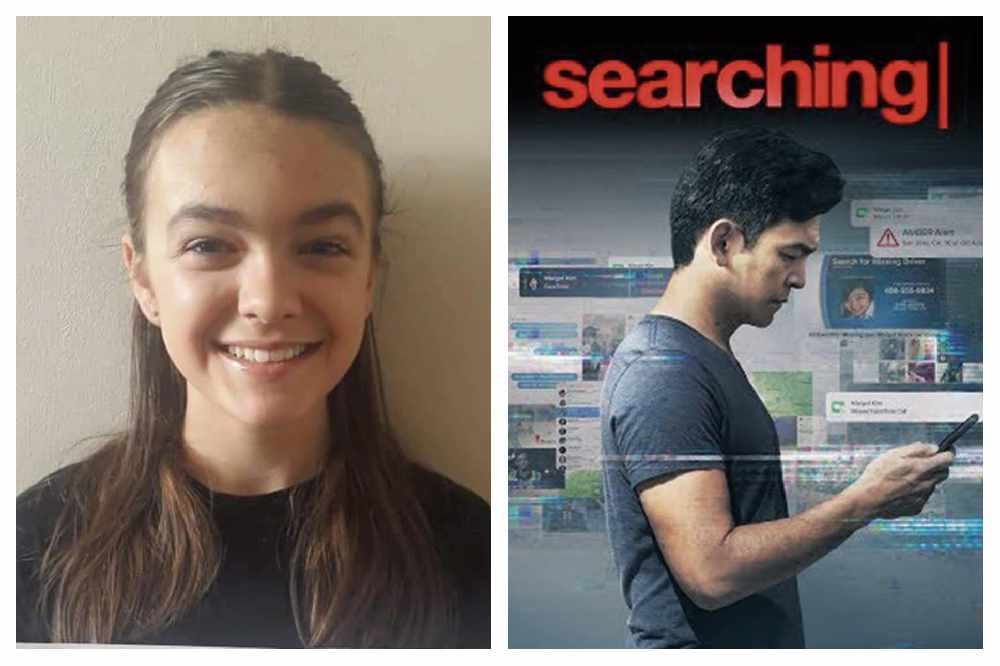 This week, secondary school student Daisy reviews the movie Searching - which you can catch on Netflix now...

This crime thriller was so gripping and well crafted.

I thought that the cinematography and layout of each scene was very unique, the director (Aneesh Chaganty) ensured that the audience had to make lots of inferences and assumptions of their own.

I really liked the structure of the film and thought that the twist in the last few moments of the film had been very well hidden throughout the whole of the movie, keeping the audience guessing until the very end. The final ten to 15 minutes had me on the edge of my seat.

This film covered every feeling and emotion possible.

It was uplifting, it was powerful, it was intriguing, it was thought- provoking, it was heart-rending.

The story follows the perspective of a father, David Kim, whose 16-year-old daughter goes missing.

When the police investigation doesn’t give him any leads, he decides to take it upon himself and do some investigating of his own.

He searches the one place that no one else has: her laptop.

But her digital footprints start to open doors and as he discovers more about her, he questions himself: did he really know her at all?

John Cho, playing the father, gives an emotive and layered dramatic performance which gives the audience an insight into his struggles as a single parent as well as the problems he faces as he embarks on the search to find his daughter.

I don’t think I’ve ever seen a movie quite so uniquely filmed, in parts there was very little speech or dialogue but it was still so touching and poignant.

Many of the scenes were contained within screens, framed by various forms of technology, yet there is still an unexpected sense of momentum and fluency between scenes; the film moves very quickly which helps to build up the mystery and tension until the very end.

The way that modern technology was portrayed was innovative and original. It was so cleverly done and with the constant change in perspective, it was impossible for the audience to see what was coming next.