Cycling and walking schemes over £24m approved by regional leaders 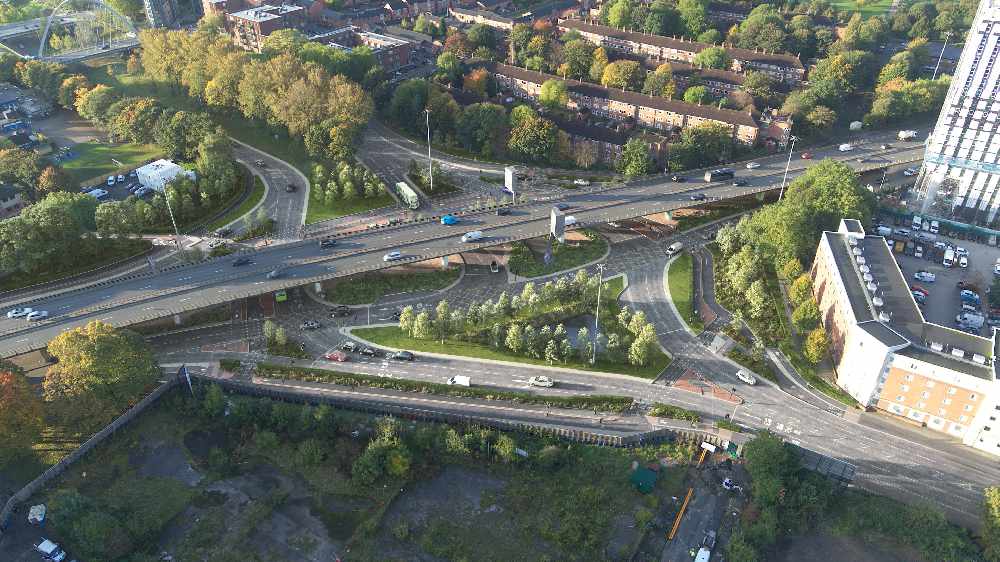 More than £24 million has been approved for new cycleways and footpaths across Greater Manchester – including improvements at one of the region's 'most dangerous' junctions.

Described as an ‘unpleasant’ experience for cyclists and pedestrians, the junction is being redeveloped to accommodate new roads leading onto the ring road and into the city centre.

The subways beneath the roundabout are also being replaced with fully segregated signal control crossings for pedestrians and cyclists on all larms of the junction.

Manchester council has now been given the final £3.25 million from regional mayor Andy Burnham’s walking and cycling challenge fund to complete the £9.1 million scheme.

Mr Burnham told a meeting of the combined authority on Friday: “This scheme will greatly enhance the cycling and walking facilities at what is one of the busiest road junctions in Greater Manchester.”

Sir Richard Leese, leader of Manchester city council, added: “That junction was absolutely unpleasant for pedestrians, with a very nasty series of underpasses as an alternative to crossing the roads for cyclists.

“It’s probably one of the most dangerous junctions anywhere in Greater Manchester.”

Another major scheme that has moved a step closer with extra funding is the improved layout of A5063 Trafford Road between the M602 roundabout and Salford Quays.

Designed to improve access and encourage further growth in the area, the £20 million plan will change the layout of the busy road linking the city to neighbouring Trafford.

Fully segregated cycle lanes will run along the length of Trafford Road in both directions, with raised kerbs on either side.

Cycle-optimised protected signal (cyclops) junctions will also be placed at each of the junctions on Trafford Road between The Quays and both Waterfront Quay and Furness Quay.

This will provide separate lanes protecting vehicles, cyclists and pedestrians from one another.

Mr Burnham said the scheme represents ‘very high value for money’ and is something ‘long recognised as needed to be done’.

The mayor of Salford, Paul Dennett, said the project would answer calls to build new infrastructure to compliment the construction of new homes in the city.

“It’s about encouraging a lot more active travel by reconfiguring roads and walkways toe encourage more people to walk and cycle,” he added.

“We need to see more of this across the whole of Greater Manchester, linking infrastructure investment with walking and cycling and hopefully leading to behaviour change.”

The combined authority also agreed to more than £7 million of development costs funding for nine other schemes within the mayoral cycling and walking challenge fund:

An artist's impression of the new roundabout layout beneath the Mancunian Way in Manchester.