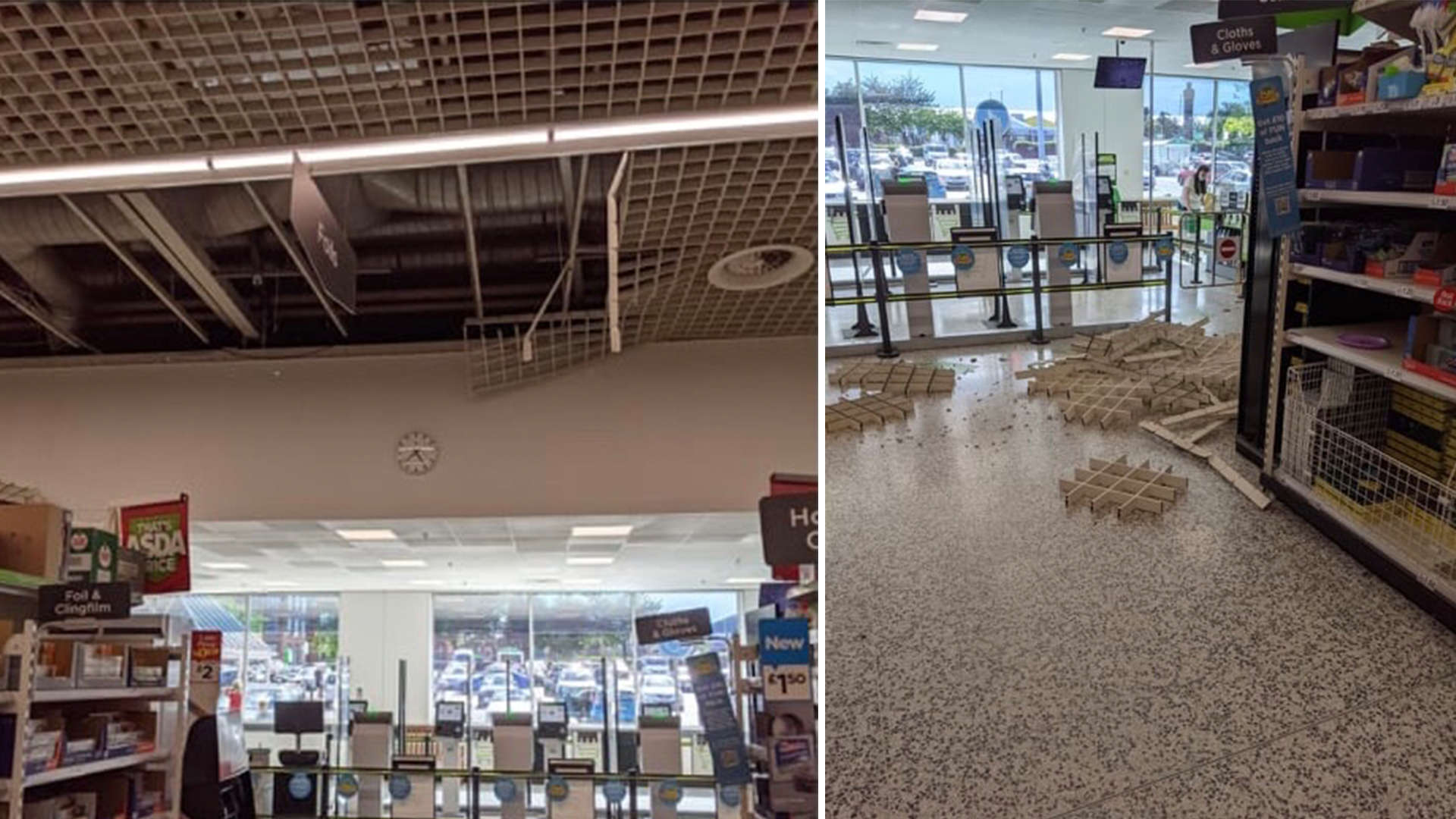 Three people were taken to hospital as a precaution, after a shop floor ceiling at an Asda store in Ashton partially collapsed.

Images taken from inside the store on Cavendish Street show part of the ceiling which had fallen down close to the self-checkout tills and debris all on the floor.

The incident is understood to have happened at around 4.30pm on Thursday afternoon (15 July), prompting customers inside the store to be evacuated.

A woman and two young children were taken to hospital as a precaution but were quickly discharged and are all doing well.

One eyewitness told us that the store staff were "amazing in making sure everyone was okay and then evacuating everyone safely".

Marc Leyland, who was in the store at the time, also told the Reporter: "I'd just come down the coffee aisle walking down towards the 'Scan and Go' area when I heard a crack and looked up to see a section of the ceiling drop and swing, peeling off more sections like dominos heading towards me.

"There were two ladies in front of me with their back to it so I shouted for them to run as it fell. Luckily, it stopped just before the section that was over them.

"There was a lot of noise and dust, then a baby crying from the opposite end to where I was. The staff immediately came to make sure we were all okay. I'm so glad no-one was seriously injured, it could have been so much worse."

The Asda store was reopen as normal on Friday (16 July).

An Asda spokesperson said: "A small section of the ceiling in our Ashton under Lyne store collapsed yesterday evening (Thursday). Following the incident, a family was taken to hospital as a precaution and we are pleased to hear they are all ok.

"The store reopened as normal this morning and we are continuing to work with the relevant authorities on this matter." 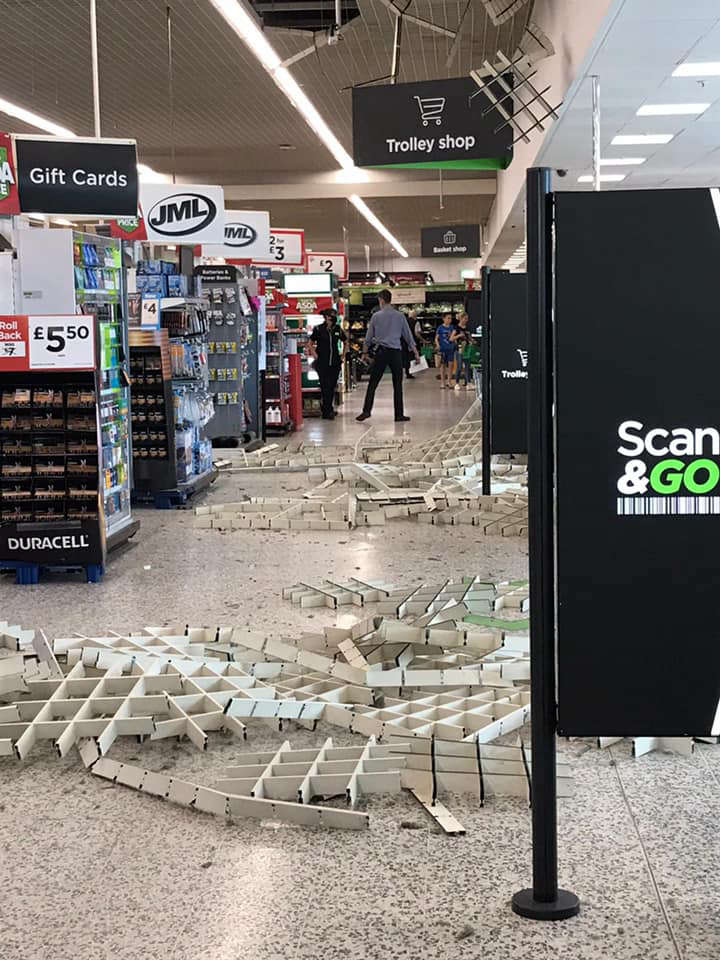 Some of the damage done by the ceiling collapse. Image: Scarlett Emily.

A spokesperson for North West Ambulance Service said: "We were called at 4.35pm to reports of a partial ceiling collapse at Asda on Cavendish Street, Ashton-Under-Lyne. We sent a response vehicle and ambulance to the incident. We treated an infant and took him to hospital."

Two fire engines were dispatched to the store, with firefighters helping to ensure everyone was evacuated and the scene was made safe.

A spokesperson for Greater Manchester Fire and Rescue Service said: “At approximately 5.20pm on Thursday, 15 July, firefighters were called to reports of a partially collapsed ceiling at a supermarket on Cavendish Street, in Ashton-under-Lyne.

“Two fire engines from Ashton, alongside the Technical Response Unit from Leigh, quickly attended the scene. A full evacuation of the store took place while fire crews made the scene safe.

“Three casualties, a woman and two young children, were transferred to the care of colleagues from NWAS and conveyed to hospital.

“Firefighters were at the scene for around two hours.”