Crews had to extinguish a small fire on a main road in the Newton area of Hyde on Friday morning (28 May).

Firefighters were called to Talbot Road at around 10am after some equipment, where roadworks have been taking place, had caught fire.

A section of the road was taped off by police and remained closed for around an hour.

The 346 Stagecoach bus had to be diverted as a result.

A spokesperson for Greater Manchester Fire and Rescue Service said: “At approximately 10am on Friday, 28 May, firefighters were called to reports of a fire on Talbot Road, Hyde.

“Firefighters wearing breathing apparatus used one hose reel to extinguish the fire. Fire crews were in attendance for one hour.” 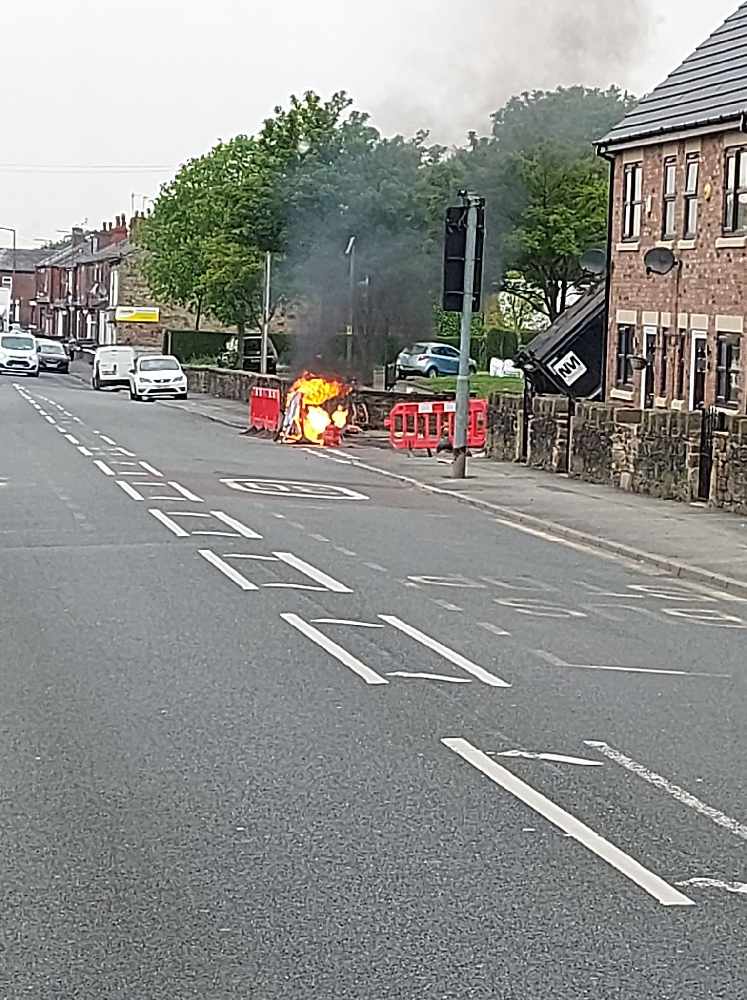 Video and images by Debbie Wright.