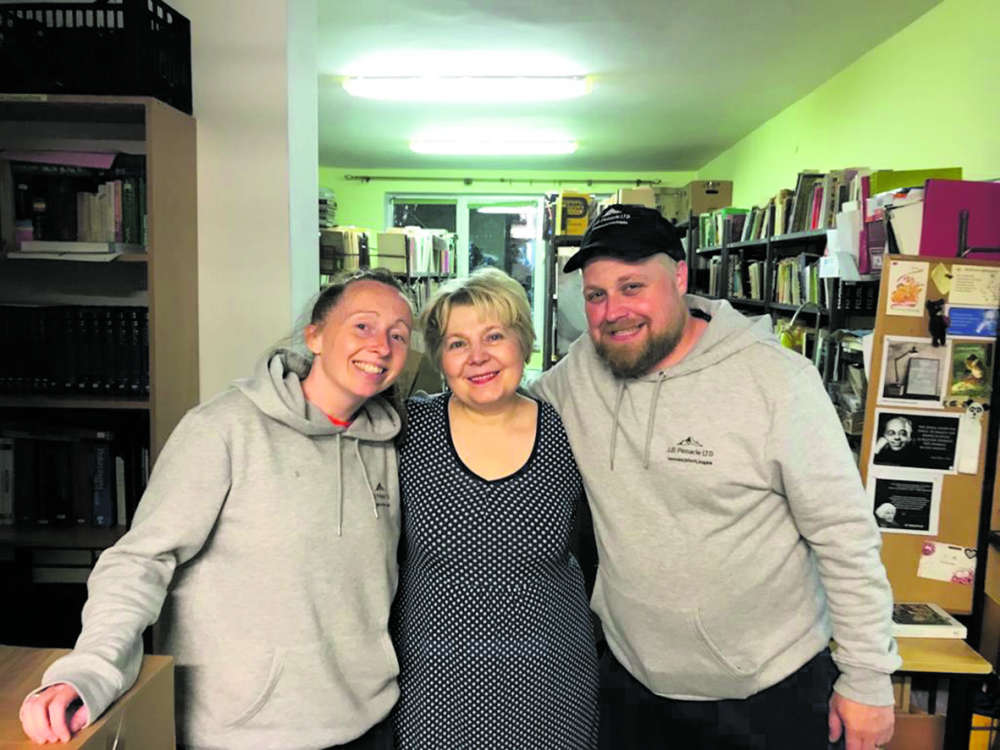 Jen, Paul and an aid worker in Poland.

Heart-wrenching scenes of Ukrainian families forced to flee their homes by the advancing Russian invasion persuaded couples in Denton and Woodley to post an urgent 'call to alms' on social media.

Danielle Beverley and her husband Paul, along with best friend Jen Henshaw and her wife Jenny, were as shocked as anyone by the TV news reports of thousands of refugees ‘left with nothing’ after the unrelenting bombing raids in the first few days of the war.

All four were upset by the plight of the families whose lives had been shattered, as Danielle explained.

“As parents ourselves, what hit us really hard was seeing the children who had lost one or both of their parents,” she said. 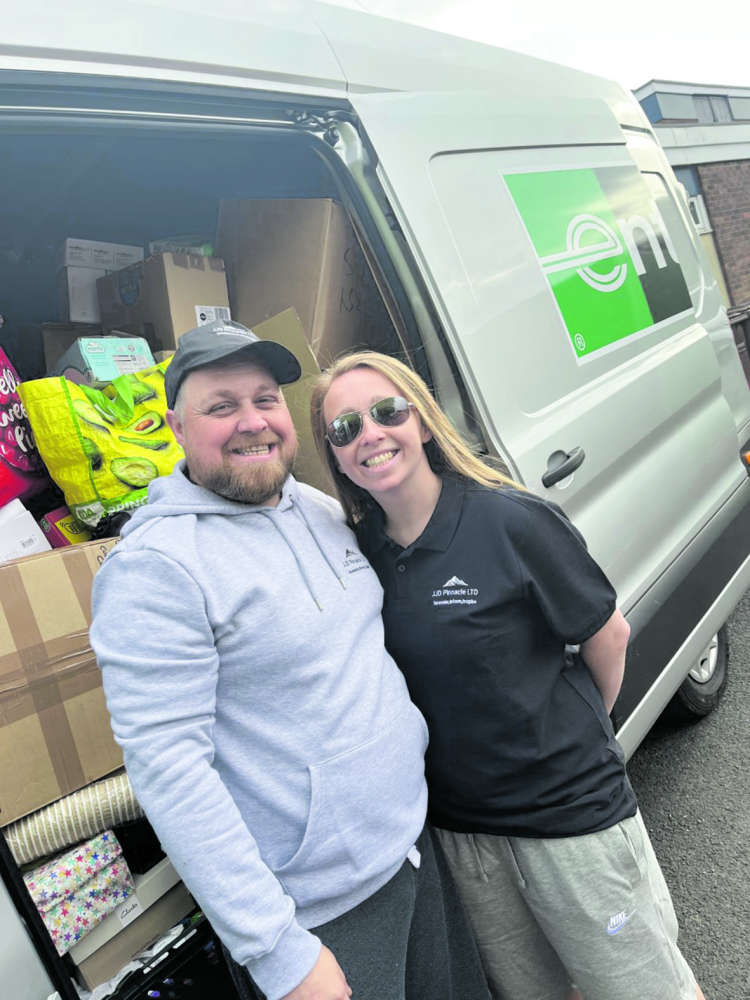 For Danielle and Paul there was also an emotional moment when they heard their five-year-old son Jaxon singing Lean On Me which he had learned at Manor Green School as a song of solidarity for the refugees.

Deciding they had to ‘do something’ to help the humanitarian aid effort, the friends posted on Facebook appealing for help and asking everyone to spread the word. 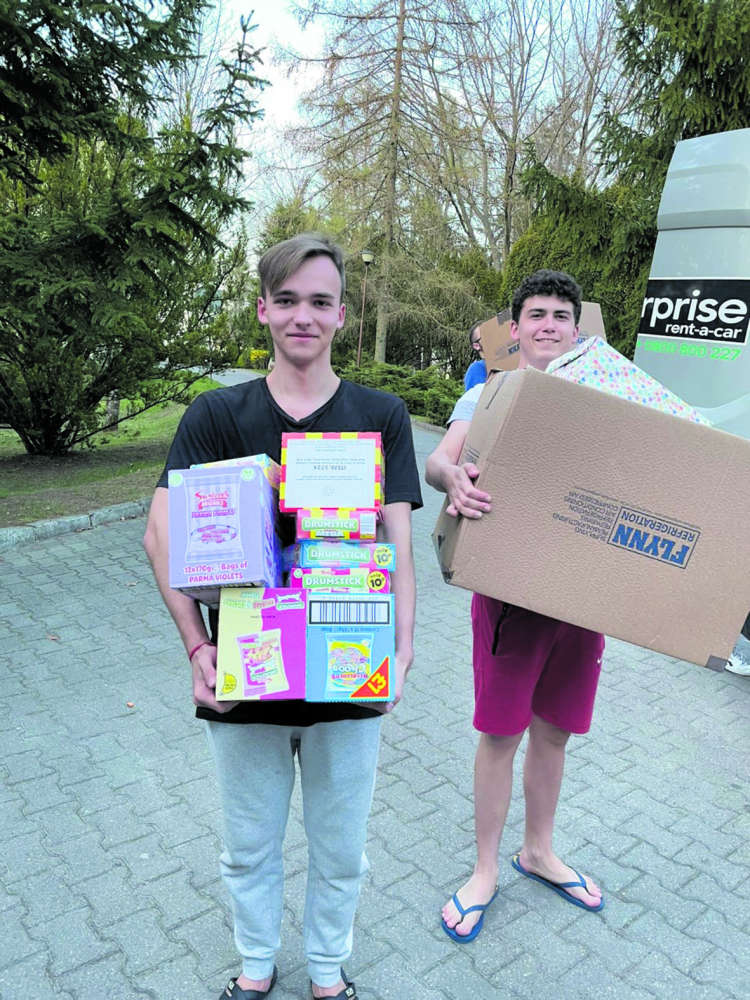 “It just snowballed from there overnight, the response was absolutely amazing. We were inundated with offers of donations - all kinds of things which people were kind enough to drop off or we arranged to pick up - clothes, medical supplies, dried foodstuffs, toys, toiletries, sanitary products, baby wipes and so on,” Danielle said. 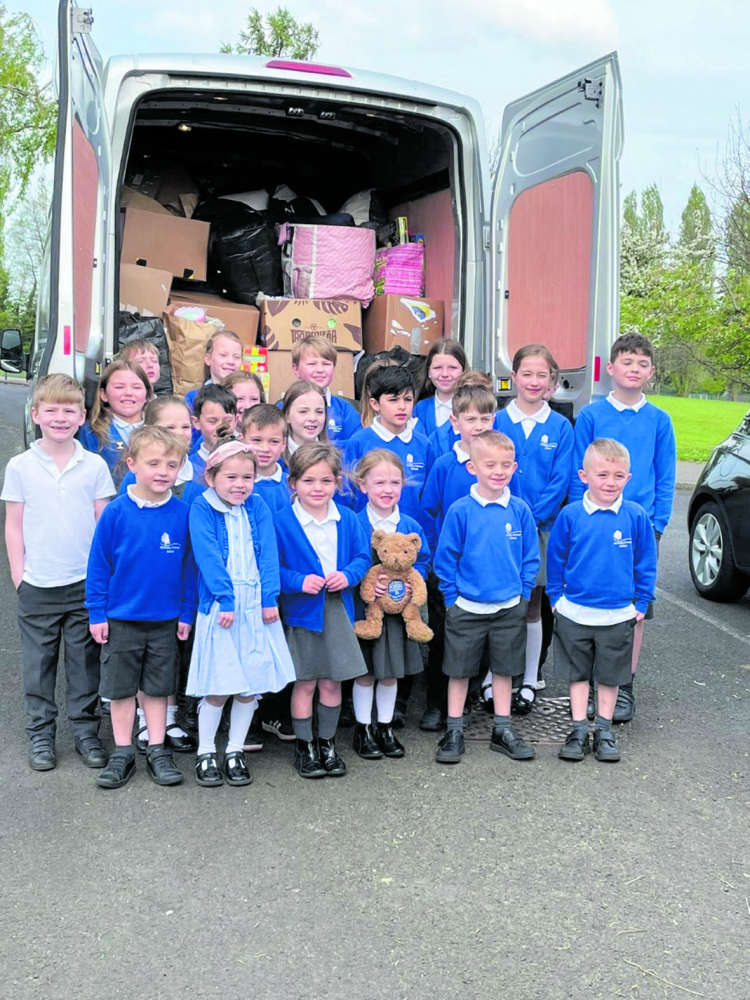 Financial support from Danielle, Jenny and Jen's recruitment business JJD Pinnacle, football cards, a cake raffle and a sponsored silence covered the hire of a vehicle, plus fuel costs and the Eurotunnel crossing.

Jen Savaris, a friend from Stockport, had made similar trips to deliver aid and suggested Szczecin, a city in Poland as a safe destination.

“In all, it took a couple of months to organise. Paul and Jen (Henshaw) said they would share the driving and finally on April 22, were ready to set off,” Danielle added. 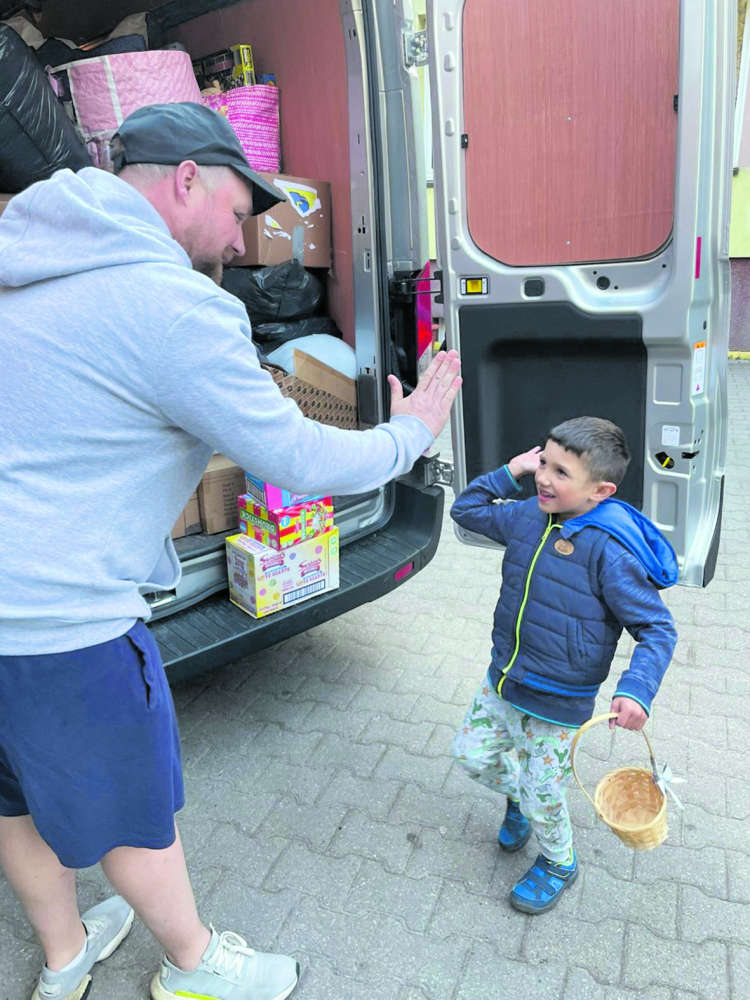 Paul giving a high-five to a young refugee

After journeying 27 hours through France, Belgium and Germany, they arrived at a boarding school in Szczecin providing emergency shelter for families and orphaned children who have fled Ukraine.

Despite the trauma and tragedy they had suffered, most of the refugees appeared to be in good spirits.

“Paul and Jen were really humbled by the experience. There were lots of happy, smiling faces and everyone seemed so glad to see them,” Danielle said.