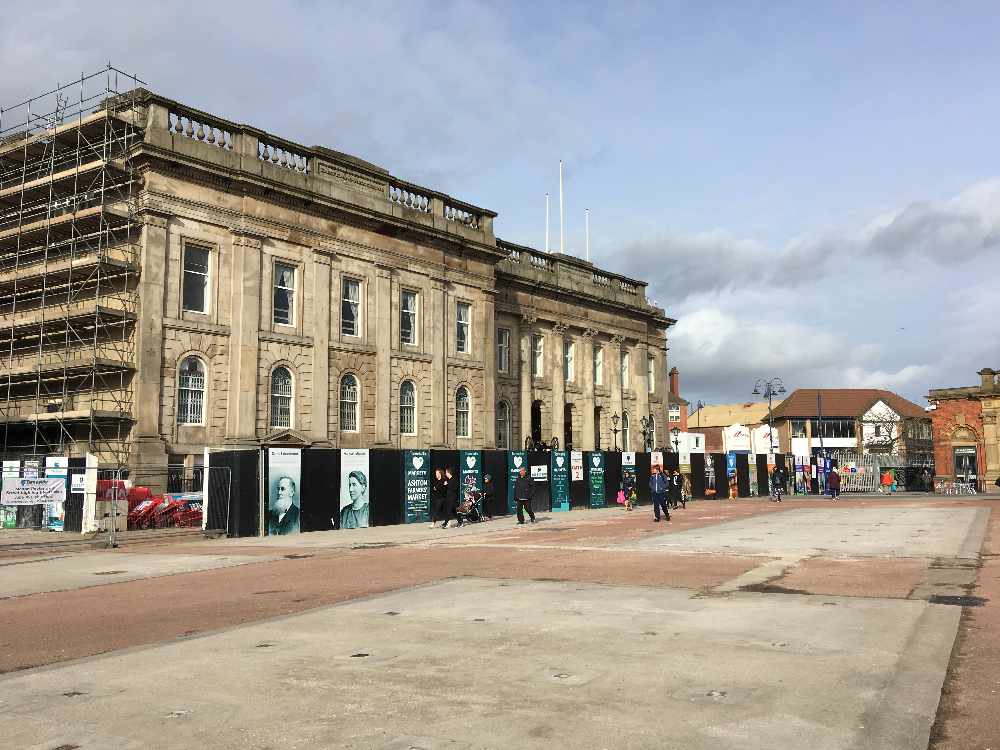 Bosses are to spend £270k repairing the Grade Two listed Ashton town hall, which is in danger of getting seriously dilapidated if it is allowed to deteriorate further.

Tameside’s executive cabinet has signed off the funding, which comes from a pot of £10 million previously agreed to renovate the iconic civic building on Market Square.

The town hall, which opened in 1840, has been closed, along with the Museum of the Manchester Regiment, since 2015.

Bosses planned to reopen it as part of phase three of the Vision Tameside project, but the collapse of construction firm Carillion has delayed works.

Much of the ‘significant damage’ occurred when the physical link between the town hall and the Tameside Administrative Centre (TAC) was disconnected in order to demolish the centre and clear the site.

Emergency repair works costing £120k are now to be carried out to the building parapet and roof by February.

Cabinet member for finance, Councillor Oliver Ryan said: “We are going to do some repairs on the building to allow it to be looked at for future uses and return it to the grandeur that it should be in as a testament to the people of Ashton and Tameside.

“The condition of the town hall has caused concern so we’re funding this significant work to safeguard the future of the building.

“Once the building is secured a survey will be carried out to establish what’s needed to restore Ashton town hall to its former glory and when fully renovated the building will become more marketable for use, breathing life back into this important civic structure.”

A drone survey has highlighted the need for emergency repairs to the roof in order to stop water leaking into the building.

Chiefs are also spending £50k on a survey which will assess the costs of undertaking an ‘envelope’ repair scheme on the entire town hall, as part of two-stage redevelopment programme.

“The condition of Ashton Town Hall continues to give cause for concern and if significant work is not undertaken to the ‘envelope’ in the short term then this significant heritage asset may be put at risk, and the cost of work required to restore and redevelop the building is likely to increase significantly,” officers state in a report to cabinet (December 18).

“The condition of the town hall continues to deteriorate due to the lack of operational mechanical and electrical infrastructure, the poor condition of the roof and the integrity of the rear elevations damaged as part of the TAC separation scheme.”

The ‘envelope’ restoration would see the roof repaired, and a new mechanical and electrical system installed, the repair and cleaning of the front elevations including the parapet and town hall steps.

Officers also recommend reinstating temporary internal heating, power and ventilation to maintain the internal fabric of the building, and constructing a glazed external stair and lift.

Council leader Brenda Warrington said: “I think we have to get the message out that Ashton town hall will be open for business as quickly as it’s reasonably possible for us to get the money together and get the repairs done.”

If approved the works could take place from April this year.