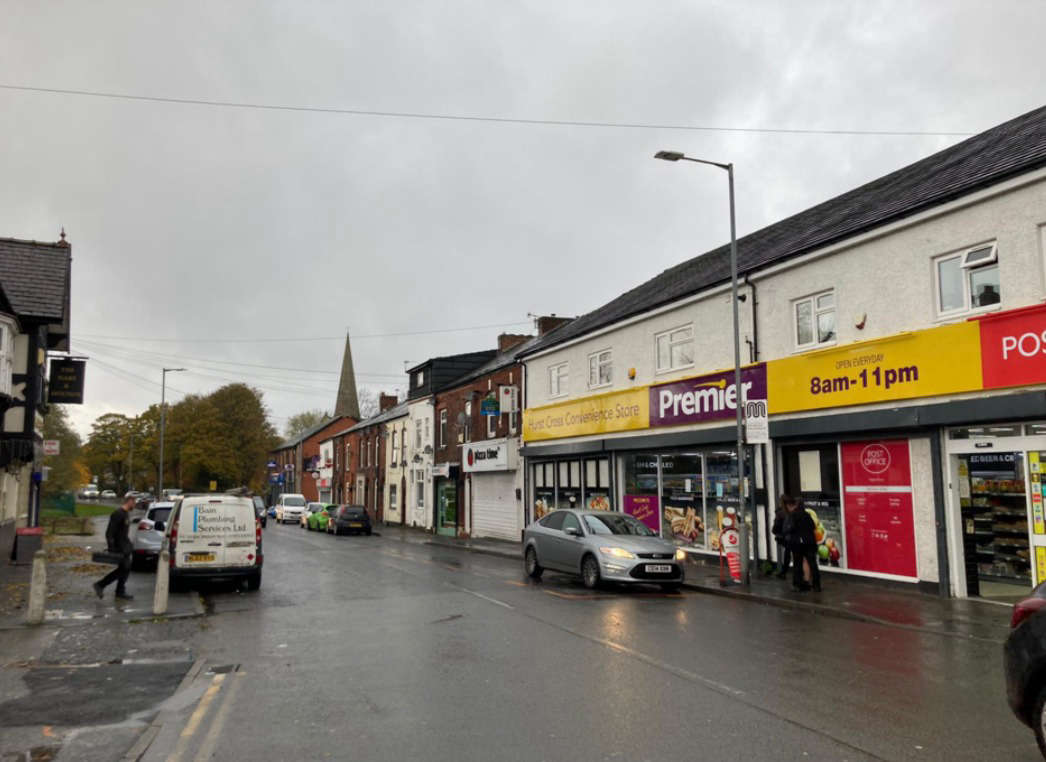 ‘Red herrings’, fraudulent signature claims and a feud over the running of a newsagents have led councillors to strip it of its licence.

‘Red herrings’, fraudulent signature claims and a feud over the running of a newsagents have led councillors to strip it of its licence.

The Premier Hurst Cross Convenience Store in Ashton-under-Lyne has had its alcohol licence revoked following a hearing of the town hall’s liquor licensing panel.

A licence review of the shop on Kings Road was lodged by an officer on behalf of the council’s licensing department, over concerns about crime and disorder.

The grounds for the review were that the previous premises licence holder, Mohammed Ayoob, had made a complaint to the council and Greater Manchester Police that he did not consent to the transfer of the premises licence to a man by the name of Tasadaq Ahmed, on April 28.

Mr Ahmed said he had submitted evidence to show he was the designated premises supervisor and leaseholder, and had been the ‘only person’ running the shop, with no input from Mr Ayoob.

He said he believed the application to transfer the premises licence to him had been legitimately carried out.

Mr Ayoob maintained that consent form was ‘fraudulently signed’, and the council found it did not match a signature he had previously provided.

He told the hearing he was ‘extremely shocked and angry’ about the incident.

Councillors were told that there has been an ongoing row between people involved in the running of the Premier store, which began in the spring of this year, and which led to the police being called.

Licensing officer PC Martin Thorley told the panel meeting that there had been a complaint that four men had entered the shop on May 25 and shouted at staff and customers to ‘get out’, causing ‘alarm and distress’.

On the same day, another crime which was connected to the previous incident was recorded.

PC Thorley said: “The victim received a phone call off an offender who said ‘I’m going to put a bullet through your head’.

“The victim and offender have an ongoing dispute over the shop ownership.”

PC Thorley told councillors that the investigations had not been progressed due to either lack of evidence or support from the victim.

Mike Robinson, regulatory compliance manager, said there had been a ‘number of red herrings’ given as verbal evidence during the course of the hearing.

Licensing officer Gemma Lee said: “One thing that has become very apparent is there is a huge discrepancy in relation to this consent from Mr Ayoob to Mr Ahmed.

“It is apparent that the panel should consider revocation of the licence because it does not promote the licensing objective around crime and disorder.”

Licensing consultant Tony Dales, who was representing Mr Ahmed and who had been involved in the applications over the premises licence said the situation involving Premier Hurst Cross business arrangements was ‘at the least, confusing, and most definitely questionable’.

“Mr Ahmed knew nothing of the premises licence transfer in Mr Ayoob’s name,” he added.

“Up until October 2021, except for a short period in March, Mr Ahmed has run Premier Hurst Cross, he is the person in day to day charge of running the premises.

“There is one thing for sure in this matter, Mr Ahmed is an innocent party.

“We fully understand the complexities of this. It’s been personally concerning for me that in a way my credibility and honesty have been called into question here, and that’s not a nice feeling.”

Committee chair Councillor Dolores Lewis said the panel had listened to all oral and written submissions to the hearing.

“It appears there has been dishonesty in this case, and on the application,” she added.

“Either consent was given for the transfer, and some of the witnesses are now being dishonest about that, or consent was not given and the application to transfer was fraudulent.

“It is not for the panel to make findings in relation to guilt or innocence.

“However the panel can be confident that there has been some dishonesty in the transfer one way or another.

“There has been recklessness as to the contents of the application or there was a false statement.

“The panel cannot determine through an examination of the application process whether or not consent was given properly, this failure strikes at the heart of the licensing regime.

“The panel must have confidence that applications are genuine, true and accurate.

“The panel has not confidence that the licensing objectives will be upheld and has determined to revoke the licence.”