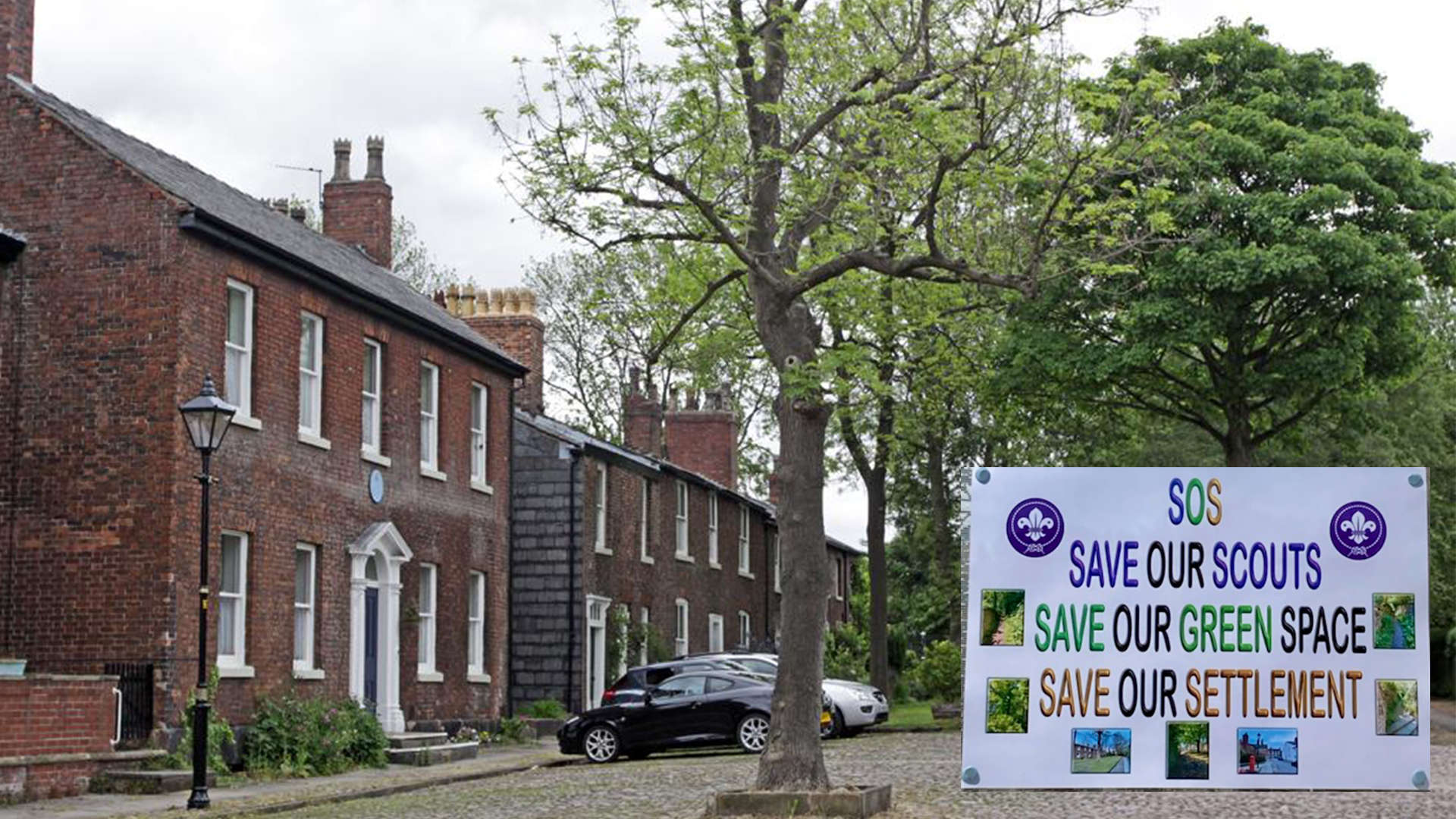 Plans to sell off a precious area of open space at the picturesque Fairfield Moravian Settlement have been put on hold following strong objections from the local community.

The Moravian Church’s London-based trustees have agreed to pause until September the sale of the three-acre site which has been described as a haven for wildlife and Droylsden's last remaining ‘green lung’.

The delay gives the congregation, local residents and the 413th Manchester Scout group based at the settlement more time to decide their next move which could see an appeal being launched to buy the land - officially registered as an ‘asset of community value’ (ACV).

Janet Warr, a church committee member who chairs the Friends of Fairfield group said it was unthinkable that a developer could come in and destroy the only oasis of calm in an otherwise built-up area.

For the past 60 years it has been the perfect base for Scouting activities giving generations of youngsters an opportunity to experience nature including protected birds and bat colonies on their doorstep.

“Under the terms of the ACV, they have got to allow us to put a bid in. We have been told that the church authorities want to talk to us but there has been no indication so far as to when that will be.”

Janet added: “We are absolutely surrounded by buildings. Surely there are more than enough new houses being built already in the area with the Robertson’s development and at least two others nearby on Edge Lane. Traffic is already an issue, amenities like doctors and dentists are under great strain and it is going to get worse.”

MP Angela Rayner and local councillors have pledged their support for the campaign to preserve the land for the benefit of the community.

The trustees are said to have already insisted that the Scout group will be allowed to stay and the Love Lane footpath and woodland would be retained under the terms of the sale.

It is implied that a new owner would seek to improve part of the site which has several empty garages and has been blighted by fly-tipping. Janet firmly believes it should become a community garden rather than being built on.

Meanwhile many fear the historic character of Fairfield Square - a popular TV film location from Peaky Blinders to Michael Portillo’s Great British Railway Journeys - could be compromised after three of the 18th Century houses were also put up for sale.

All three are Grade II listed but need extensive renovation. Any alterations or building work will require special permission. Two properties are believed to have stood empty for more than a decade and the third since 2018.

According to the trustees the income generated will support the Moravian Church including the congregations at Fairfield and Dukinfield going forward. For Janet it is a clear break with the past as houses within the settlement have traditionally been let to tenants - usually members of the congregation or people who had some connection to the church.

“If numbers 21, 41 and 47 are sold to owner occupiers, it will change the dynamic of the square.”