Controversial homeless shelter in Audenshaw to be relocated to Ashton church 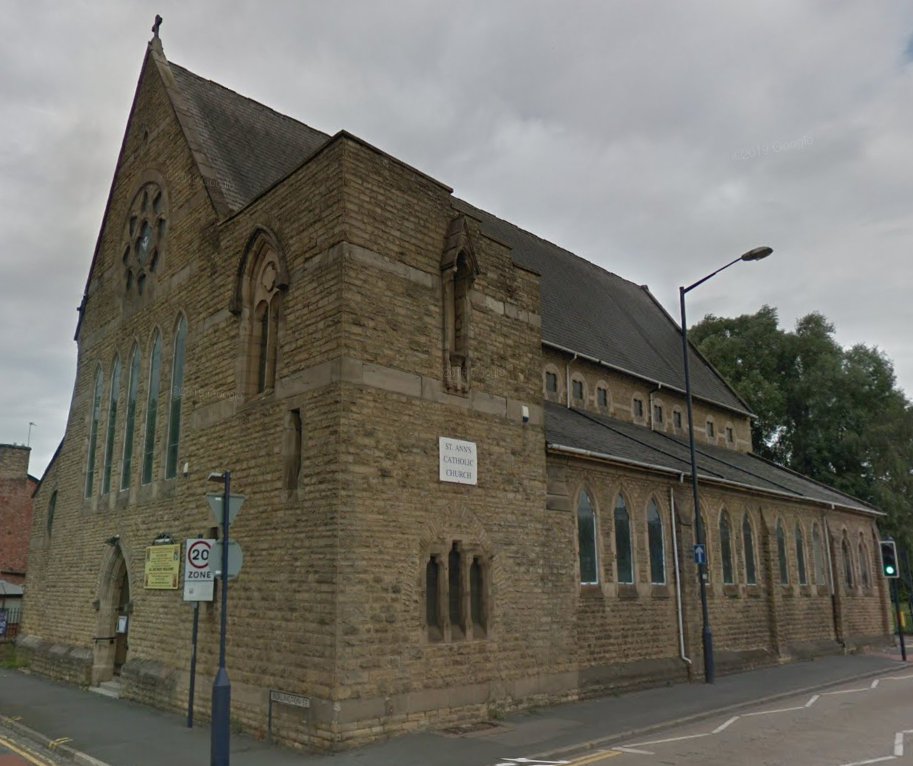 A controversial homeless shelter in Audenshaw is to be relocated to an Ashton church.

The shelter in the old library at Ryecroft Hall began providing accommodation as part of Andy Burnham’s ‘A Bed Every Night’ (ABEN) scheme in January this year.

But local residents soon began reporting problems such as fighting, drug dealing and intimidating behaviour from those using the shelter and were outraged at the lack of prior consultation.

Two petitions with a combined 900 signatures were delivered to Tameside Council, who agreed to relocate the service as soon as a suitable location could be found.

An empty industrial unit on Ashton’s Plantation Industrial Estate was identified, but would have cost more than £250,000 to make it suitable for use.

Now, after negotiations with the Roman Catholic Diocese of Salford and the local Catholic Priest, the council has revealed that the service will be moved to St Ann’s Catholic Church on Burlington Street, Ashton.

A report to Tameside Council’s Executive Cabinet says: “Moving the service from Ryecroft to St. Ann’s will allow the site to become a rough sleeping “resource”, staffed day and night with skilled people who are able to engage with the rough sleeping community and offer whatever support is needed.”

The report adds that with some minor updates and refresh works, including upgrading the fire alarms and installing showers, the building will be an ideal location for the ABEN service.

The council are aiming to relocate the service before Christmas, or by December 31 at the latest. At a public meeting in July, Audenshaw’s local councillors set a target of the end of August for the service to be relocated and have apologised to residents for the “unavoidable” delay.

Cllr Oliver Ryan said: “I know I speak for Cllrs Teresa Smith, Charlotte Martin and myself when I say this is the best decision for both Audenshaw residents and users of the service. The new hub will be an improved wrap around service we can be proud of.

“The absolutely unavoidable delay in moving the facility sooner, as the report details, was due to difficulties finding a suitable alternative, sustainable and long-term for the improved service. We’re doing the right thing and investing in a new hub for the welfare of Tameside’s most vulnerable, but I know this has taken too long and I know it’s been a hard process for residents and users

“As an Audenshaw councillor who was involved in three public meetings on the issue, and who have assurances, I am personally sorry for the delay and distress and I know local people feel let down by the council. We got there in the end and I’m glad the right decision has been made here after proper consideration to all factors and to improve this service for our most vulnerable.”

At that meeting of the July, service users of ABEN expressed concerns that relocating the scheme would just move the same problems to a different place.

But local councillors in Ashton aren’t concerned about those problems being replicated in their ward as the service will be run differently.

St. Ann’s are in the process of developing the ground floor of the building into a community hub, including a café where anyone can attend, have a meal and carry out volunteer work. Residents of the ABEN service will be welcome to spend the day there, receive support and address any ongoing welfare needs.

Ashton St. Peter’s councillor Warren Bray said: “This will be a different set up to the service at Ryecroft as it will be run by St Ann’s Church; Tameside Council are helping St Ann’s to help the homeless.I don’t see it causing the same problems as it did in Audenshaw because it will be run differently.

“We already have quite a lot of provision for the homeless in St. Peter’s ward through the Church of the Nazarene, the Methodist Church on Alexander Road and Gibson Terrace, which is run by Jigsaw Homes on behalf of the council.

“We have got a massive housing shortage in this country that can’t be ignored by any government. St. Ann’s have stepped in to help the homeless and I’m very pleased that someone is doing it.”