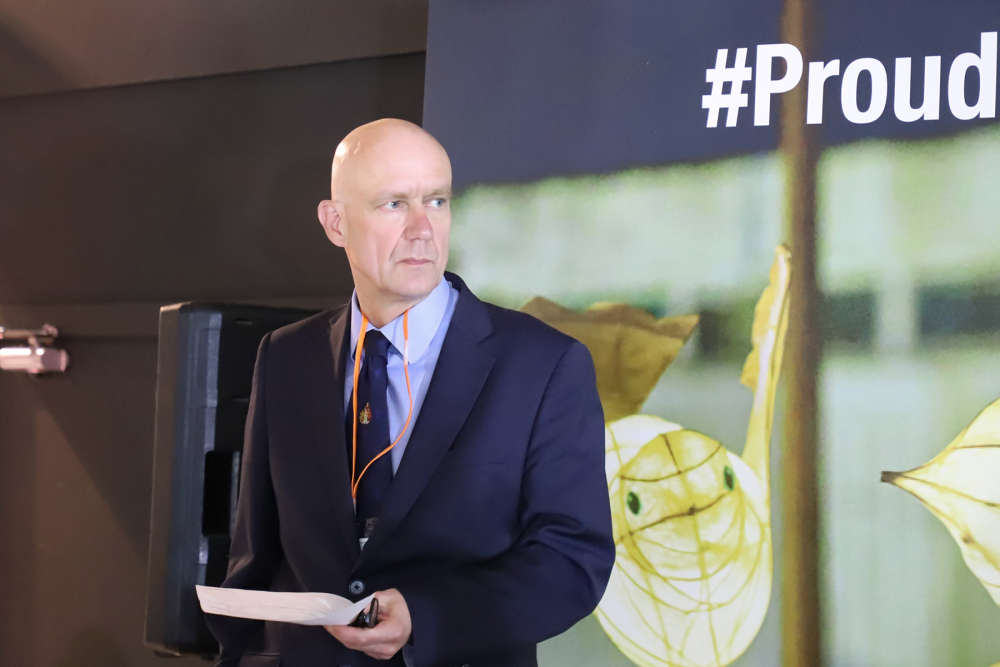 The chief executive of Tameside Council breached legislation when he expressed surprise on social media that a Tory voter 'had compassion and empathy'.

A report due to go before an extraordinary meeting of the full council on Tuesday 14 June has found that Steven Pleasant MBE breached government acts and the statutory code for local authority publicity.

Mr Pleasant, who had been head of the authority’s paid service for 13 years, resigned with ‘immediate effect’ earlier this week.

The breaches relate to a tweet he posted on March 25 using his official chief executive account – six weeks ahead of the local elections – in which he responded to comments made by a Conservative voter on BBC’s Question Time.

A clip from the TV programme showed an audience member who voted for the Tories telling minister Damian Hinds his government is a ‘disappointment’.

In a post that has since been deleted, Mr Pleasant replied on Twitter saying: “She was good. Tory voter with compassion and empathy for others. Who knew !!” 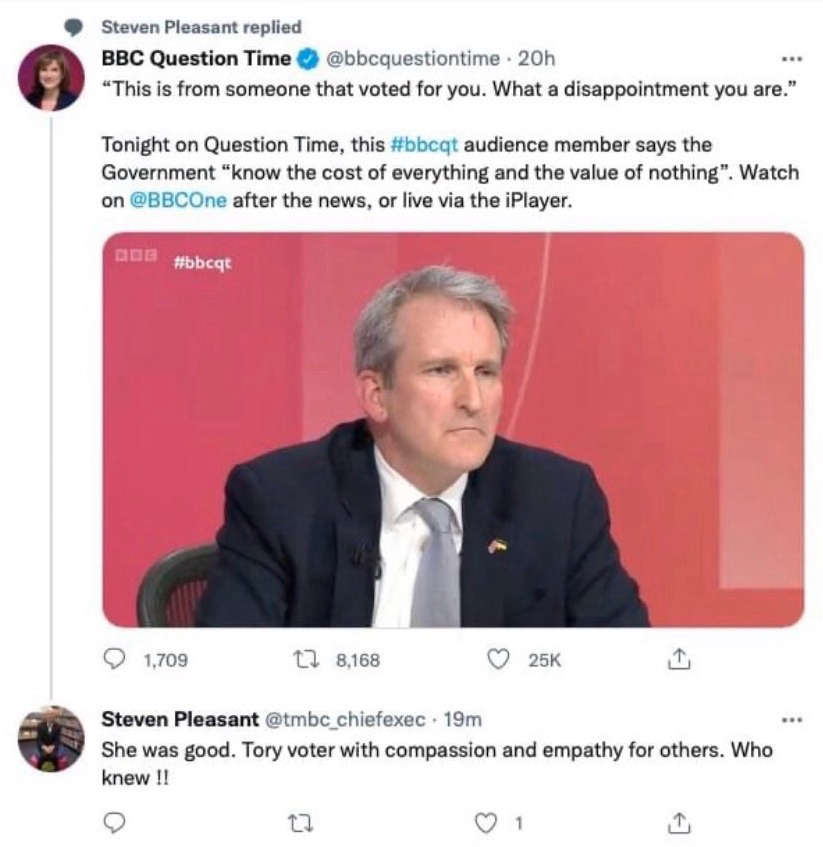 The report by the council’s monitoring officer Sandra Stewart states that there is ‘no further action’ required following the breaches.

However it is understood by the Local Democracy Reporting Service that if he had not resigned, Mr Pleasant would have faced a vote at full council on a range of options, including suspension without pay, being stripped of the role of returning officer, and doing nothing.

The report states that on the evening that he posted the tweet a complaint was received by a Conservative councillor over the comment, which was then followed up by complaints from the entire Tory opposition group.

Mr Pleasant apologised on Monday, March 28, saying the post was ‘not considered’ and that he ‘should have worded any sentiments very differently’.

He said the views he expressed on social media specifically referred to his frustrations about central government support for refugees.

However Ms Stewart’s investigation concluded that the tweet constituted a breach of of the Local Government and Housing Act 1989 and section 2 of Local Government Act 1986 – prohibition of political publicity, together with the statutory Code of recommended practice on local authority publicity.

“A politically restricted officer, such as pre-eminently a statutory officer, must not express themselves publicly in a way that appears to have the intention of affecting public support for a political party,” her report states.

She added that the breach of statutory code of practice was aggravated by its ‘proximity’ to the local elections on May 5, which Mr Pleasant went on to run as returning officer.

However Ms Stewart states that legal precedent has set out that a breach of the duty of political impartiality ‘could not be dealt with during the elections nor at the annual council meeting, and hence the timing of this report’.

Mr Pleasant had worked at the local authority since 1988 and had also been the accountable officer for Tameside and Glossop clinical commissioning group since 2016.

In a final message to councillors and staff he said now felt the ‘right time to step down and start a new chapter in my life’.