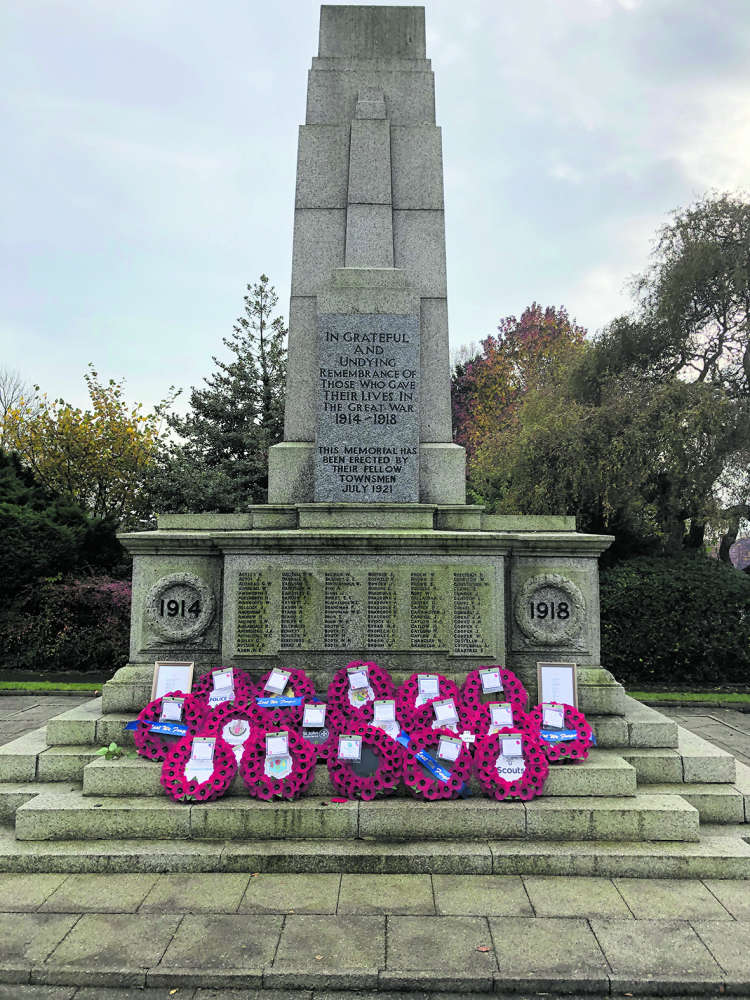 This month marks 100 years since the Denton War Memorial in Victoria Park was dedicated.

Standing 20ft high and weighing 90 tons, it is grey in colour, in the form of a cenotaph, and is fixed into a solid concrete bed more than 3ft thick.

The memorial was constructed by Messrs J and J Hirst of Market Street, Denton, who were also co-designers. The other party was Arnold Radcliffe, son of Mr Clarence Radcliffe of Radcliffe and Ogden, Silk Hat Manufacturers of Howard Lane.

Having organised a competition to decide on a design for the memorial, Denton Urban District Council proved unable to choose between Hirst and Radcliffe, and the £30 prize was shared between them with parts of both designs being incorporated.

Four steps lead up to the memorial on its four sides. At the front, the dates 1914 and 1918, surrounded by wreathes, are either side of a panel of names.

Above, on the central column, it states: “In grateful and undying remembrance of those who gave their lives in the Great War 1914 - 1918. This memorial has been erected by their fellow townsmen July, 1921.”

At the unveiling ceremony on July 23, 1921, it was noted that from a population of around 17,000, 3,500 Denton men had enlisted and 379 had died. It was added that the memorial scheme was more than the construction of a monument. Money had been set aside to lay out a playing field in memory of the fallen.

Austin Hopkinson, MP for the Mossley constituency which then took in Denton, unveiled the monument which was dedicated by the Rev RD Blackledge, curate at Christ Church and a former captain in the Highland Light Infantry.

The Rev Joshua Hoyle offered more prayers and the combined choirs sang the Hallelujah Chorus and ‘O God our Help in Ages Past’ before the Rev JJ Absalom gave the blessing.

A military party then fired three volleys and the Last Post and Reveille were sounded by Sergeant Drummer Hill.

By the end of the ceremony 400 wreaths had been laid. Some of the veterans had marched down from St Mary’s Church, Haughton Green, and Haughton Green Primitive Methodist Church. 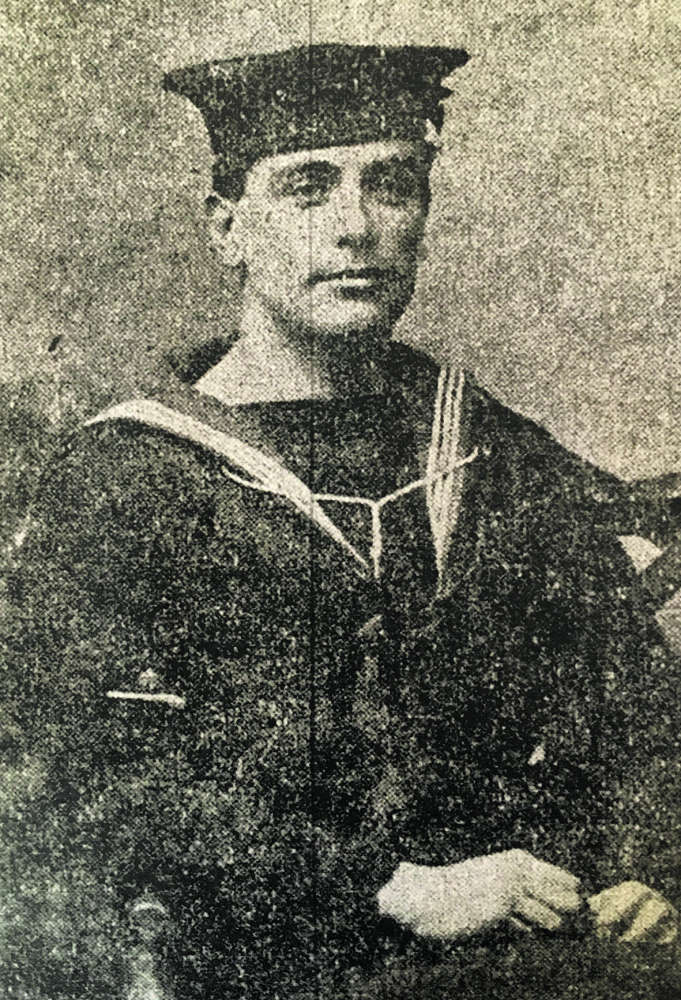 Died on November 1, 1914, while serving in the armoured cruiser HMS Monmouth which was sunk at the Battle of Coronel with the loss of all hands. Charles, who was 21, was the son of Mr and Mrs K Harbach of 24 Manchester Road, Denton. He attended St Anne’s Church and was a member of Hope Chapel Boys’ Life Brigade. His name is on the Plymouth Naval Memorial.

Died on February 26, 1915, while serving with the 1/6 Battalion, Cheshire Regiment, in Flanders. He was 21 and the son of Mrs Edna Eaton of 17 Bentley Road, Denton. Wilfred has no known grave but his name is inscribed on the Menin Gate at Ypres.

Died on May 20, 1915, while serving with the 1st Battalion, King’s Royal Rifle Corps. He lived on Two Trees Lane, Haughton Green, and left a wife and two small children. Aged 40, he was a reservist who had fought in the Second Boer War. Worked as a miner at the Denton Colliery. Buried at Chocques Military Cemetery, near Bethune, France. 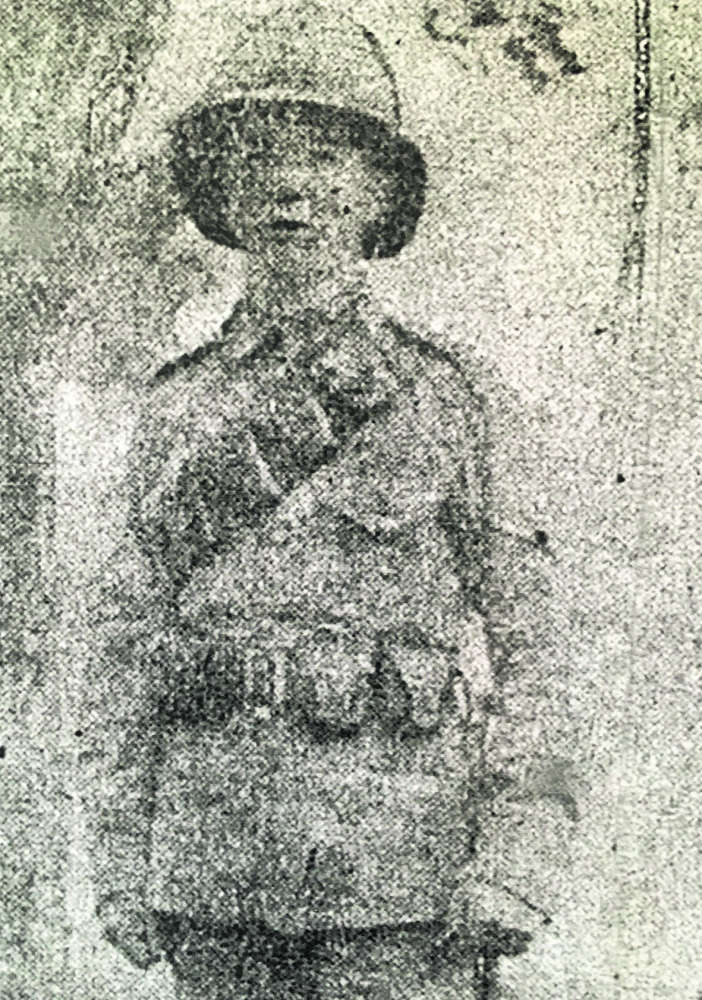 Died at Gallipoli on June 4, 1915, while serving with the 1/8 Battalion, Manchester Regiment. He lived at 52 Angel Street, Denton, and was described as an old boy of Nicholls Hospital, Ardwick. James, who was a reservist, worked at Crossley Motors, Gorton, and left a wife and child. He has no known grave but his name is inscribed on the Helles Memorial, Turkey. 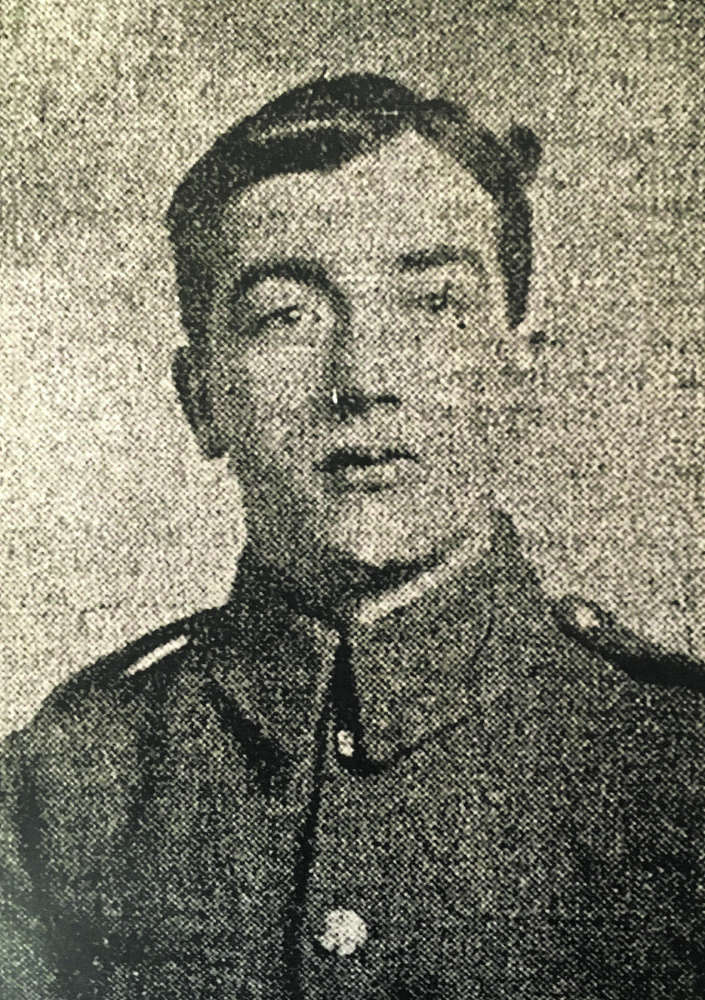 Died on February 5, 1916, while serving with the 2nd Battalion, Royal Welch Fusiliers. He was 24 and lived at 89 Kinder Street, Denton. Philip, who worked as a miner at Bredbury Colliery, was a member of St Lawrence’s Sunday School and a keen supporter of Haughton Rovers. He is buried in Cambrin Churchyard extension, near Bethune and La Bassee, France. 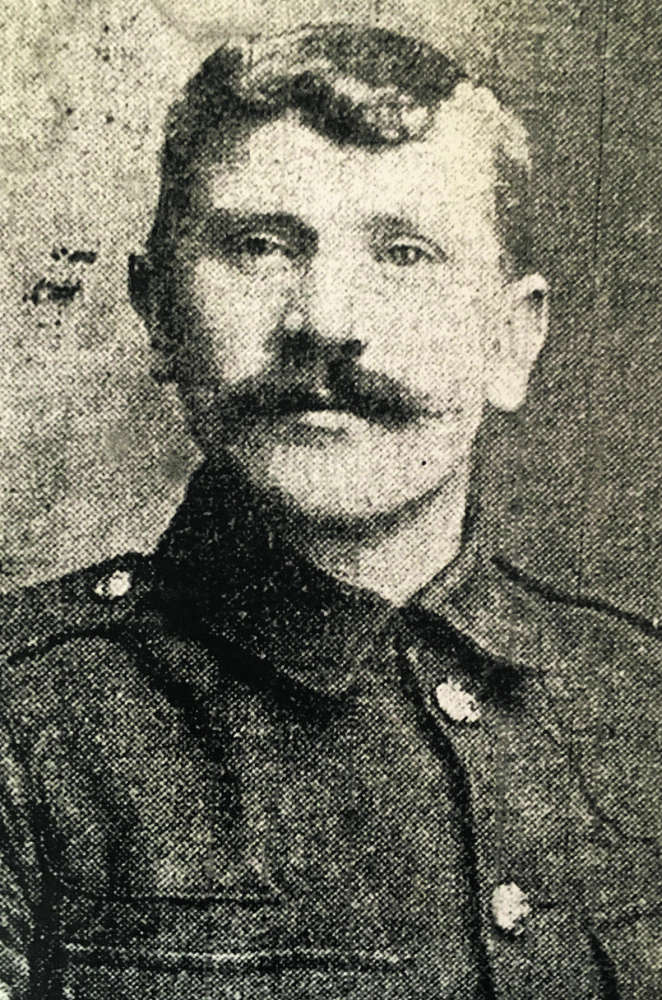 Declared dead in July, 1916, after being listed as missing on May 8, 1915, having been lost when a shell exploded during an attack on Hill 60 near Ypres. Aged 38, he lived at 17 York Road, Denton, and was employed as a hatter at Wilson’s factory, Wilton Street, Denton. He left his wife, Annie, and three young children. James has no known grave but his name is inscribed on the Menin Gate. 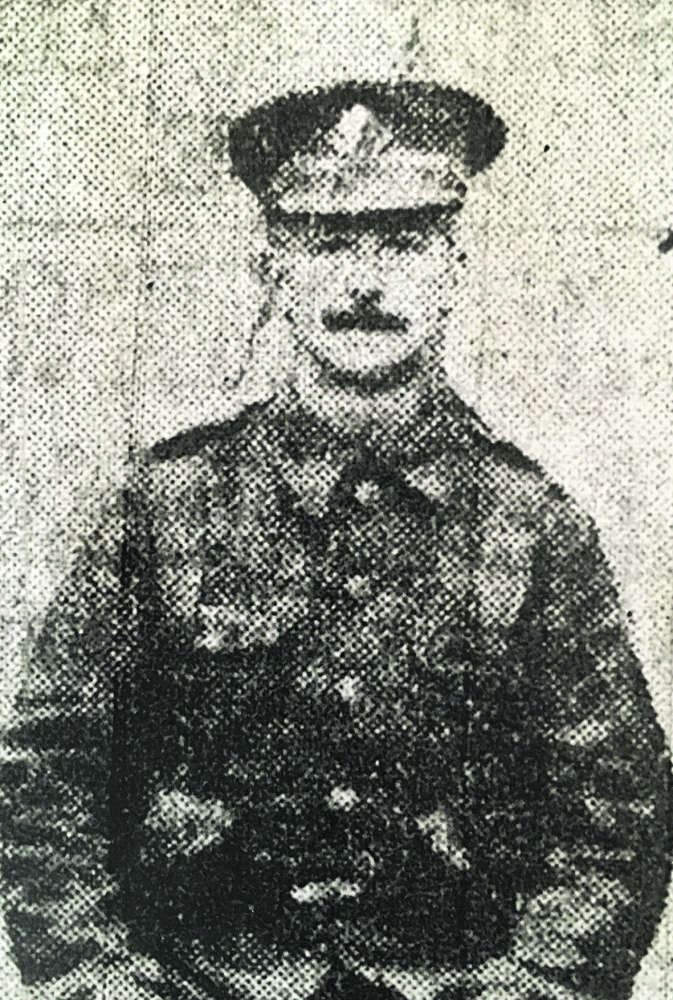 Died July 3, 1916, serving with the 11th Battalion, Cheshire Regiment, during the Battle of the Somme. He was 36 and had joined up within a month of war being declared as he was keen to do his bit. Worked as a silk hat finisher at Walker, Ashworth and Linney, Ashton Road, Denton. Edward has no known grave but his name is inscribed on the Thiepval Memorial. 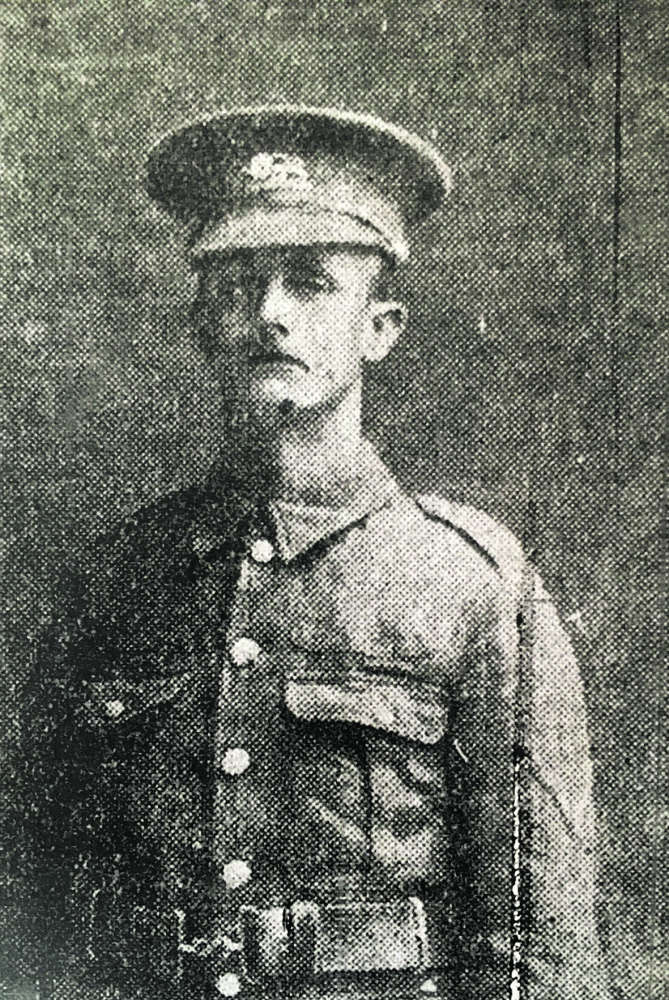 Died July 7, 1916, while serving with the 7th Battalion, Kings Own Royal Lancaster Regiment, at the Battle of the Somme. He was 42, lived at Peacock Street off Ashton Road, Denton, and had a son serving with the 6th Cheshires. Thomas was brought up in Haughton Green where he came from an old, established family. He worked as a miner at Denton Colliery. He has no known grave but his name is inscribed on the Thiepval Memorial. 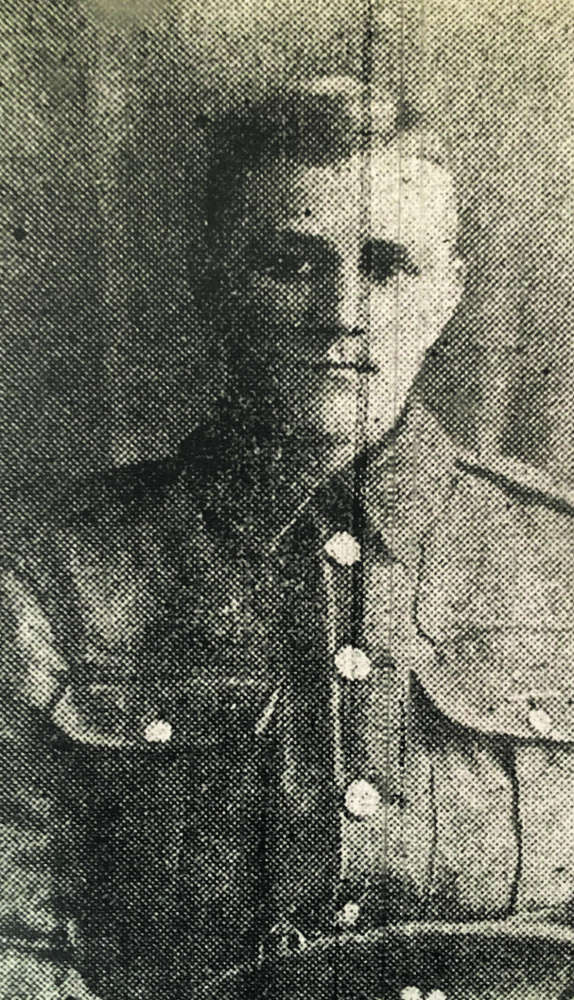 Died on July 31, 1917, while serving with the 17th Battalion, Manchester Regiment. Aged 19, he was the eldest son of Mr and Mrs Charles Elliott of 119 Heaton Street, Denton. Frank worked as a moulder at the Planet Foundry, Audenshaw. He attended the United Methodist Sunday School and was a member of 2nd Denton Boys’ Life Brigade. Buried at Ypres Reservoir Cemetery. 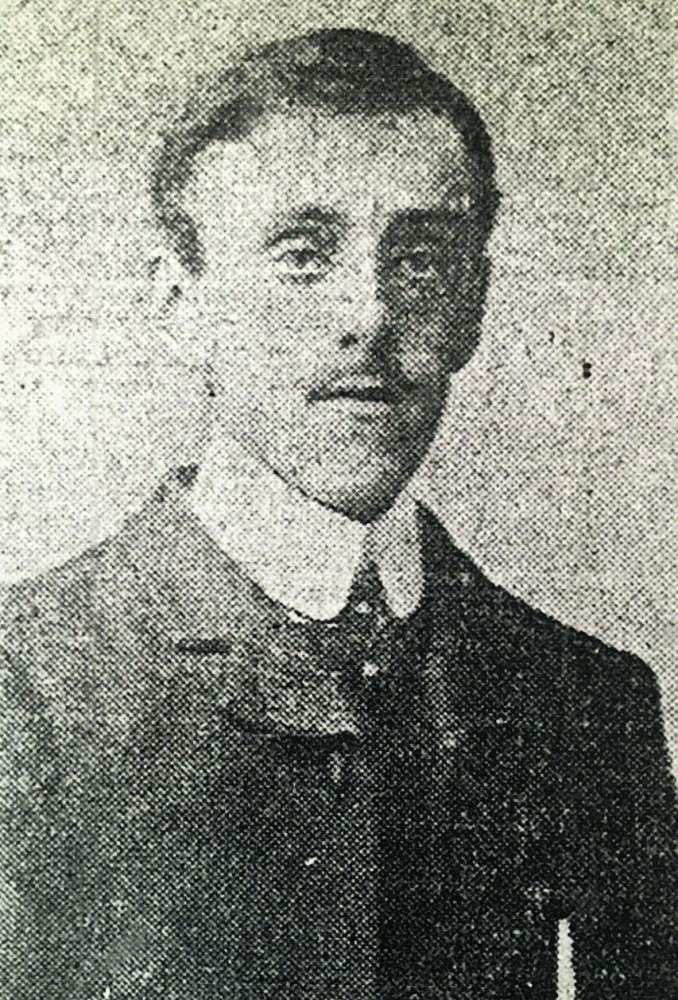 Killed by machine-gun bullets on October 9, 1917, while serving with the 6th Battalion, Yorkshire Regiment, at Passchendaele. With his two brothers he managed Broomstairs Farm, Denton, while his father, Thomas, managed Dukinfield Hall Farm. Samuel was 32 and left a widow and two children. He has no known grave but his name is inscribed on the Tyne Cot Memorial near Ypres.