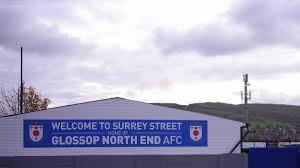 Stalybridge Celtic concluded their pre-season campaign with a 5-0 demolition of Glossop North End.

Simon Haworth's side raced into a two-goal lead by the third minute thanks to Scott Bakkor and Nathan Valentine, before Neil Kengni added a third in the 38th minute.

The Celts continued to apply the pressure in the second half and their efforts were rewarded with a fourth in the 56th minute when Craig Hobson netted.

And the former Stockport County striker grabbed another goal 10 minutes later to cap off a memorable day for the visitors.

Following last season's struggles, in which Celtic avoided relegation on the last day with a 1-0 victory over Grantham Town, Haworth has rebuilt his squad and solidified in certain areas of the pitch.

Having claimed four wins on the bounce against Burnley, Abbey Hey, Marine, and Mossley, Haworth's side entered the game in high spirits and continue their fine form in the opening few minutes. Bakkor, who established himself as a fans' favourite last season, put the Celts ahead inside the opening minute after racing through one-on-one and finishing with class. The visitors were 2-0 up shortly after, this time Valentine headed home from Declan Walker's cross.

Kengni, who top scored for Celtic last season, capitalised on Ross Dent's flick to add a third in the 38th minute, before Hobson's pressure left the Glossop 'keeper red faced as he fumbled the ball into his own net.

A memorable afternoon was capped off in the 67th minute when Hobson converted Kallum Mantack's cross.

Celtic are now preparing for their first league fixture of the season at Mickleover Sports on Saturday (17th).