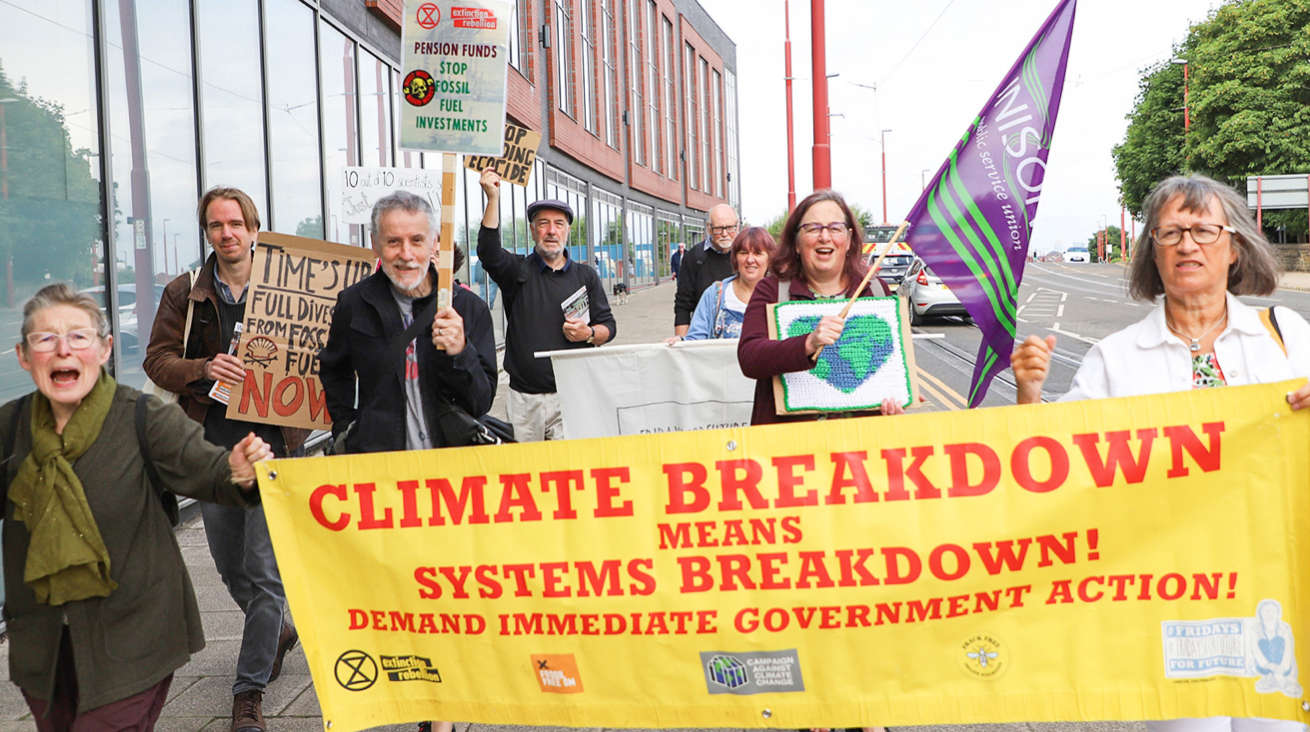 ON THE MARCH: Protesters outside the GM Pension Fund building in Droylsden, including Peter Somerville, third left, who has been campaigning every Friday.

Climate campaigners have lobbied members of the Greater Manchester Pension Fund Panel as they maintained their calls for the Fund to stop investing in fossil fuels.

The campaigners were out in force displaying their messages and waving banners as the panel members held their first meeting at the GM Pension Fund HQ in Droylsden since the local elections in May.

Peter Somerville, a member of the Fossil Free Greater Manchester group encouraging the fund to divest from fossil fuels, has been staging a one man crusade, campaigning outside the HQ every Friday since last year.

He said: “At the moment the Fund has more than a billion pounds invested in fossil fuels - the biggest amount of any of the public sector pension funds in the UK, so I’d like to see them divest and much more quickly than they are proposing and we think they should be able to divest within a couple of years.

“There are other pension funds that have completely divested from fossil fuels and it has not affected them detrimentally at all.

“The Fund is investing in no carbon which is fine and have reduced their investments in fossil fuels, but it’s very, very slow.

“The Fund argue it is their duty to get the best return for members but this is not a valid argument now - even the International Energy Agency says we shouldn’t be investing more in fossil fuels now.

“Another argument is that they can influence some how by having investments in these companies - and therefore influence how they behave but there is no evidence for this.”

Peter says he is taking his weekly action as ‘a last straw’ stand and has only allowed himself Christmas Eve off.