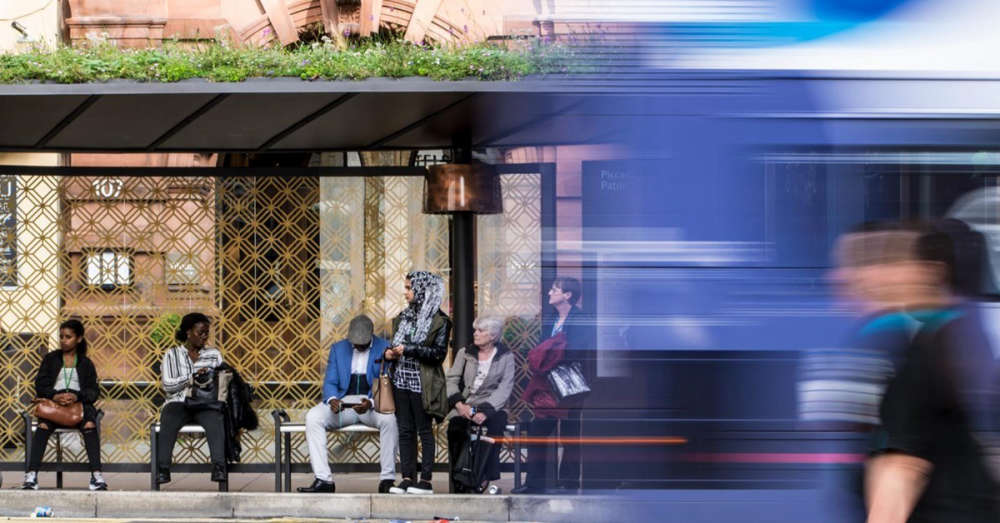 Bus operators in Greater Manchester have been accused of 'putting profits before people's health' by not making face coverings mandatory for passengers.

Bosses say they have continued to follow government guidance, and that enforcing the wearing of face coverings could ‘stigmatise’ public transport.

The legal requirement to wear face masks on public transport across England to help stop the spread of Covid-19 was lifted on July 19.

Passengers using bus stations, interchanges and the Metrolink in Greater Manchester are still required to wear face coverings unless exempt.

But the mayor Andy Burnham and Transport for Greater Manchester are unable to enforce the wearing of face coverings on buses, trains or taxis.

Since July 19 bus companies say they have followed government guidance by ‘strongly recommending’ people to cover their faces in crowded areas such as public transport.

But the decision to not enforce face masks was described as ‘disappointing’ by Councillor Phil Burke at a meeting of the bus services subcommittee of Greater Manchester’s transport committee.

“With so many people now walking around unaware that they’re infected with Covid, it’s unfair to both people using public transport and staff.

“To subject them to an increased risk of catching Covid is grossly unfair.”

Coun Burke told colleagues and representatives from First Bus, Go North West, Diamond and Transdev that vulnerable people may continue to avoid getting the bus out of fear of coming into contact with people not wearing face coverings.

He added: “We all have a part to play in protecting each other from this unpleasant disease.

“It’s such a shame that bus operators in Greater Manchester clearly seem to be putting profit before people’s health, otherwise they would have supported the call for passengers to continue to wear face coverings until further notice.”

The comments made by Coun Burke were disputed by each of the officials from the four bus companies present at the meeting.

Ian Humphreys, managing director of First Manchester, said face masks did not form a part of the firm’s risk assessments for drivers, who sit in semi-sealed cabs.

He continued: “We have followed the general guidance which has been applied in most environments, including the railway and retail, where people are strongly recommended to wear face coverings when they are in a congested environment.

“But we’re not mandating it because ultimately public transport is no different to anywhere else.

“We don’t wish it to be stigmatised and seen to be different to any other environment which might discourage people from returning to public transport.

“The use of the profit word is probably inappropriate in the current circumstances. I don’t think anyone’s making a profit because we’re all having to be supported by government funding.”

Concerns were also raised about staff safety if drivers were asked to enforce the wearing of face masks by refusing people entry onto buses.

Paul Turner, commercial director at Transdev, said that unlike the rail or Metrolink network, buses have no access to support from police or enforcement officers.

He said: “It’s very difficult to put a driver in a position where he is trying to refuse travel to somebody who is not wearing a mask.

“If somebody gets on the bus and says they’re exempt, how do you prove they’re not? That’s been the challenge all the way through.”

The meeting also heard that over recent months services across Greater Manchester have been affected by staff shortages largely caused by drivers being ‘pinged’ by the NHS Covid app.

Some drivers have also ‘reassessed their lifestyle choices’ since the pandemic began and are taking shorter hours and not working weekends in order to maintain their work-life balance.