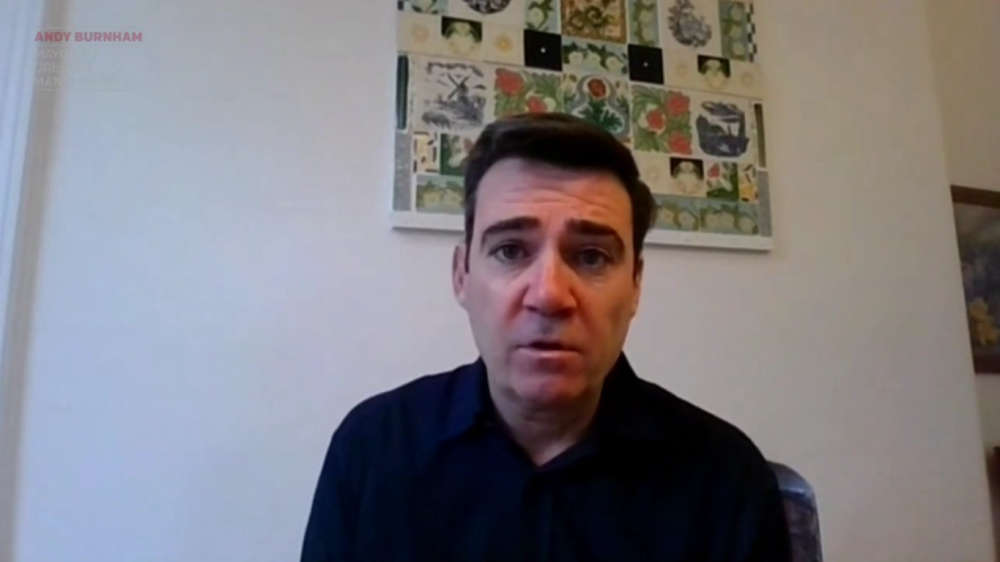 Andy Burnham faced an onslaught of criticism over the Clean Air Zone during a radio phone-in which was 'inundated' with callers.

The Labour mayor took questions from the public on Thursday morning (6 January) live in the hot seat at BBC Radio Manchester, which presenter Mike Sweeney said was the busiest ever.

The discussion was dominated by plans to introduce daily charges for the most heavily-polluting vehicles in the city-region – but not for private cars.

It comes after the Greater Manchester mayor announced that he would meet with local council leaders next week to discuss the future of the Clean Air Plan.

The Clean Air Zone, set to be largest of its kind in the country, will apply to all ten boroughs and cover an area of around 493 miles, starting from this May.

Non-compliant lorries, buses and coaches will be charged £60 a day while taxis and private hire vehicles will pay £7.50 and vans £10 a day from 2023.

But Burnham revealed that he is reviewing the scheme following a backlash.

He insisted that the Clean Air Zone is not a ‘congestion charge’ and committed to never including private cars in the charging scheme as long as he is mayor.

However, small businesses and sole traders told him they may not survive.

Nigel, who runs a coach company in Wigan, told the metro mayor that his seven vehicles are not Euro 6 complaint and some cannot be retrofitted.

He said: “I would definitely go bankrupt. There’s no doubt about it.”

Mark from Tameside said his ice cream van company which has been trading for 100 years, would have to close if the Clean Air Zone comes in as planned.

David, a sole trader in Stockport, said he was planning to take on an apprentice next year, but the tiler cannot afford to if the Clean Air Zone charges comes in.

Greater Manchester has been awarded £120m of government funding to help eligible businesses, organisations and individuals move to compliant vehicles.

But Burnham blamed the government for not financing a ‘hardship fund’ aimed at helping sole traders and small businesses with the oldest vehicles.

And he acknowledged that motorhomes and campervans would also be affected, but said this was because the DVLA categorise them as vans.

He said he recognised the ‘difficult position’ some businesses will be in and promised to stand up for working people and listen to everyone’s concerns.

However, he said all 10 councils in Greater Manchester have been instructed by the government to cut air pollution by 2024 by introducing a clean air zone.

He explained that the decision to include all of Greater Manchester in the Clean Air Zone was made locally to avoid a ‘patchwork’ of charging zones.

He said: “If we could stop it, then that would be a fair thing for people to be really shouting at us about it. But we can’t.

“We are not in a position to stop this because the government lost a court case and had to impose this. Only they can change the deadline or the scheme.”

However, he added: “Let’s not lose sight of the fact that there are kids in boroughs in Greater Manchester in the poorest communities breathing in polluted air. Surely we want to do something about that.”

Greater Manchester leaders will discuss the Clean Air Plan next week before asking the Clean Air Joint Committee to consider its future later in the month.