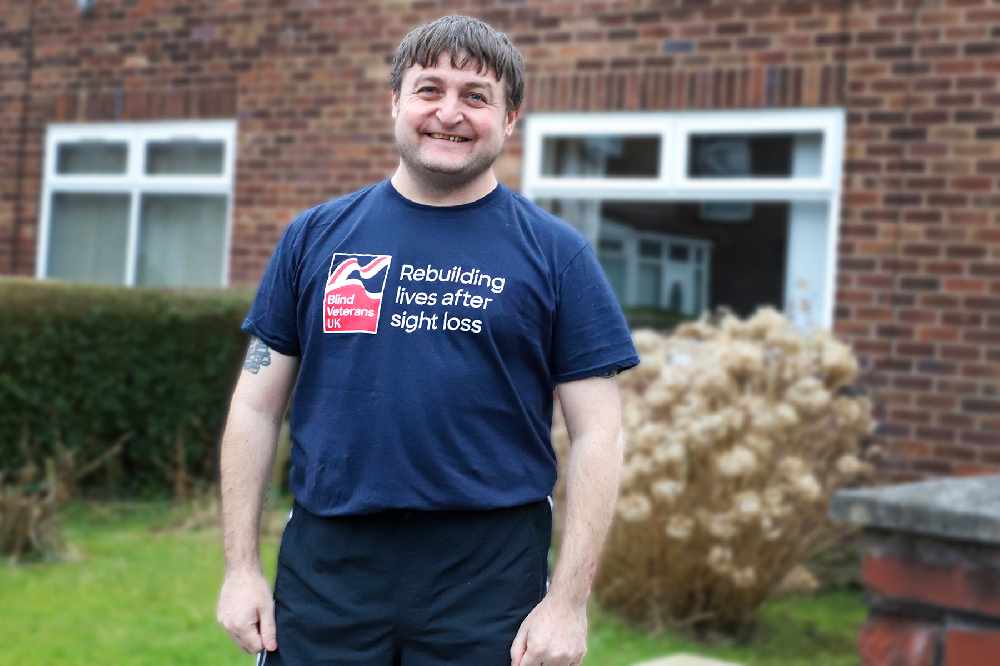 A blind Army veteran is more than halfway through an epic running challenge to raise money for the charity which supports him.

Steven Dixon, 42, from Ashton, is running one hundred 10ks to raise money for Blind Veterans UK, the national charity for vision-impaired ex-service men and women.

Steven (pictured) started the challenge in January and plans to complete the one hundred 10k runs by June.

He had completed 56 runs as we went to press.

He said: “It’s hard going, my legs ache a lot but I look at why I’m doing this - raising money for Blind Veterans UK - a little aching won’t stop me.

“I have been a member of Blind Veterans UK for two years.

“I was diagnosed central vision blind five years ago.

“Since contacting Blind Veterans UK they have help change my life around and I want to do my part to help other veterans who have lost their sight.

“I got into running about two years ago as a way of getting back into fitness,” he added.

“The charity really helped with this as I started to go to the fitness weeks available at their training and rehabilitation centre in Brighton.”

Steven joined the Infantry in 1996. He was in the 1st Battalion Kings Regiment, serving in Cyprus, Northern Ireland and Kuwait, before being discharged in 2001.

He lost his sight after leaving the Army when he developed amblyopia in his right eye.

Fortunately, Steven found Blind Veterans UK and started to receive support from the charity in February 2019.

He said: “The charity has helped me a lot and it’s great to be able to do something like this as a way of giving back.”

Steven was due to run the Manchester 10k last year, but this was cancelled because of the Covid-19 pandemic.

He added: “It was disappointing when the challenge was cancelled, but me and my sister decided to do our own 10k instead and we raised £340 for the charity.”

As well as fitness, Steven has been reintroduced to many hobbies since losing his sight with the help of the charity.

At the beginning of last year, he went to Canazei in the Italian Dolomites, along with 22 other blind veterans, as part of the charity’s annual ski trip.

If you would like to support Steven as he takes part in his running challenge, you can visit his fundraising page at https://www.justgiving.com/fundraising/steven-dixon1069.