Book some time with Rab the Crab 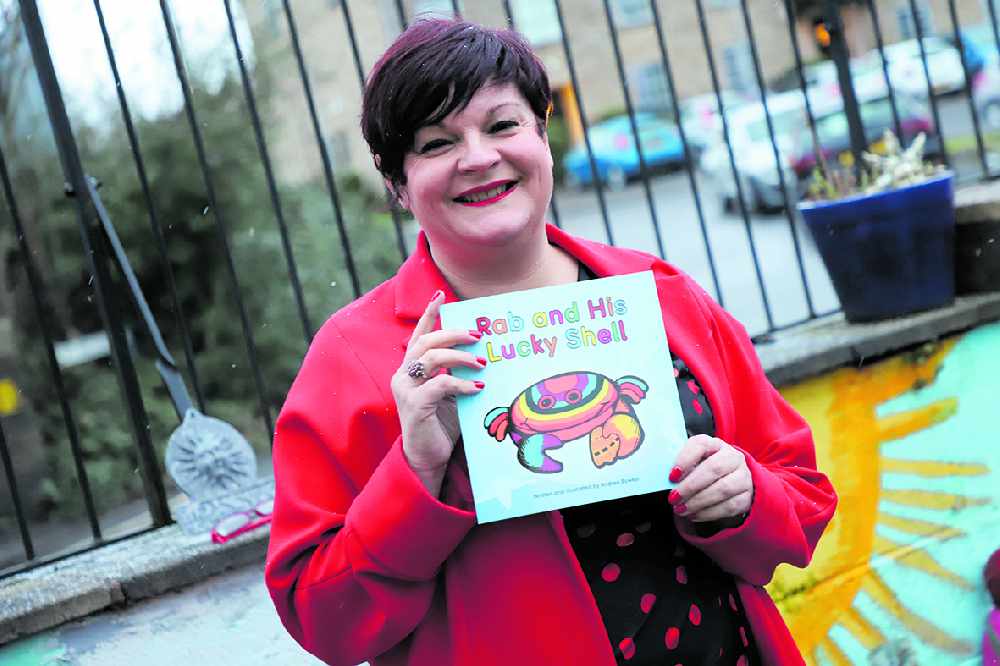 A busy Mossley mum has published her first children’s book and says more are in the pipeline.

Andrea Bowker, 51, has written and illustrated a book about a colourful crab called Rab, which addresses the topics of disability, LGBTQ, kindness and friendship, for children aged three to seven years old.

Andrea, of Waggon Road, came up with the idea after chatting to some of her work colleagues. She is the admin coordinator for a paediatric transport service for critically ill children. The service picks up from local hospitals and transports patients to either the Royal Manchester Children’s Hospital or Alder Hey in Liverpool.

Andrea said she wrote the book for a friend’s Christmas present and after positive feedback decided to publish it for other children to enjoy.

She said: “The feedback from the doctors and nurses at North West and North Wales Paediatric Transport Service said I should turn it into a real book. I emailed copies to work colleagues who had kids. They all videoed their kids’ reactions. So I acted on their feedback.

“One consultant asked the question ‘are there any children’s books on disability/LGBTQ?’ on a Facebook group for medical parents. She mentioned it had 50k members. The general consensus was no.

“So this book touches on LGBTQ, disability, being different, kindness and friendship! It’s educational (it contains crab and seahorse facts); it’s interactive (you can find the sea star) and there’s also a colour and keep part.

“I also did a Rab bedtime story live on Facebook last Friday.”

Rab and His Lucky Shell is being launched on Monday, February 15 - which is Andrea’s son’s birthday - when there will be two Rab the Crab pebble trails - one for people living in Mossley and a separate one for people in Uppermill. The trails coincide with half-term.

There will be painted pebbles in shop windows and children have to find five characters, take a picture and upload them to either the book’s Facebook page, Twitter or Instagram site to be in with a chance to win a signed book.

Andrea added: “My mum’s friend has created a crotchet pattern for a real life Rab. We’re asking for a £1.50 donation to go to Haywill Animal Rescue, in Glossop.”

Andrea is hoping to publish more books on subjects difficult to broach with small children and is starting her next book on loss next week, featuring a sea jelly.

Rab and His Lucky Shell costs £6.99 and will be available in some of the participating shops on the trail. It will also be on Amazon.

All the illustrations in the book were drawn in felt-tip by Andrea and the books were printed by Rap Spiderweb in Hollinwood, where Andrea used to work as a graphic designer.