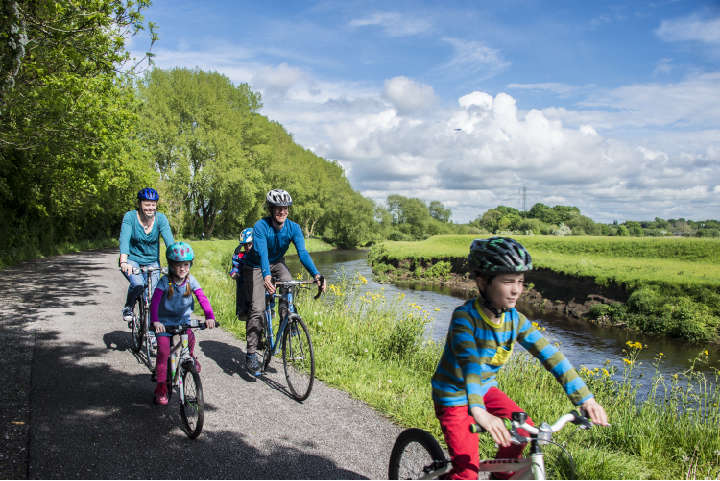 A new scheme that allows people to borrow a bike for free – just like a book - has been launched in Greater Manchester, offering communities the chance to kick-start their own sustainable bike library.

Organisations based or working in Tameside or Oldham can bid to Transport for Greater Manchester (TfGM) for a grant of up to £5,000 to help set up a community bike library.

These libraries will allow people to try cycling for free, with the aim of encouraging people to take advantage of the new cycling routes that are being delivered across the region as part of The Bee Network.

Libraries will ordinarily be in the heart of a community, within easy reach on foot, in places such as community centres, schools, village halls or local business premises.

The scheme comes after last week's announcement that the UK's largest Clean Air Zone will be introduced in Greater Manchester at the end of May 2022, that would see drivers of heavily-polluting vehicles hit with daily charges.

Transport Commissioner, Chris Boardman, said: “Around 75 per cent of households in Greater Manchester do not have access to a bike so this is a big barrier to enabling people to get out there and try travelling sustainably.

“Along with our GM cycle hire scheme which will launch later this year, community bike libraries will offer a genuine alternative to daily car trips. These local schemes will help us to create a network of free bikes that are either bought or donated and then maintained by volunteers, available for use by everyone.”

Applications for grants can be made up to 5pm on Friday 9 July, by completing an application form and following the guidance provided in the invitation to apply. The form, documents and more information can be found on the TfGM Active Travel website or email active.travel@tfgm.com.

In Greater Manchester, 200 million trips of under one kilometre are made by car in the region every year – adding to congestion and poor air quality. This is the equivalent of a 15-minute walk or four minutes’ cycling.