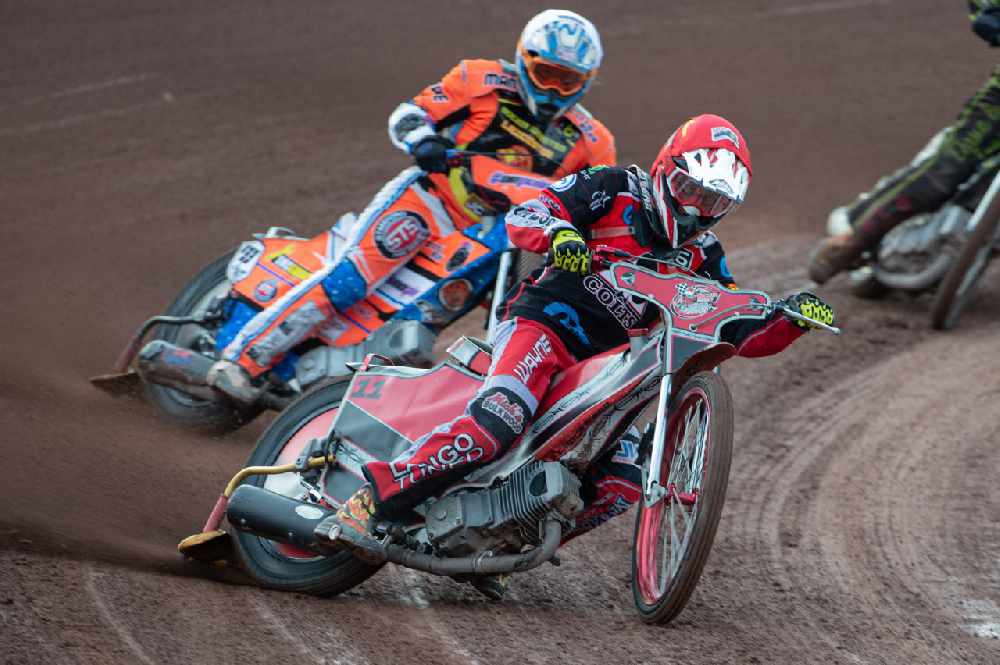 Electric tension gripped the National Speedway Stadium as the Belle Vue Rentruck Aces swooped to a superb 48-42 victory over Swindon on Monday in Manchester and collected three league points.

In a night filled with breath-taking racing, the visitors put up quite a challenge against the Rentruck Aces, even managing to briefly lead the meeting, before things drew level in a dramatic deadlock.

A crucial 5-1 from Kenneth Bjerre and Jaimon Lidsey in Heat 7 allowed the home team to break away and gain ground on the Robins and establish a lead which was never challenged.

It was a solid performance from top to bottom for the Rentruck Aces, with Kenneth Bjerre topping the scores with 10+1 while Max Fricke added 9 and both Steve Worrall and Dan Bewley scored 7+1.

On his return after a couple of weeks out of the saddle, Bewley said: “My back’s still a little sore but nowhere near what it was. I’ve had a lot of treatment in that time and I feel a lot more comfortable.

“It was a tough one for us against Swindon. They’re a strong team and it was my first meeting back, as well as Nicolaj’s [Busk Jacobsen] first home meeting since joining the team so it was a challenge.

“But the team pulled together and did a very good job. The Robins pulled themselves back into it after the tactical substitute with Doyley [Jason Doyle] but we managed to hold them off for the win.

“I think we proved we are a strong team with that performance. We’ve still got work to do to ensure our place in the top four but as long as we keep this momentum going, I think we can do it.”

The Rentruck Aces return home next Monday, August 19 against the Wolverhampton Wolves at the National Speedway Stadium where another three Premiership points will be up for grabs.

Tickets are available at the stadium box office on race night, or online now at www.bellevue-speedway.com.