Balloons sent to the sky to remember Safiullah 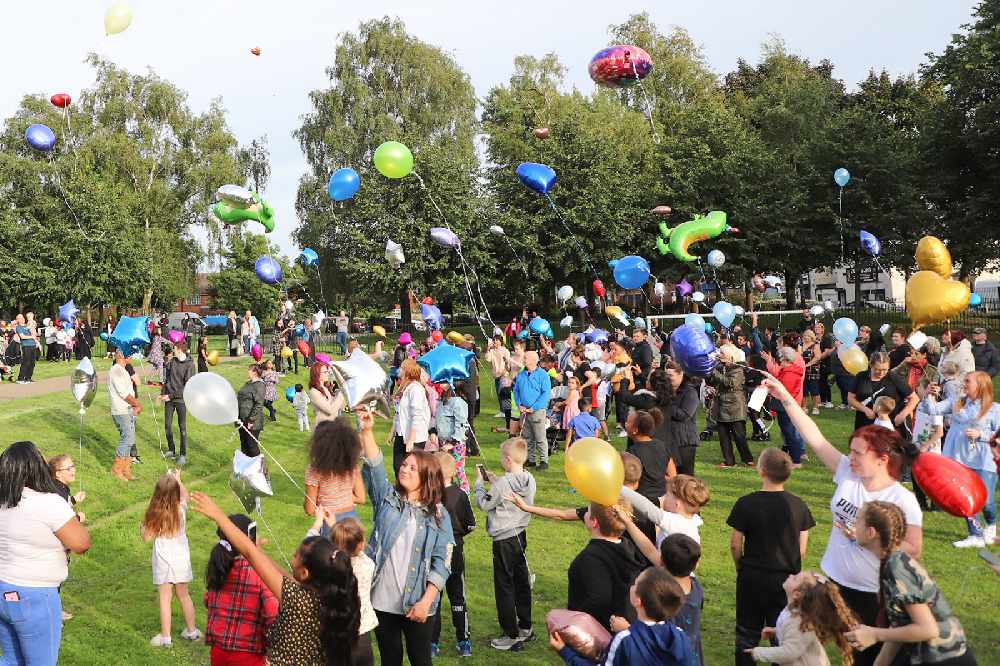 More than 100 people turned out to pay their respects in memory of an eight-year-old boy from Ashton who sadly died after being struck by a car.

Safiullah Asif tragically passed away in hospital on 24 July - the day after he was hit by a BMW as he crossed the road on Ryecroft Street close to his home, where a number of tributes have since been left by members of the public.

Two men have been arrested in connection with the incident and were later bailed pending further enquiries.

To honour Safiullah, balloons with notes attached were sent into the sky on Wednesday evening (29 July) in West End Park, next to St Peter’s Church. 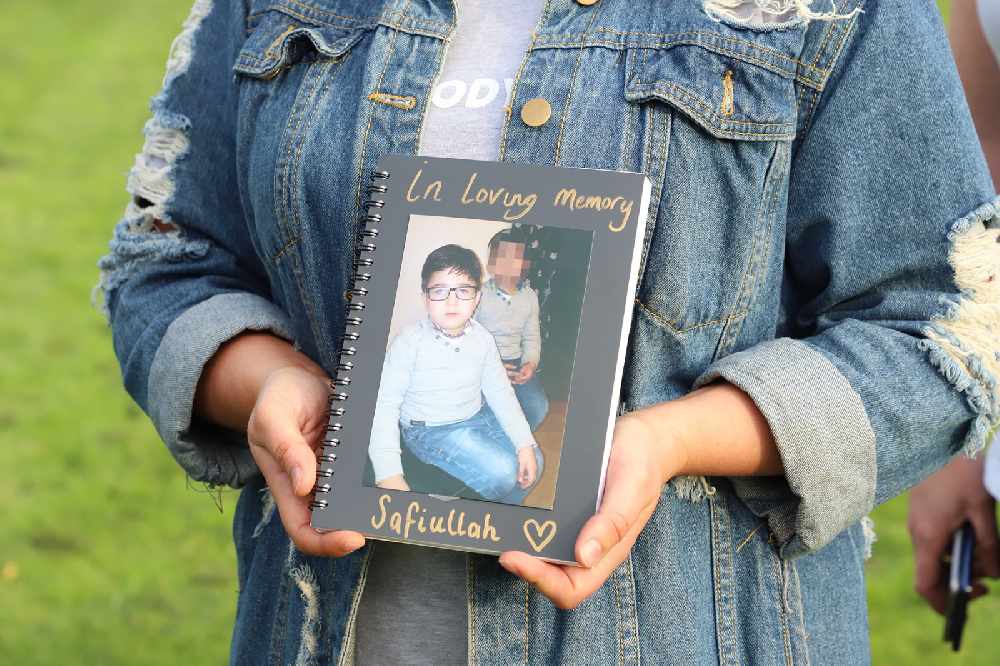 One of the organisers was Rachael Finnigan, whose son Riley was a good friend of Safiullah and was in the same class at St Peter’s CE Primary.

Mum-of-three Rachael, who works at Clockwork Day Nursery in Ashton, told the Reporter: “I didn’t expect to see so many people turn out. I was only expecting a small group. It was just so amazing to see how many people came and the community coming together at such a sad time.

“I only had a couple of days to organise it but lots of people helped to spread the word on Facebook. The idea came as I wanted to do something special for Riley to help say goodbye to his friend and I mentioned it some of the other parents at the school and they wanted to join in, so it grew from there. It was difficult to organise something which would allow for social distancing.

“We had the blessing of the family and some members of his family came along. Some of the staff from the school also attended.

“When I told Riley what had happened, he broke down in tears. He always said how his friend Safiullah was a bright and happy little boy and told me the things he had done to make him laugh and smile." 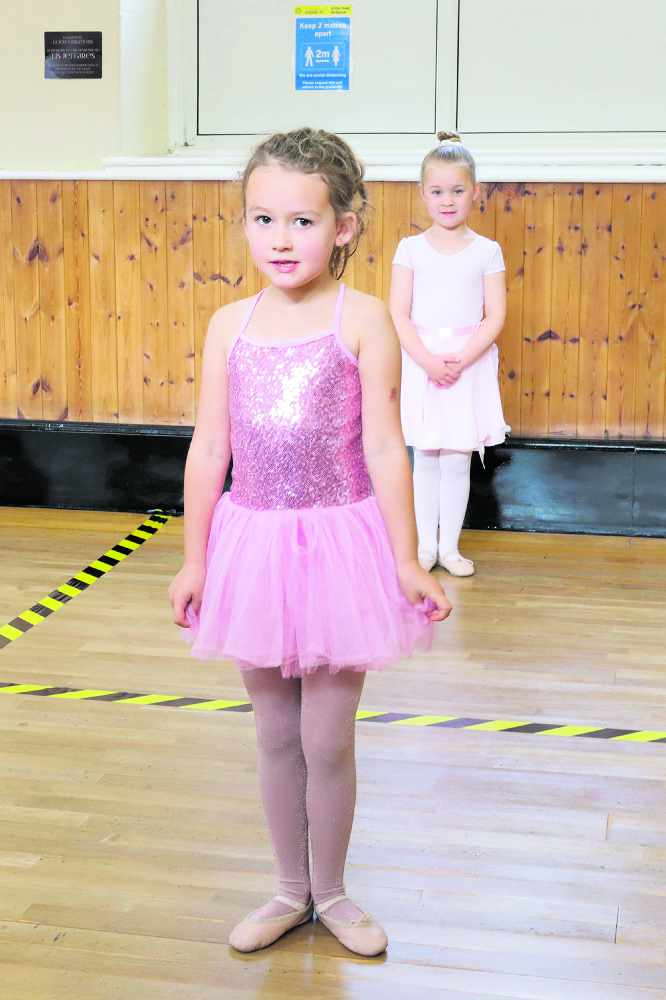 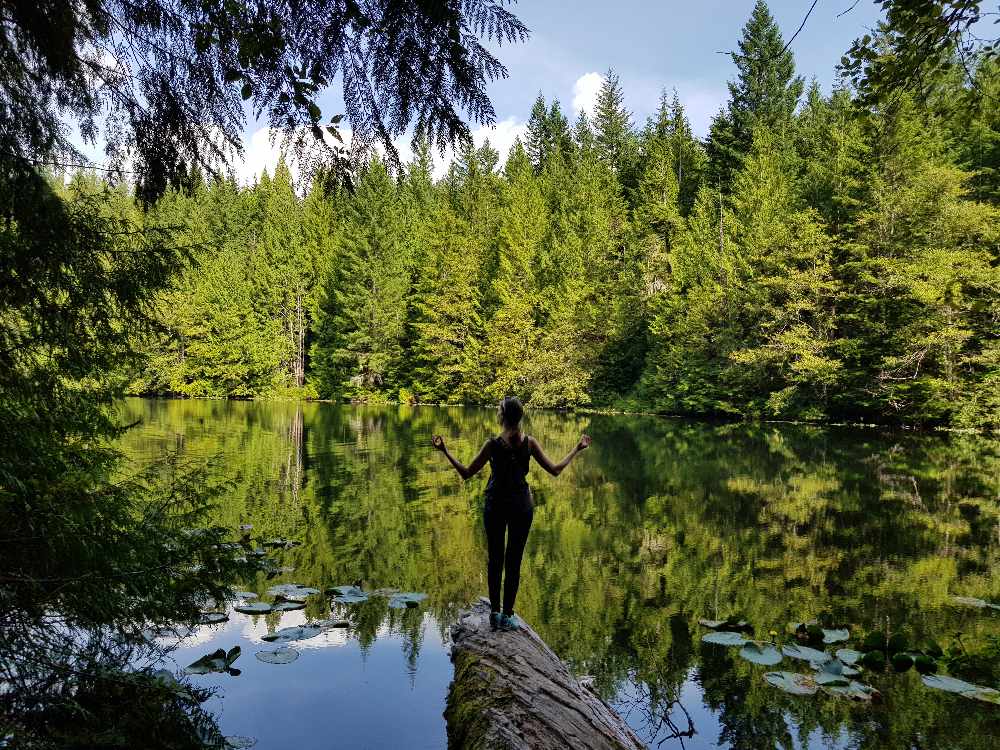 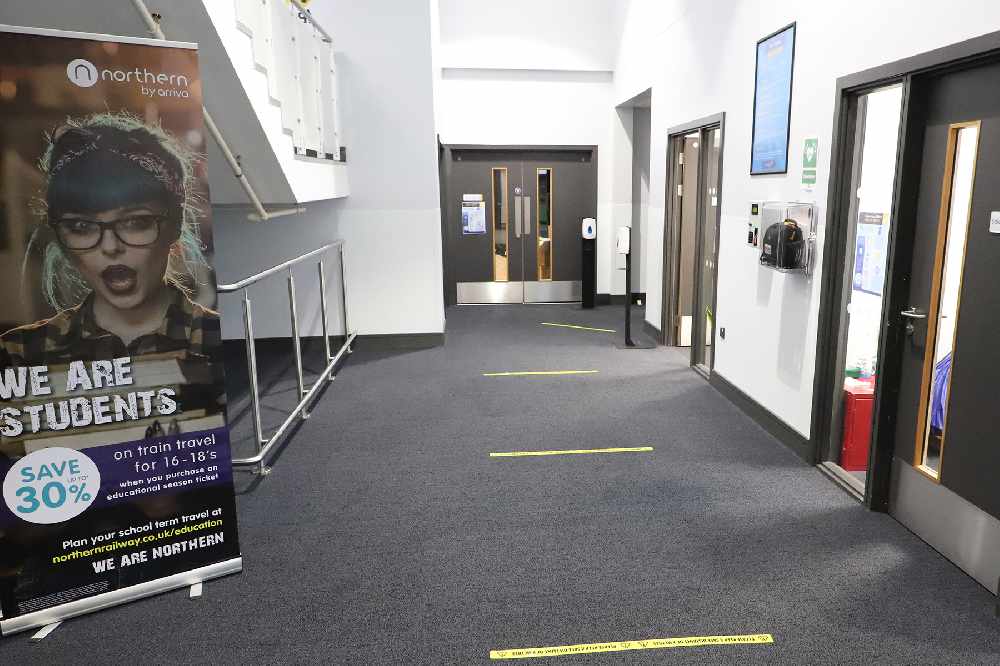 Rachael went on: “When I heard that it was an eight-year-old boy that had been knocked down, I was sick to the stomach as I had a boy of the same age but it was even more devastating when I heard it was a friend of Riley’s.

“He’s been very up and down and very emotional. He’s been coping a bit better in the last couple of days. It’s something children so young shouldn’t have to go through.

“It’s a very confusing and upsetting time for children and I thought it might be a nice way for children that were friends with Safiullah in school or around the area if we got the children (and adults) to write a note to attach to a balloon saying goodbye to their friend, then releasing the balloons up to heaven.

“We did the releasing of the balloons and read out a message to say thank you to all of the people who attended before a minute’s silence.

“Asda Ashton and Card Factory were brilliant in donating balloons. Card Factory blew up 140 balloons in one day and brought them along. It was just so nice seeing everyone pulling together at such a difficult time for Safiullah’s family.”

In a tribute, St Peter's CE Primary School said Safiullah was "an extremely popular young man" who was "so kind, caring and always had a smile on his face".

They tweeted: "As a community, we are deeply saddened by this tragedy. We have so many special memories of Safiullah. He was an extremely popular young man amongst pupils and staff. He was so kind, caring and always had a smile on his face. Our thoughts and prayers are with his family."

As a community, we are deeply saddened by this tragedy. We have so many special memories of Safiullah. He was an extremely popular young man amongst pupils and staff. He was so kind, caring and always had a smile on his face. Our thoughts and prayers are with his family 💙 pic.twitter.com/pG39vINXNc 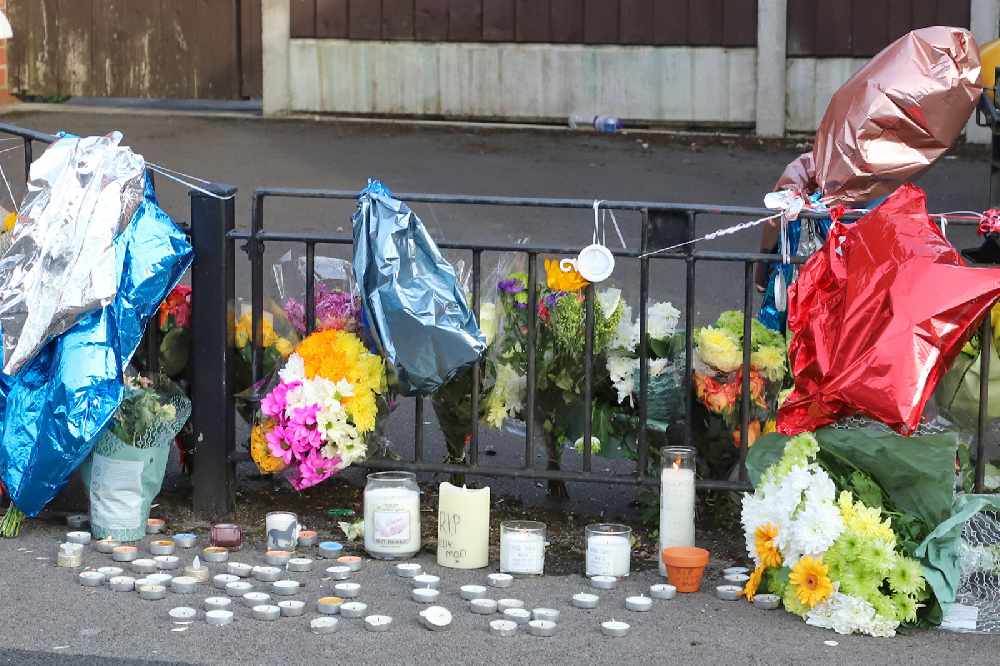 Tributes, including candles and flowers, in memory of Safiullah have also been left on Ryecroft Street in Ashton

A second man, a 21-year-old, had been arrested in connection with the incident, on suspicion of causing death by dangerous driving.