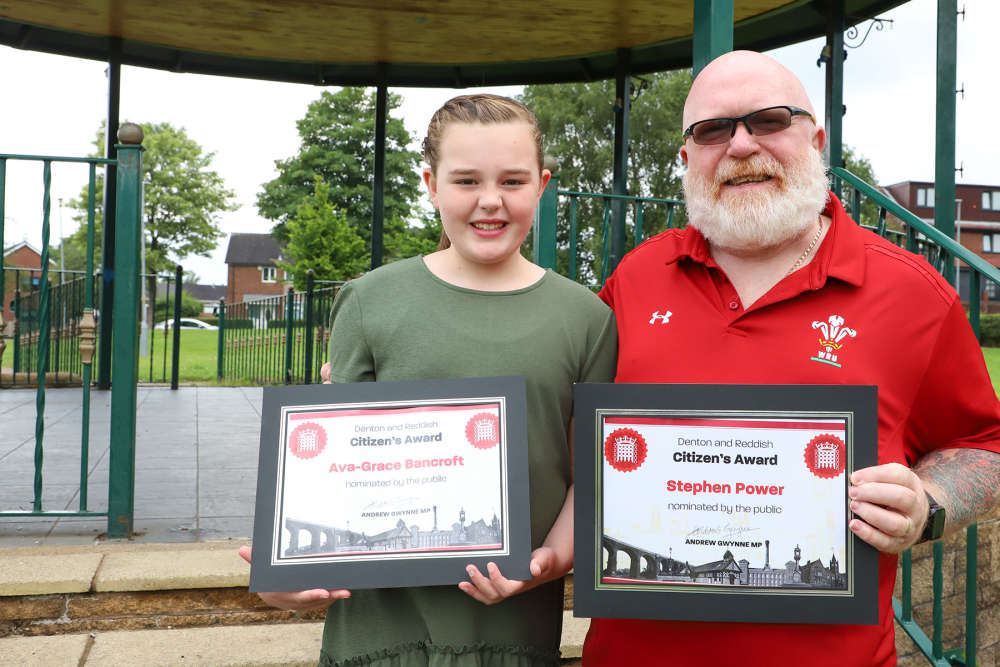 Denton MP Andrew Gwynne has recognised a Haughton Green grandad-granddaughter duo for their fundraising heroics during the pandemic.

Ava-Grace Bancroft, 9, was diagnosed with Leukaemia three years ago at just six-years-old. She faced tough bouts of chemotherapy and treatment but, at the end of 2020, she rang the bell to signal the ‘all clear’ from cancer.

During her illness she made it her mission to raise money for charity, with the help of her grandad, Stephen Power. They chose to support Royal Manchester Children’s Hospital Ward 84. 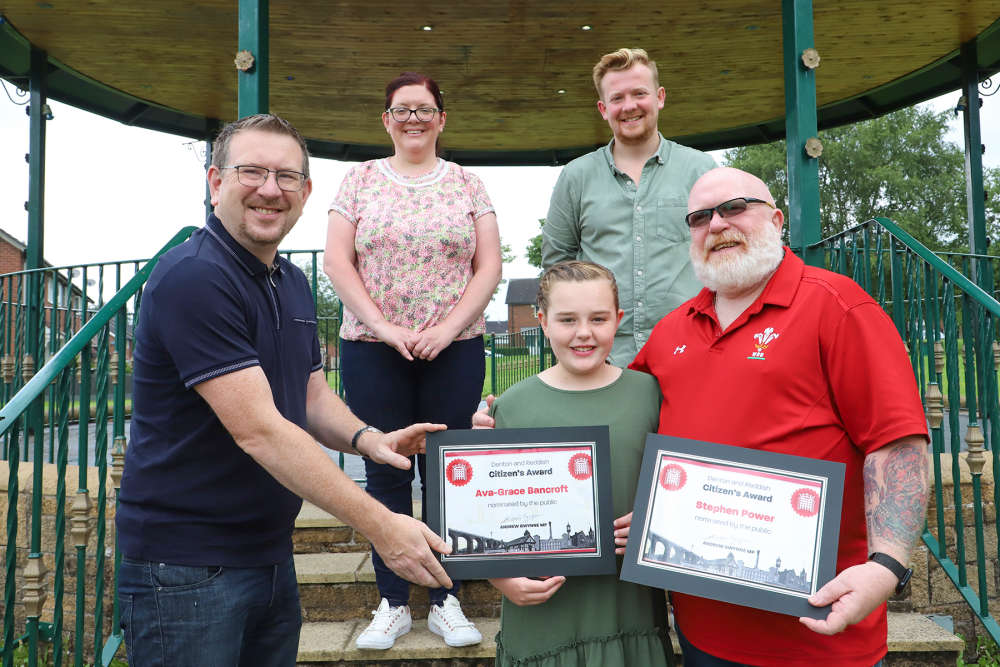 Between them they set up a Facebook page where people can donate prizes and money for children on the ward. Since the page started, Ava-Grace and her grandad have supplied those staying in the hospital with pyjamas, crafts and stationary to make their visit as comfortable and pleasant as possible. Most recently, they donated two Nintendo Switches with games for the teenagers on the ward, with Ava-Grace saying she didn’t want anyone to be overlooked, no matter how old or young.

Stephen spends a great deal of time helping Ava-Grace and her brother Nate and organises auctions and bonus ball raffles to generate as much money as he can for the cause. He has also helped renovate Ava’s family home and looks after Nate when Ava-Grace has to spend time in hospital.

Last Saturday (10 July), the pair were presented with Andrew Gwynne MP’s Citizens’ Awards for their efforts at the Bandstand on Haughton Green Road.

Gwynne MP was joined by Denton South Councillors Claire Reid and George Newton to pay their tributes to the pair. 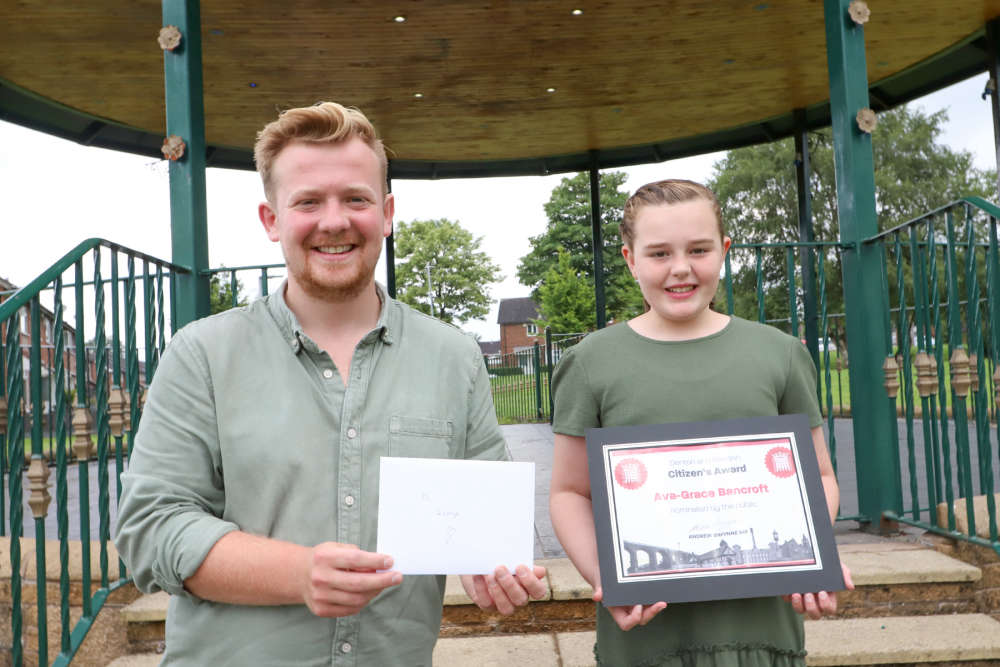 Speaking after presenting the award, Andrew Gwynne MP said: “The Citizens' Awards were started to celebrate and thank those in the local community who go above and beyond.

“I cannot think of more deserving recipients than Ava-Grace and her granddad Stephen, who have done so much to support those at Royal Manchester Children's Hospital Ward 84. They are real community heroes and should be immensely proud of what they have achieved.