Author's tribute to heroes of the Peterloo Massacre in debut novel 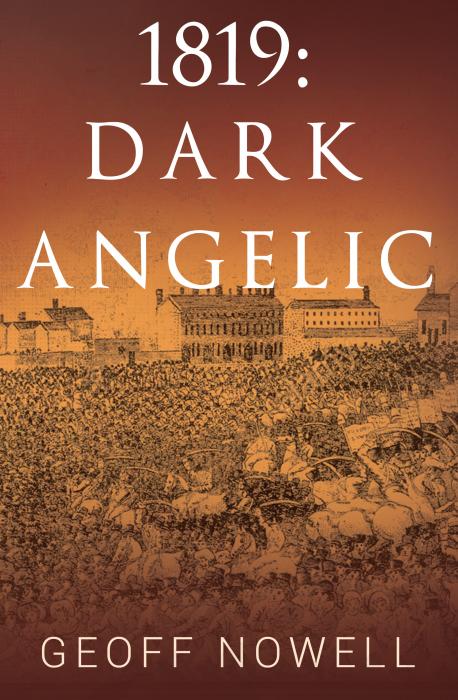 Geoff Nowell has published 1819: Dark Angelic, a story set around the climatic events of Peterloo.

Readers follow a medieval knight defending a weaver and can expect a meticulously crafted plot and a lot of care in handling the subject matter.

Since his teenage years, Geoff has been interested in the history around Peterloo and has undertaken extensive research to get the details right.

1819: Dark Angelic has taken Geoff a number of years to complete after he began penning the final draft in 2018.

He always knew he wanted to write a book, but became serious about it after joining a creative writing club in 2015. Being a member of the club reignited his passion for writing and improved his skills.

Geoff added: “It’s rewarding to get my novel published and fantastic to see it in front of me. The book is a unique tribute to the uncredited heroes of democracy.

“Peterloo is something that’s close to a lot of people’s hearts in the area. There’s a renowned female reformer from my hometown that was killed on the day and afterward a loyalist newspaper made a slur about her and the husband threatened to sue.

“That’s why when I started the book, I thought, how can I best contribute to the memory of the lives lost and injured. 1819: Dark Angelic is intended to be a tribute.”

Unfortunately, Geoff hasn’t been able to celebrate his publication above a takeaway and a night in, but he has plans to dress up in his historical regalia and hand a copy of his book to local friends.

He’s already begun a second novel and has completed the first quarter of the medieval fantasy adventure that’s sure to be another engaging blast to the past.