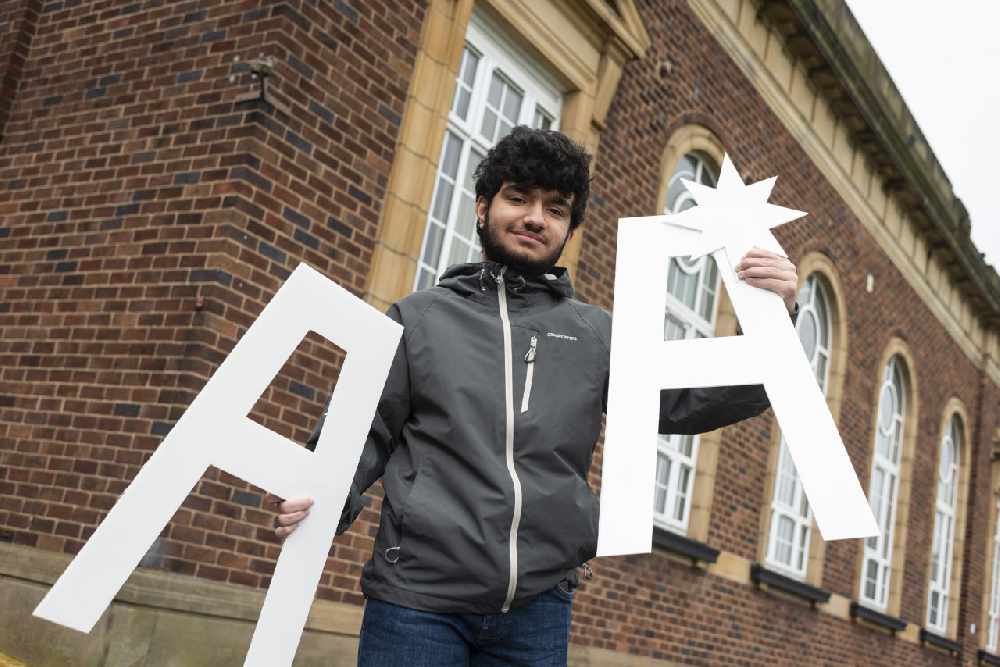 It’s been another successful year at Audenshaw Sixth Form, with the school celebrating a 99.2% pass rate at A-Level.

Twenty-three subjects saw students secure a 100% pass rate, with particular success in biology, chemistry and RE.

He said: “The results achieved by our Sixth Form students reflects their diligence and drive. They have worked incredibly hard to achieve their grades and it’s good to report that the vast majority have been able to secure the university and apprenticeships places of their choice.

“The results are also testament to the commitment of our teaching and support staff, who have dedicated so much to prepare the students for this key phase of their education.”

Ronaan Shahzad is hoping to follow in his mother and father’s footsteps in becoming a doctor.

The 18-year-old from Ashton achieved an A* in Biology and two As in Maths and Chemistry. He’s now off to study medicine at the prestigious University College London. 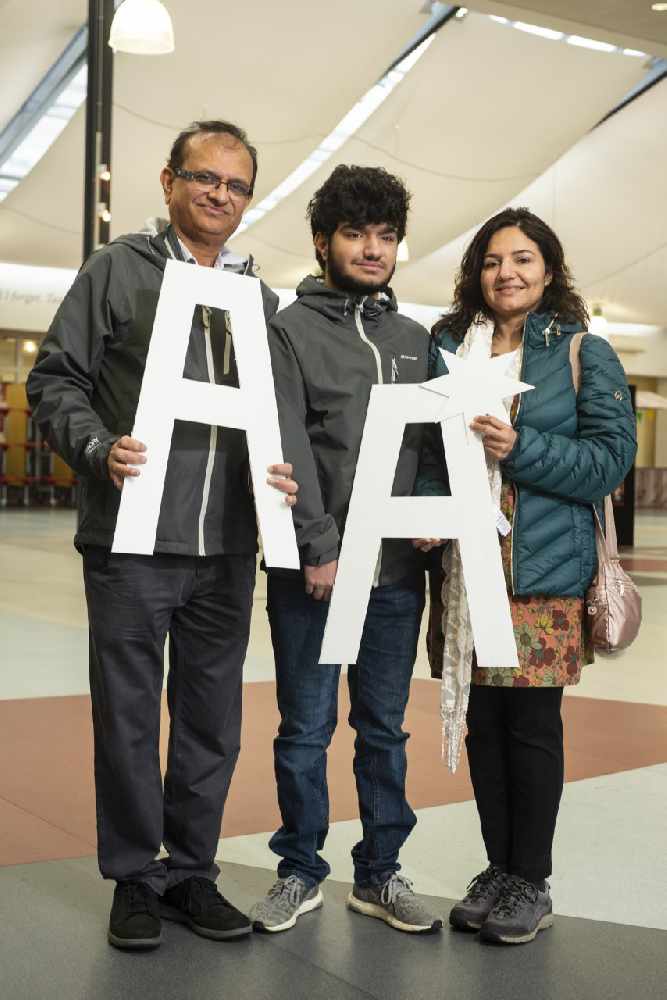 Ronaan’s mother Bazgha is a psychiatrist and his father Jamil is a cardiologist. He’s long been determined to go down a similar path.

“It’s been my ambition to go into medicine for many years- all my family are involved,” he said. “I’m really thankful for the support of the teaching staff here at Audenshaw.

“They have always encouraged me and wanted me to be as ambitious as possible. Now I am really looking forward to studying for me degree.”

Father Jamil added: “We’re really proud of Ronaan. He has worked very hard and he deserves this success.”

Chloe Davies, 19, has praised her Audenshaw teachers after securing a place at Sheffield University to study chemical engineering. The Droylsden student gained an A in maths, and Bs in chemistry and PE.

“I’m really excited to have gained a place because I really want to have a career in chemical engineering,” she said. “It’s an interesting sector that’s constantly changing and there are lots of different aspects to it. 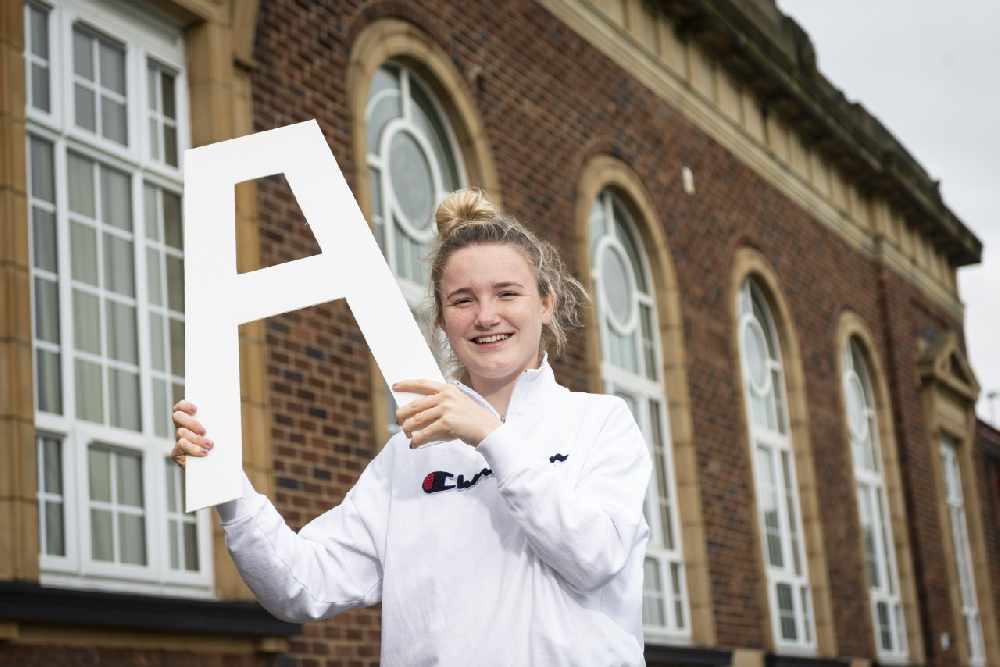 “Sheffield is one of the best universities in the country for engineering. They’ve invested massively in the facility and I am really looking forward to starting the course.

“The teaching staff here at Audenshaw were so good I know I wouldn’t have been able to do as well without their help.”

19-year-old Samantha Caldwell from Haughton Green was bubbling with joy after making the grade for her dream university place.

She gained the required A in English and Bs in RE and history needed to study English at Leeds University. 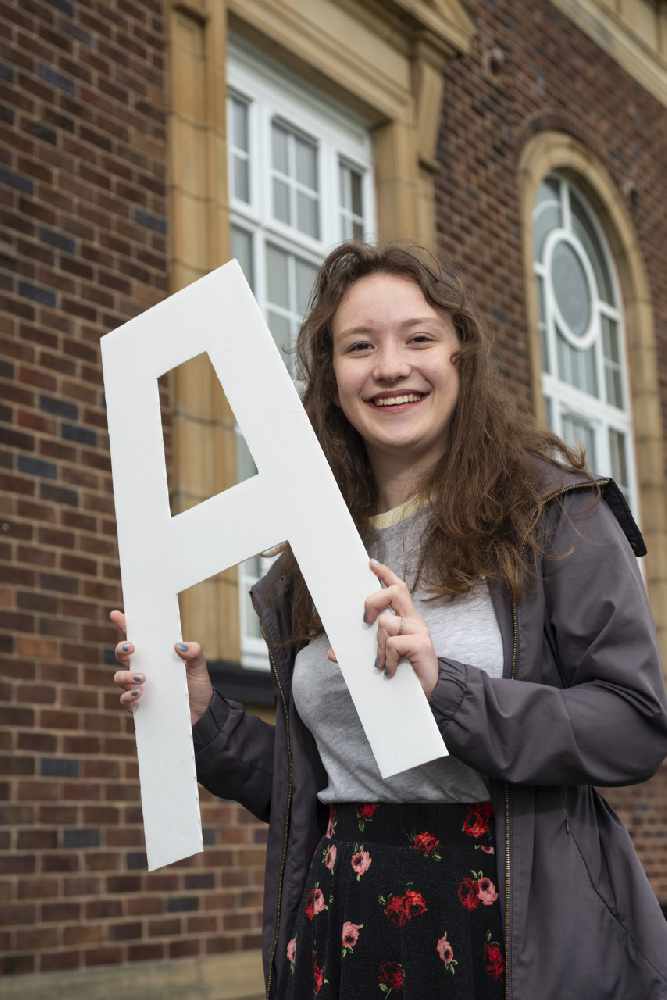 “I had a really good feeling about Leeds when I went for a look around and the way the course is structured really appealed to me, so I am absolutely delighted to have got the grades I needed,” Samantha said.

“The teachers have all been incredibly supportive and they’ve all had a passion for their particular subjects which was really helpful.”

Politics student Connor Smyth has set his sights on the top job after collecting his results this morning. The 18-year-old would love to become Prime Minister following his time at Audenshaw Sixth Form.

Connor, from Droylsden, was celebrating great set results after achieving a trio of Bs in politics, English literature and history. Now, after seven years at the school, he’s preparing to go to Durham University to study politics and international relations, but is looking ahead further than that. 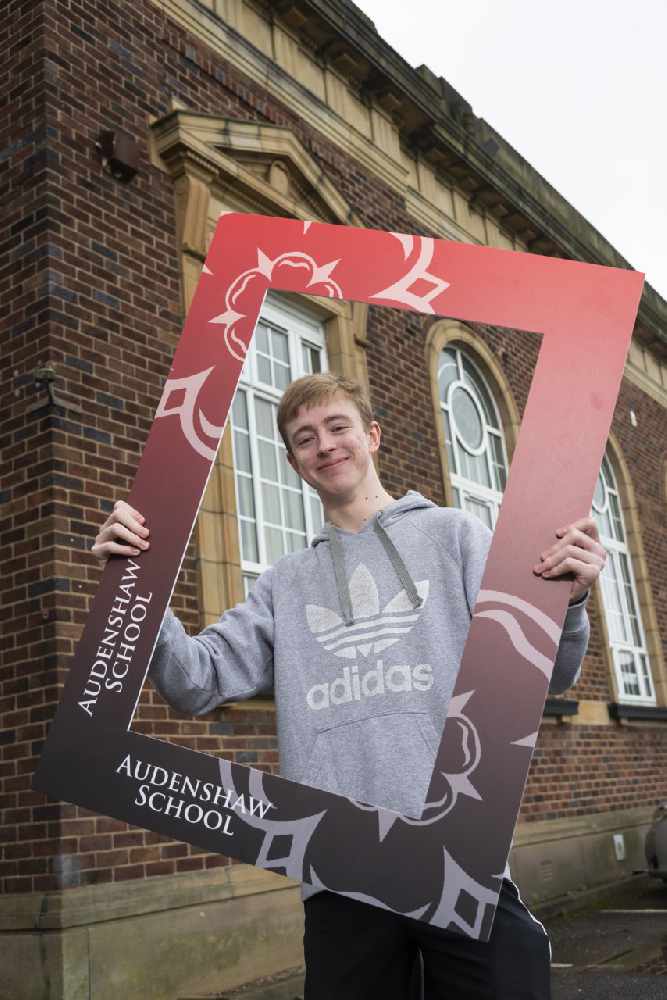 Connor was celebrating a trio of great results after seven years at the school. He achieved Bs across the board in politics, English literature and history. He is now preparing to go to Durham University to study politics and international relations, but he is looking ahead further than that.

He said: “I’ve got a few options – one is Prime Minster! Failing that, I might become a solicitor or work in the civil service. I’m looking forward to getting away and being independent. Durham is a really great place with a great university, and I can’t wait to start something new.”

Although he was looking to the future, Connor said he was going to miss his time at the school.

“It’s been seven years so it’s quite emotional,” he said. “The staff have been very supportive and, I’d say, very present. They definitely motivated us and made sure we were pushed. I’ve always wanted to do something with politics but my teacher, Mr Howard, encouraged me and made me feel like I wanted to pursue politics as a career.”

Momin Shahzad has his sights set on Google or IBM after a hat-trick of fantastic results. 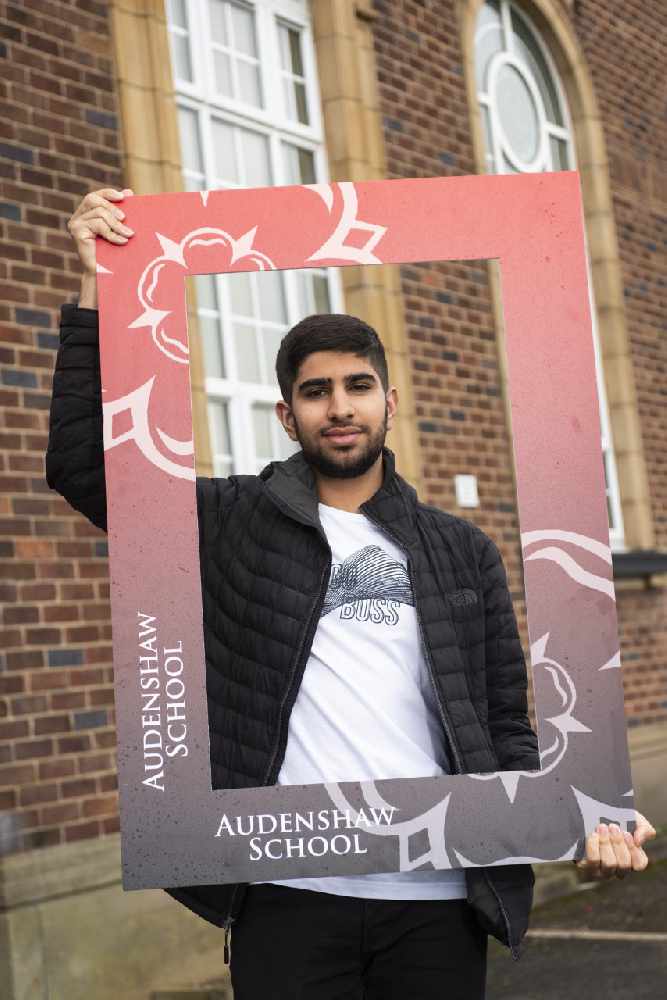 Momon, from Ashton, has also spent seven years at Audenshaw, having progressed to the sixth form after high school. He was pleased with the results of his time at the school.

He said: “The staff have been great and I’ve enjoyed being in the sixth form. The maths exam was really tough, even though I’d done lots of revision. I’m really pleased with my results, though, because I’ve done enough to get on the course I wanted – my hard work has paid off."

Momin intended to celebrate with his family and friends after collecting his results.

He said: “I’ve always wanted to do computer science and go into programming or something like that. I’d love to work for a huge company like Google or IBM, that would be my dream.”