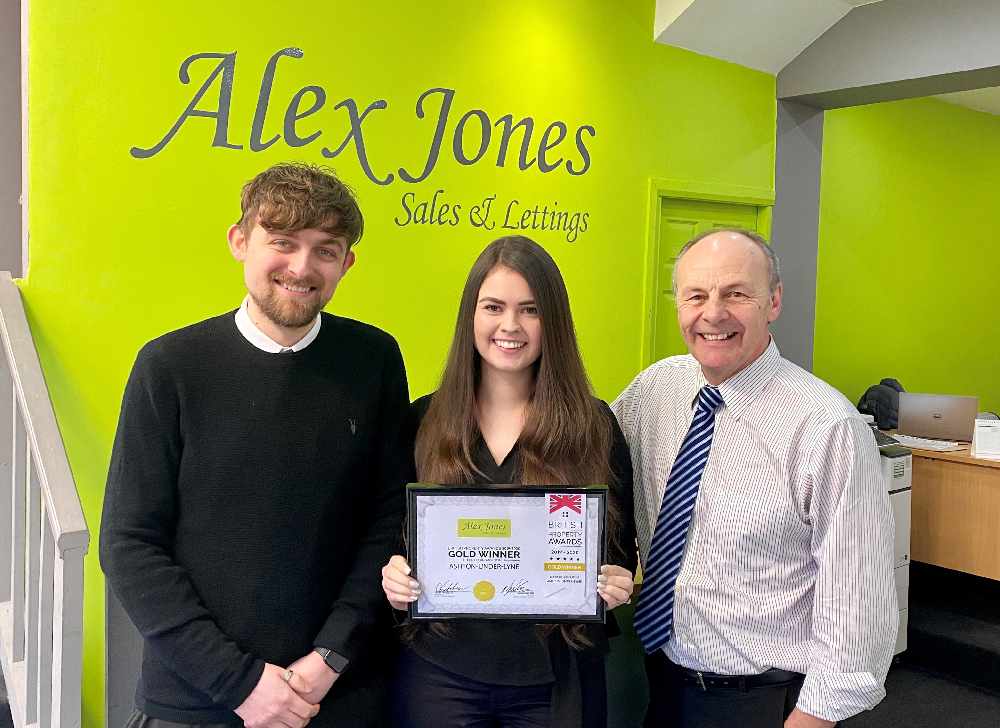 The awards focus on recognising agents who go that extra mile against the local competition and rewards them with the accolade of being the best in their area.

Alex Jones Sales and Lettings were judged to be Ashton-under-Lyne’s Gold Winner after their team performed outstandingly against comprehensive and detailed judging criteria in a series of mystery shopping exercises.

The team at Alex Jones performed so well throughout the extensive judging period that they have also been shortlisted for a number of national awards which will be announced later this year.

Alex Bowden, Director of Alex Jones Sales and Lettings, said: “As a local, independent agent we are delighted to have been recognised as the best in the area for our outstanding customer service. Our clients are at the heart of everything we do, and we take great pride in building strong relationships with our landlords and tenants.”

He added: “We are extremely proud of our team and how hard they work so it is a testament to them that we have received this award.”

Robert McLean from The British Property Awards said “Our awards have been specifically designed to be attainable to all agents, removing common barriers to entry, such as cost, to ensure that we have the most inclusive awards. Our awards have also been designed to remove any opportunity for bias or manipulation. If an agent has been attributed with one of our awards, it is simply down to the fantastic customer service levels that they have demonstrated across a prolonged period of time. Winning agents should be proud that their customer service levels provide a benchmark for their local, regional and national competition”.