As you were for Labour in Dukinfield 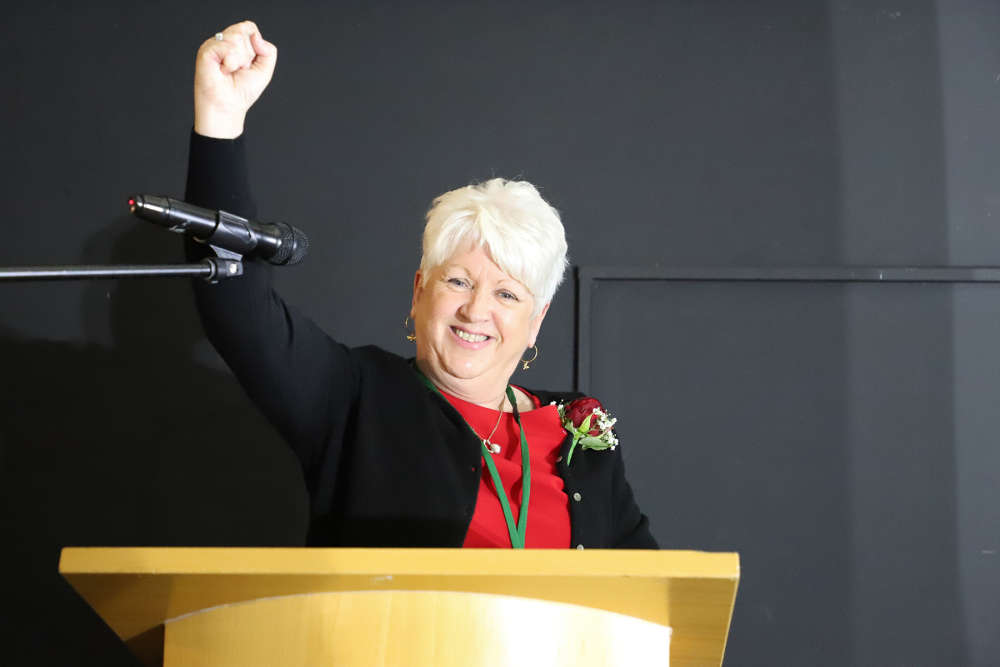 Jackie Lane was all smiles after her re-election. Image: Nigel Wood.

There were no surprises in Dukinfield in the Tameside Council local elections, as long-serving Labour Councillor Jackie Lane once again retained her seat.

She secured an almost 58 per cent share of the vote, leaving James Cooper for the Conservatives and Julie Wood for the Greens a relatively distant second and third.

It was a result similar to last year and also four years ago, when Jackie also retained the seat, although her share was only slightly down this time compared to 2018.

She thanked everyone involved in her campaign and to all the residents of Dukinfield who had put their faith in her to vote for her once more.