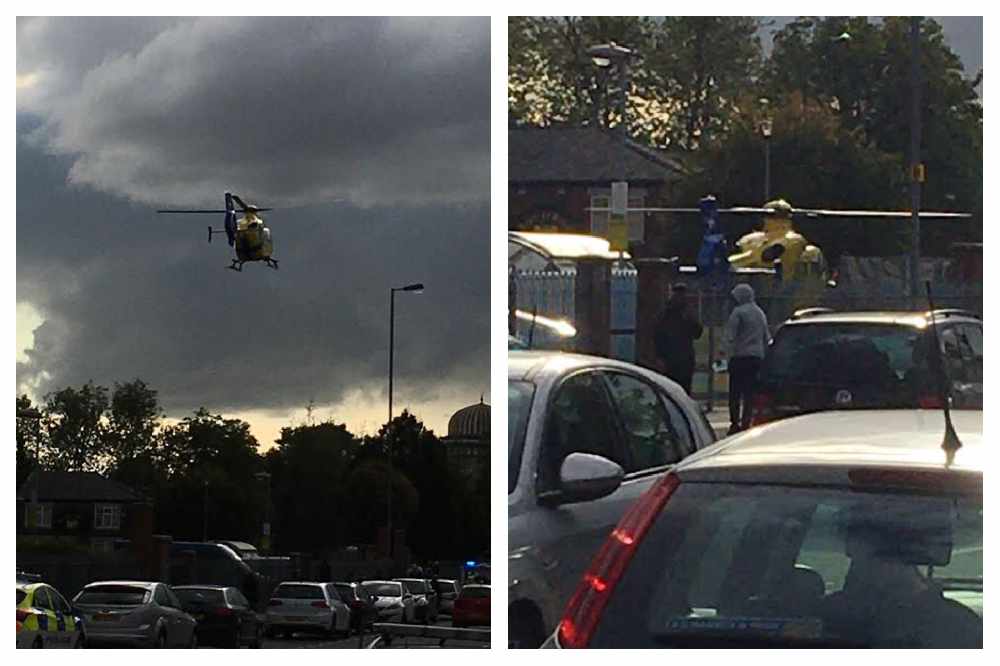 Two people were arrested and a dog was seized after two men were injured during what police have described as 'an assault with weapons' in Ashton.

Images shared on social media show a convenience store being taped off with police outside, as well as an air ambulance landing nearby.

Police have now confirmed more details about the incident and are appealing for witnesses.

A spokesperson for Greater Manchester Police said: "Just before 3.50pm yesterday (1 October 2020), officers were called to a report of an assault with weapons near Moss Terrace on Katherine Street in Ashton-under-Lyne.

"A 35-year-old and a 41 year-old were arrested on suspicion of assault and a dog was seized under the Dangerous Dogs Act.

"They remain in custody at this time."

The North West Ambulance Service have confirmed that they attended with two ambulances, an air ambulance and advanced paramedic. They also said that two patients were taken to hospital.