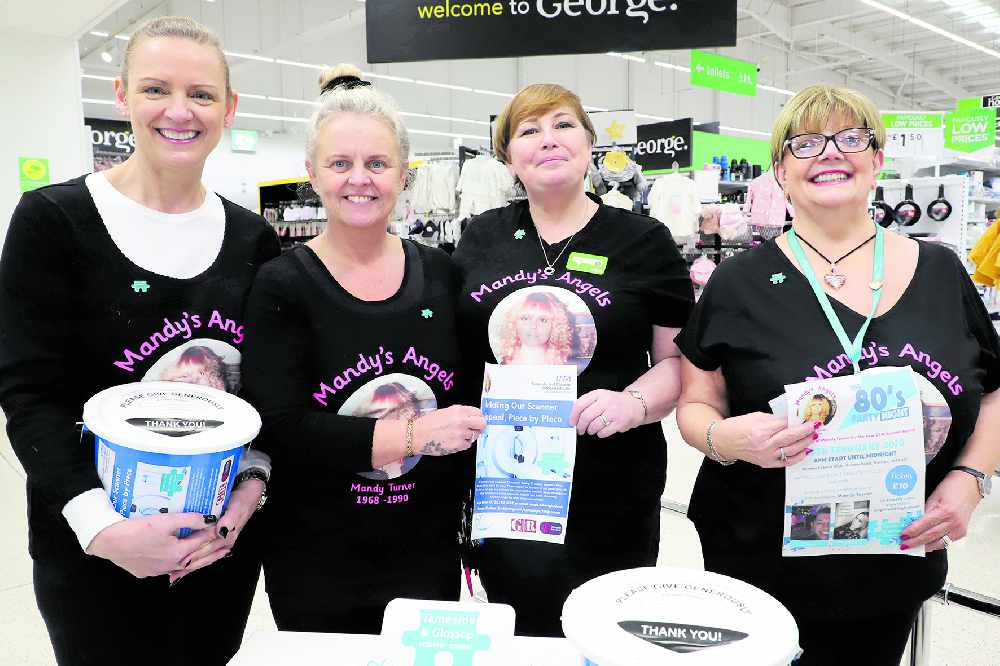 An 80s’ night fundraiser promoted by Mandy’s Angels on behalf of the Tameside Hospital £1m CT scanner appeal is already a sell-out.

The fundraising event is being organised by the group in memory of Mandy Turner - who spearheaded a campaign to raise £1m for a scanner at the hospital exactly 30 years ago.

Now the hospital is hoping to do it all over again to buy a brand new scanner, in an appeal backed by the Tameside Reporter and Tameside Radio.

After the 80s’ night was promoted on Tameside Radio by Mandy’s Angels and soon after the Reporter and Chronicle hit the streets last Thursday, all 200 tickets for the event had been snapped up.

The group had been planning to sell the tickets at Asda in Hyde on Saturday, plus collect funds for the appeal following their official launch last week. 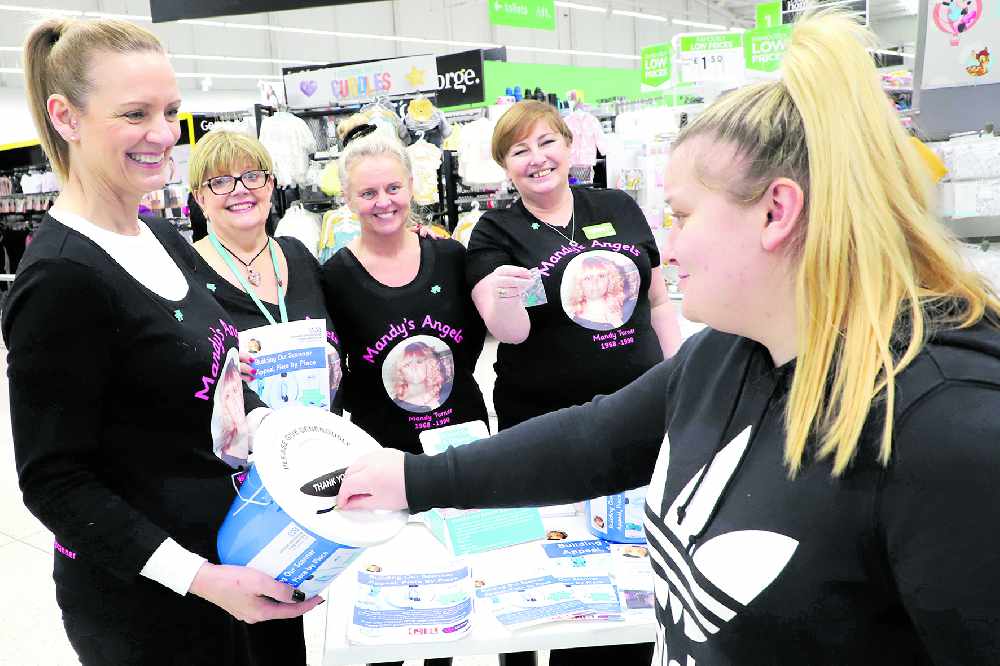 But before they had even set up stall, the tickets had gone.

That didn’t stop the group selling jigsaw badges for the appeal and collecting donations for the fund though at Asda where they raised more than £200 for the appeal.

The 80s’ night will be staged at the end of next month at Denton Labour Club and promises to be a fabulous and successful night with raffles and an auction set to keep the vital funds rolling in.

Watch out for Mandy’s Angels as they continue with other fundraisers, plus plan other big events for throughout the year - just watch this space or find out more on their own Facebook page.

Don’t forget, you can join in with fundraisers, help Mandy’s Angels or stage your own event - just email Angie with details of what you would like to do at angie.wild@tgh.nhs.uk

Plus you can also donate online at justgiving.com/campaign/tangscanner