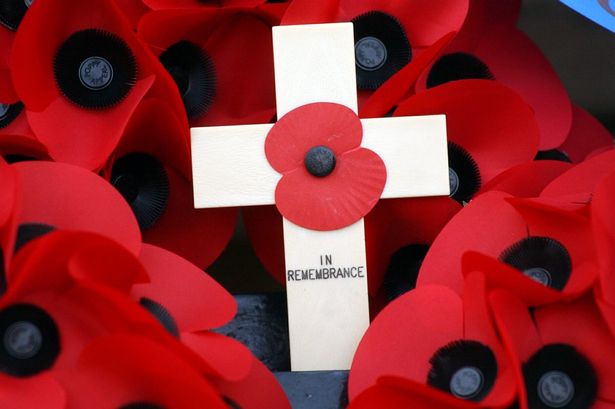 Five days after the signing of the Armistice on Monday, November 11, news of the peace was filling the pages of the then Ashton-under-Lyne Reporter.

Almost a week after the declaration, reported in the edition of Saturday, November 16, thanksgiving services were being organised for the next day - Sunday, November 17.

But although November 11 was known as Armistice Day and the last day of the war, across much of the Western Front the fighting continued and soldiers lost their lives literally in the very last minute of the conflict.

After three days of intense negotiations in a rail siding just outside of Compiegne, the German delegation that had been brought to the personal carriage of Marshall Ferdinand Foch was ordered by its government in Berlin to sign any terms put on the table by the Allies.

Twenty-two years later in 1940 and Hitler forced the French to sign an armistice on German terms in the very same railway carriage.

But by November 1918 Germany was on its knees, and there were chronic food shortages caused by the British naval blockade.

The Armistice itself was signed at 5.10am with the ceasefire at 11am to allow the news to travel to the many parts of the Western Front.

On the Western Front though the early morning represented just another normal day in the war and officers ordered their men into combat.

Many of the final casualties were at Mons in Belgium – ironically one of the first major battles of the war in 1914.

In a cemetery just outside of Mons in the village of Nouvelle, there are nine graves of British soldiers, five from August 1914 and four from November 11, 1918.

The Commonwealth War Graves Commission’s records reveal that 863 Commonwealth soldiers died on Armistice Day, although the figure also includes those who died on the day but from wounds suffered previously.

The last British soldier killed in World War One was Private George Edwin Ellison of the 5th Royal Irish Lancers.

The last Commonwealth soldier to die was Private George Lawrence Price of the Canadian Infantry (2nd Canadian Division) who was killed at Mons at 10.58am - just two minutes before the official end of the war.

While the last French soldier to die was Augustin Trebuchon from the 415th Infantry Regiment.

He was a runner and was in the process of taking a message to his colleagues at the front informing them of the ceasefire.

The last Allied soldier to officially die in the war was killed in the very last minute.

He was American soldier Private Henry Gunter who died at 10.59. His unit had been ordered to advance and take a German machine gun post.

It is said that even the Germans, who knew of the ceasefire, tried to stop the Americans attacking, but when their efforts failed they fired and Gunter was killed.

His divisional record states: “Almost as he fell, the gunfire died away and an appalling silence prevailed.”